After Heydon and Carmody, does Australia need a new test for judicial recusal?

The idea of a judge determining the credibility or completeness of their own version of events is simply indefensible, writes Gabrielle Appleby. 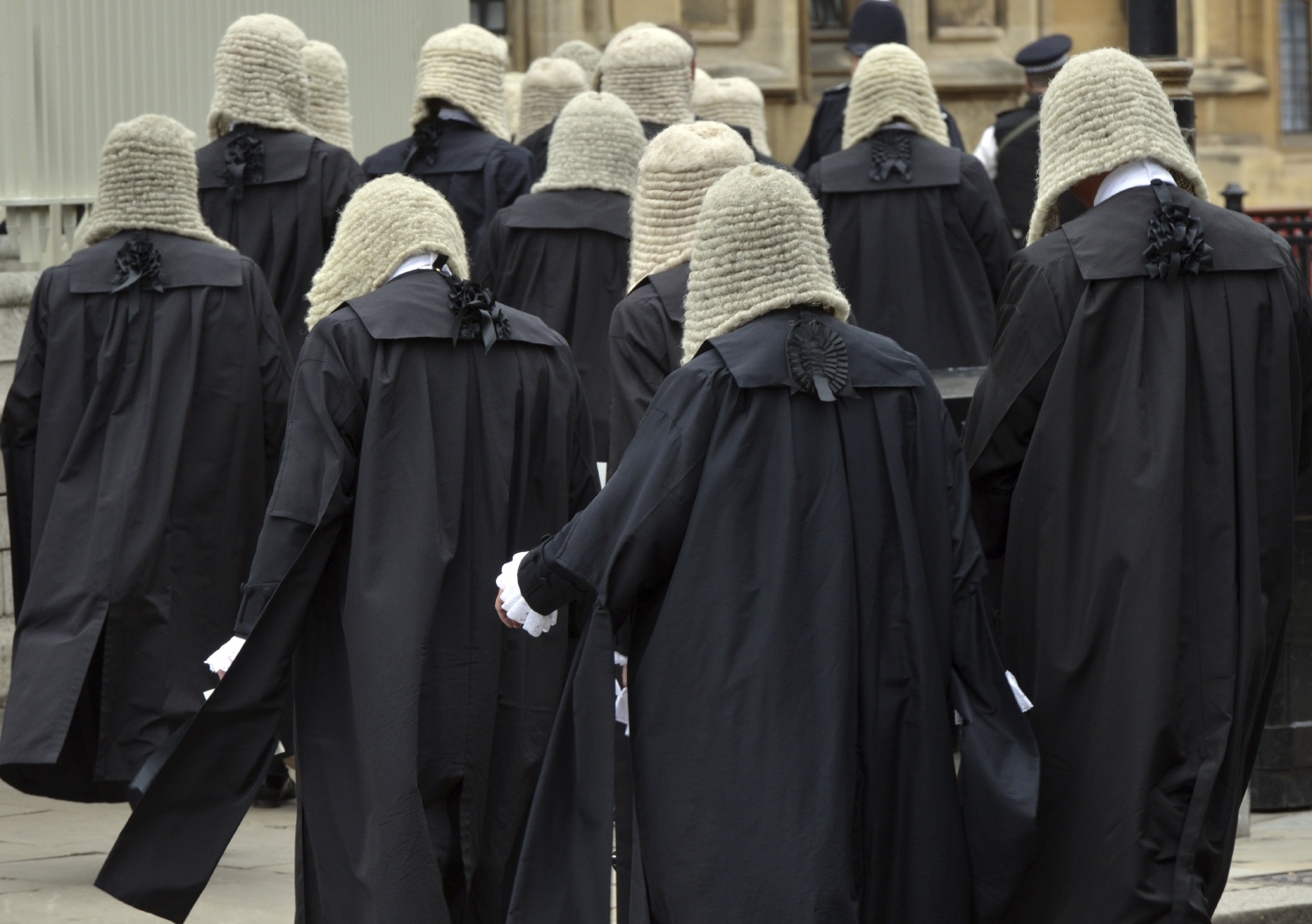 OPINION: In recent months, two high-profile cases have illustrated why the apprehended bias procedure for recusal is in need of reform. Earlier this week, Dyson Heydon AC QC refused to step down as the royal commissioner investigating corruption in trade unions.

In May, former Queensland chief justice Tim Carmody eventually agreed to step down from Brett Cowan’s murder appeal, but not before he had been accused of being unable to decide the issue impartially.

Under the Australian procedure for determining disqualification for bias and apprehended bias, applications are made in the first instance to the judge against whom bias is alleged. The judge must apply the test of whether a “fair-minded lay observer” might reasonably apprehend that they might not be impartial.

Australia is not alone in this. Self-disqualification is also accepted practice in the UK, the US, Canada and New Zealand. Similar practice applies to other government decision-makers, such as royal commissioners, although some accommodation is made for any differences. For simplicity, I will refer to the rule as it applies to judges.

American professor of judicial ethics Charles Gardner Geyh has argued that the self-disqualification procedure creates a suspicion that:

… the fox is guarding the hen house.

Heydon and the ‘strangeness’ of self-disqualification

Heydon refused to find that he was affected by apprehended bias on the basis that he had accepted an invitation to speak at a Liberal Party fundraiser. His decision was widely criticised, and the unions may yet seek to have it reviewed in the courts.

In his reasons, Heydon observed that:

… it might seem strange that a person complaining about the bias of a royal commissioner should make application for disqualification not to a court, but to the person accused of bias or apprehended bias.

Heydon commented that an ordinary member of the public would likely muse:

Heydon doesn’t answer his question. Rather, he simply states that it is “at least a custom and, leaving aside exceptional circumstances, possibly also a rule of law” that the first-instance decision about apprehended bias is made by the person against whom the allegation is brought.

It might be a custom and even a legal rule, but it has not gone without criticism even from within the legal community. Former High Court judge Ian Callinan once argued that the practice “place[s] a judge in … an invidious position”. He suggested that the decision ought to be made by another judge, because:

That procedure would better serve the general public interest and the litigants in both the appearance and actuality of impartial justice.

What Callinan, and to a lesser extent Heydon, is acknowledging is that there are inherent shortcomings – not least in relation to public perception – in a procedure that asks judges to make objective and rational assessments about how their own conduct, relationships or interests might appear to others.

Behavioural psychology research into what is known as the “bias blind spot” reveals that all humans – judges included – will struggle to apply such a test. This research demonstrates that we all tend to think that we are ourselves capable of making objective and rational decisions, and we also all tend to doubt that others have the capacity to do so.

When a judge is asked to assess their own objectivity by reference to the perspective of a third person, the bias blind spot compounds the likelihood they will get it wrong.

Heydon’s refusal to recuse himself also reveals another shortcoming of the self-disqualification procedure. The judge will often have to rely upon information that they reveal, and may even require a judge to determine whether to prefer their version or interpretation of events to that of others.

Heydon made what he referred to as a “contextual” statement at the start of the application as to his knowledge of the Liberal Party event. He accepted that the fair-minded lay observer would believe his evidence that, for example, as he has no personal computer, he is “incapable of sending or receiving emails” and so they must be printed for him, and therefore he did not read the attachments of emails that were crucial to the apprehended bias claim.

It was also revealed at the hearing that Heydon had not disclosed to the parties making the application all of the relevant email correspondence pertaining to his invitation to speak at the event. Counsel for the Australian Council of Trade Unions lambasted Heydon. He argued that the fair-minded lay observer would be “most perturbed” – even “horrified” – by Heydon’s failure to disclose the relevant information.

Carmody and the ‘bizarre bias sideshow’

Heydon’s case is not an isolated example of the disqualification procedure’s shortcomings. In May, Carmody stepped down from hearing Cowan’s appeal of his conviction for Daniel Morcombe’s murder in an episode that also raised eyebrows.

The allegations against Carmody were that, after the Court of Appeal had heard arguments in Cowan’s appeal but before it delivered judgment, Carmody had met with a prominent child protection advocate who had made public statements that Cowan was guilty.

Carmody revealed these meetings to Cowan’s lawyers, but indicated when he did so that he did not believe they gave rise to apprehended bias. Nonetheless, Cowan’s lawyers brought an application for his disqualification.

In an unusual move, based on Carmody’s claim that he did not think he was affected by apprehended bias, Cowan’s lawyers challenged Carmody’s impartiality in determining his own impartiality. They asked instead that the full Court of Appeal determine the application.

In an even more exceptional turn of events, Carmody tabled in court a number of internal emails between himself and other members of the Court of Appeal. This gave a firsthand view of Carmody’s reaction to the application. The emails revealed that Carmody was vexed by the application for the whole court to hear the matter, and that he maintained that the argument he was affected by bias was “utterly preposterous”.

Carmody’s remarks reveal that, when a party brings an application for apprehended bias, at least some judges feel threatened and outraged by the suggestion that they might be biased. This will not be such a revelation to practising lawyers. Most lawyers appreciate that an apprehended bias application should not be made lightly.

Such applications are likely to incense some judges. If it is unsuccessful, a party may suffer in the substantive case. Lawyers will also be wary because they will have to appear before the judge in future cases.

Eventually, Carmody announced he was withdrawing from the case. This was not because he thought that he was affected by apprehended bias, but to avoid delaying justice for the Morcombe family, to preserve public confidence in the justice system, and so as not to prolong what he referred to as “this bizarre sideshow”.

There are undoubtedly efficiencies that are gained from having judges self-determine claims of bias and apprehended bias. Delay and costs would be incurred if, every time an application was made, a second judge had to be brought in.

Unscrupulous parties might even abuse such a process strategically to string out a particularly expense piece of litigation, or a time-sensitive one.

There is also a danger that such a procedure will encourage judges to step aside even when the test for apprehended bias is not satisfied, thus giving rise to potential “judge-shopping”. The danger is that, to avoid the inconvenience and potential embarrassment of a second judge finding that they are affected by apprehended bias, a judge may simply step aside when an objection is raised.

This is sometimes referred to as a “prudential recusal”. It is generally endorsed as an appropriate practice, but the High Court warned that no judge should “automatically disqualify” themselves as it might lead to the “intolerable” position of individual parties being able to influence which judge decides their dispute. It may also lead to a flood of apprehended bias claims.

Despite its efficiencies, the Heydon and Carmody sagas reveal that the current procedure for determining apprehended bias is unsatisfactory and is apt to injure public confidence in the judicial system, not promote it. Important reforms could be relatively easily achieved.

First, where a judge is sitting as part of a panel – for example when Carmody was sitting as one of three judges on the Queensland Court of Appeal – the panel of judges should determine whether the test for apprehended bias is satisfied.

This is a practice that former High Court chief justice Sir Anthony Mason argued ought to be adopted. The South African Constitutional Court adopted it in 1999.

Second, to avoid some of the potential inefficiencies, where a judge is sitting alone, a second judge could be brought in to determine an application for disqualification only where the challenged judge has first determined that there is a reasonably arguable case for disqualification.

Finally, if there is any question as to whether the judge has made full disclosure of information in relation to the application, or has to make a judgment about the credibility of the facts that the judge has revealed about their own conduct, the decision ought to be referred to a second judge.

The idea of a judge determining the credibility or completeness of their own version of events is simply indefensible.