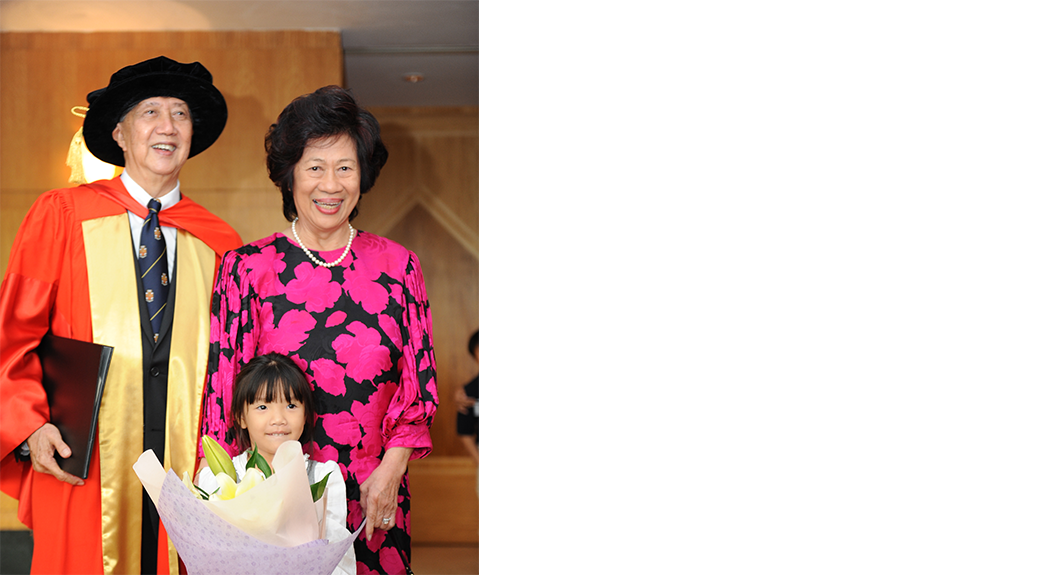 We were deeply saddened to hear that Dr Ben Chng (BBuild ’67, HonDUniv ’10) died suddenly from a heart attack in January 2015.

Ben was a quiet achiever who loved his family and worked tirelessly for his local community and friends. He was one of our dearest graduates, grateful for the opportunities his UNSW qualifications afforded him during his career.

Speaking during UNSW’s 60th Anniversary celebrations in 2009, Ben said that his University experience taught him many life lessons. “At University I learned not only about my area of specialisation, but also the value of tenacity and perseverance. The sound education I received and valuable experiences helped mould my character.”

As a devoted alumnus of the University, he served as President of the UNSW Singapore Alumni Chapter. In 2010, he was recognised with the University’s highest honour, Doctor of the University honoris causa, for his professional achievements and extensive community work.

Throughout his career with WT Partnership in Australia and Asia, Ben made significant contributions to the building industry. Since its establishment in 1962 in Singapore, WT Partnership has taken part in the dramatic expansion of building construction and civil engineering projects in the Far East and South-East Asia.

Right up until his death, Ben was also the principal of MRBC Partnership, Brunei, a quantity surveying consultant to the Brunei Ministry of Development.

He was also deeply involved with his community at various times, serving as a council member to the Singapore Cancer Society and St. John’s Ambulance Brigade, as a president of Rotary Club of Singapore-West (1975-1976), and a chartered member of Rotary Club of Sentosa. He was elected district governor for Rotary International District 3310 overseeing Rotary Clubs in Singapore and Malaysia (1994-1995).

Over the years, Ben and his wife Lily were regular guests at the annual Alumni Awards and Town and Gown dinners. At one event in 2009, he pulled up outside the Scientia Building in a pale blue Volkswagen Beetle, similar to the one he drove during his UNSW student days. Ben fondly recounted a road trip he and Lily took to the Blue Mountains in his little Beetle nearly five decades earlier.

Because he had struggled financially at UNSW, Ben said he did not want other students to face the same hardship. “As a private student who was not on a scholarship, the financial burden to support myself meant that many sacrifices had to be made in terms of non-participation at social functions organised by the University or by student clubs,” he said.

So Ben’s memory will live on through the Lily and Dr Ben K C Chng Scholarship, that enables Singaporean students from disadvantaged backgrounds to study at UNSW’s Built Environment Faculty.

When Professor Alec Tzannes, Dean of Built Environment, awarded the scholarship at May’s prize ceremony, he said he was filled with both sadness and admiration. “Ben was a distinguished alumnus and one of our first Singaporean students in what was then called the Bachelor of Building. Following the completion of his studies with us, Ben returned to Singapore and enjoyed a long and very successful career.”

We will all remember Ben with great fondness as an outstanding, yet humble and gracious man, who did all he could to make a positive difference every day in his own quiet way.

Ben is survived by Lily and their children John, Joanne and Angeline, and their partners and seven grandchildren.