DNA research has revealed some surprising aspects to our evolutionary history during the past 50,000 years, writes Darren Curnoe. 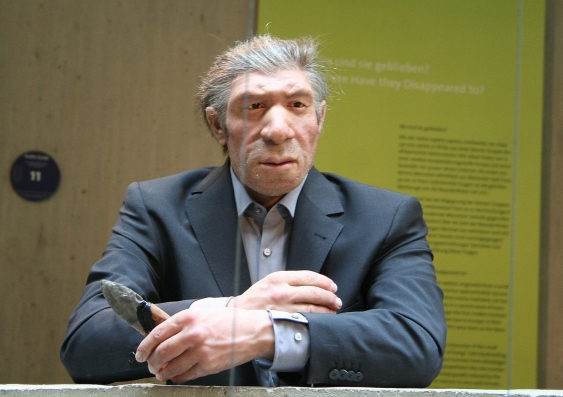 OPINION: Over the past half decade, ancient DNA research has revealed some surprising aspects to our evolutionary history during the past 50,000 years.

Perhaps the most startling of these has been the extent to which the ancestors of living people across the planet interbred with other closely related species of human.

But where in the world did these cross-species matings occur? Which archaic species were involved?

Just how much of the human genome comprises DNA from these archaic relatives? And what impact did interbreeding have on our evolution and general biology as a species?

These are questions are the core of current research into interbreeding as revealed by DNA sequences obtained from fossils in Europe and Asia, as well as from comparisons with the genomes of living people.

In Africa, interbreeding with an archaic species has left genetic signatures in the genomes of some living sub-Saharan populations.

Roughly two percent of the DNA of these people derives from an archaic species as a result of mating that occurred around 35,000 years ago.

The very well known Neanderthals – for whom we have hundreds of fossils including near complete skeletons – interbred with the founders of living European and East Asian populations.

Estimates published in 2014 indicate that 1.5-2% of the genome of living non-Africans was inherited from Neanderthals.

Yet, East Asians have significantly more Neanderthal genes than Europeans do indicating that their ancestors interbred with this archaic species perhaps more than once, or in an event separate to that involving the ancestors of western Eurasians.

Another species, the mysterious ‘Denisovans,’ is known from the fossil record only by a single tooth, finger bone and toe bone.

Yet their fully sequenced genome shows that they shared their genes with the ancestors of some Southeast Asians, New Guineans and Aboriginal Australians.

These living people also show the genetic signs of interbreeding with Neanderthals, so have inherited DNA from both of these species.

Not only do we all carry the evidence for these interspecies dalliances, in some cases these genes seem to have provided real benefits for us today.

Take for example the finding last year by Emilia Huerta-Sánchez and her team that the ability of populations living today in Tibet to thrive at high altitude is the result of a gene inherited from the mysterious ‘Denisovans.’

The gene in question – EPAS1 – is associated with differences in haemoglobin levels at high altitude underpinning the capacity of the individuals carrying it to pump more oxygen around in their blood.

The Denisovans also seem to have contributed genes that bolstered the immune systems of people in New Guinea and Australia.

In Europe, interbreeding with the Neanderthals may also have provided gene variants associated with lipid catabolism, or the conversion of fat to energy in the body’s cells.

Other examples include genes associated with: sugar metabolism; muscle and nervous system function; skin formation and structure; skin, hair and eye colour; and the female reproductive system, especially the formation of ova.

But of course we would expect natural selection to work in both directions given that these mating events were between different species: Homo sapiens x Homo neanderthalensis, Homo sapiens x Denisovans and Homo sapiens x mystery African species.

One particularly interesting example compared the genome of a female Neanderthal with 1,000 contemporary human ones from across the world and found clear evidence for negative selection.

Mapping the DNA of Neanderthals against this large number of human genomes also showed that there were vast ‘deserts’ of Neanderthal ancestry.

One million base pairs compared across the autosomes (i.e. other than the X or Y chromosomes) showed four windows in Europeans and 14 in East Asians where around 0.1% of the DNA was Neanderthal.

The human Y chromosome is also known to be lacking Neanderthal DNA suggesting strong natural selection against hybrid males, who were likely to have been infertile.

Other genes inherited from the Neanderthals seem to have conferred greater risk for a range of diseases such as lupus, biliary cirrhosis, Crohn’s disease, altered optic-disc size, smoking behaviour, IL-18 levels (producing inflammation) and type 2 diabetes.

One of the especially odd things about the evidence for interbreeding with the Denisovans is that the only fossils we have for them were recovered from Denisova Cave in southern Siberia, some 6,000 km northwest of New Guinea.

How can this be given the very high frequency of Denisovan genes in New Guineans and Australians and apparently low level or even absence of Denisovan DNA in the genomes of mainland East Asians?

One study by Skolund and Jakobsson suggested Denisovan DNA may also be found in mainland East Asians, but this has been controversial and difficult to pin down owing to its apparent very low levels.

But if correct, perhaps the mating with the Denisovans happened on mainland East Asia, not so far from Denisova Cave, the genes being carried later to New Guinea and Australia?

A new study of the occurrence of Denisovan DNA in living humans published in the journal Molecular Biology and Evolution has finally confirmed the widespread signal of a low level of Denisovan ancestry across Eastern Eurasian and Native American populations.

Pengfei Qin and Mark Stoneking of the Max Planck Institute for Evolutionary Anthropology examined a set of 600,000 genetic markers in 2,493 individuals from 221 worldwide populations.

They found that for living New Guineans and a single genome sample from the North of Australia around 3.5% of their DNA derives from the Denisovans.

In contrast, in East Asians and Native Americans the amount of Denisovan DNA plummets to a minimal 0.13-0.17% of their genome.

So, the presence of Denisovan DNA outside of New Guinea – its place of highest occurrence – is probably the result of recent population migrations from New Guinea into Australia, Southeast Asia and mainland East Asia.

In other words, at some time in the past some New Guineans migrated into northern Australia and back to mainland East Asia carrying their Denisovan DNA with them and spreading it around the region.

So far, no archaeological or genetic evidence has been found to support the idea that New Guineans migrated back to Asia well after New Guinea and Australia had been settled.

But, with so many new findings coming from ancient human DNA, and many archaeological models confirmed in the process, we simply can’t afford to dismiss this one.

Once again genetic research is turning long held notions about our evolution on its head: bring it on I say!