Opinion: Six things we must do now for a more workable Sydney 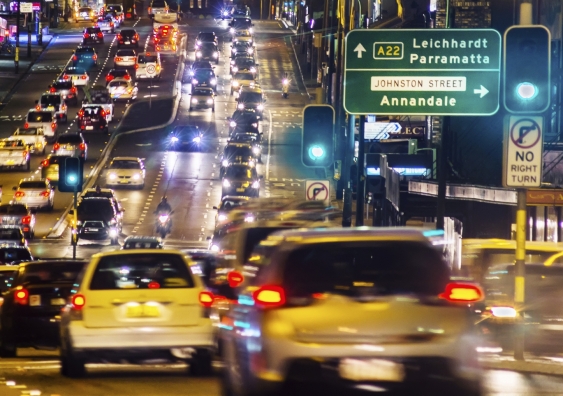 In 35 years, Sydney's population will hit 8 million. Sue Holliday argues there are six ways the city can be transformed by 2050 to increase liveability and affordability.

OPINION: In 1978, greater Sydney's population was 2.5 million people. Today, it's 4.5 million. In 35 years, it will be 8 million. The decisions we make today will determine the kind of city we have then. We are at a tipping point. Either Sydney will become even more congested and less affordable, or we will transform the way our city works for us.

The city's infrastructure is 40 to 50 years old and operating beyond its planned capacity. We do not have the governance arrangements or leadership in place to help us agree on a vision for the long-term future of our city. As a result, changes are piecemeal, short term and reinforce past patterns. Our cities are on the edge of failing.

We have two options: continue as before, patch up the existing infrastructure to and continue to sprawl in a vain attempt to address housing supply and affordability, or set up the right governance structures, provide strong leadership, set a new vision and start a new investment strategy in partnership with all levels of government and industry.

Roads will be less important in the new Sydney as metros connect and distribute residents.

Here are six things we should do now for a workable city:

We need a genuine partnership organisation with a mandate and a funding mechanism to develop an integrated city vision and the authority within government to raise and allocate funds for implementation. We need senior elected representatives to provide leadership including mayors, and ministers who are decision-makers with authority to commit.

2. Develop a genuine vision for a city of 8 million people

A vision gives clarity to investment decisions and helps give the broader community a chance to understand the challenges ahead and to participate in thinking through the options for change. It is a business plan for investment over the next 50 years by industry and government – a Sydney Region Strategic Plan for 2050.

3. Use the Badgerys Creek Airport site as a major city reshaping opportunity

The purchase of the Badgerys Creek site by the Commonwealth government was one of the most strategic decisions ever made to influence the future of Sydney. It has protected 2000 hectares of land in the centre of western Sydney which is now available for a genuine city-shaping opportunity. Think about Schiphol Airport in Amsterdam which was built 50 years ago and is now a dynamic hub of international exchange. A world trade centre, office park and airport city which provides hotels, conference facilities and shops to service 60,000 jobs.

4. Mandate affordable housing from every development

There is an affordable housing crisis in Sydney. Our policies aim to get households into home ownership but we should also set our policies at long-term community rental for average wage workers who cannot afford to buy. To do this we need:

Metros are the tool to connect and distribute people around the new Sydney focused on the West. Initially, a circular inner metro through Rozelle as originally conceived could link the Olympic Park, and Bankstown. A middle ring metro can link Chatswood, Epping and Macquarie Park and to Parramatta fulfilling the ambition to link Parramatta to the "global arc". An outer Metro will link Rouse Hill to Airport City at Badgerys Creek and then loop around to Leppington, East Hills and Kingsford Smith Airport and the CBD. A new link between Airport City and Parramatta is possible and a 40-minute express link from Airport City to the CBD is possible via Leppington and Kingsford Smith Airport. This is a 50-year plan.

6. Implement the high-speed rail between Badgerys Creek, Newcastle and Canberra

The high-speed rail could come into Sydney from the south via an interchange at Airport City. This would avoid half the high cost of tunnelling into the CBD. It would open up the regional centres for decentralised living and working. No road upgrades can compete with the high-speed rail in terms of its transformative impact on the regions. In the context of a future city of 8 million people, and a more carbon-constrained airline industry, we need to think innovatively about this option and protect the route from further ad hoc development.

Sydney is at a tipping point. Our lifestyle will deteriorate with the decline of the city's livability and workability. The actions outlined require a new, bold vision and leadership by all levels of government to accommodate the next phase of Sydney's growth. Our community and our city need action to start now to solve the affordability and connectivity challenges ahead.

Professor of Practice Sue Holliday will deliver UNSW Built Environment's Utzon Lecture tonight. This extract of her speech was published in The Sydney Morning Herald.