Armed with a video camera, ten UNSW Law students have ventured across the Great Dividing Range into Wiradjuri country, seeking insights into life for the region's Aboriginal people. 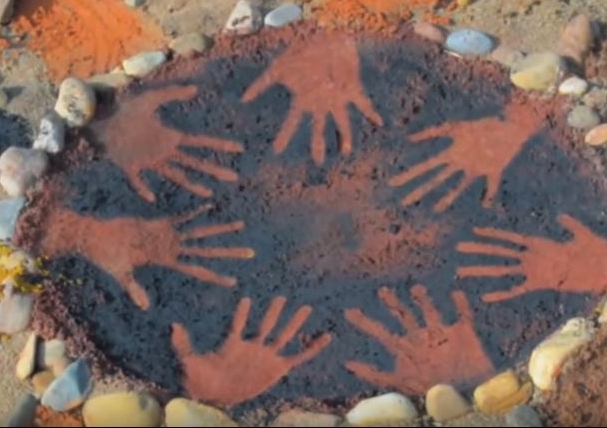 Armed with a video camera, ten UNSW Law students ventured across the Great Dividing Range this winter into the sprawling plains of Wiradjuri country, seeking insights into life for Aboriginal people outside the binary of Redfern and the Northern Territory.

Final-year JD student and Law Society Vice President Teela Reid, a Wailwan and Wiradjuri woman from Gilgandra, came up with the idea of a cultural immersion as a way for law students to witness first-hand the legal and social issues facing Aboriginal Australians.

In a year dominated by headlines about Adam Goodes and constitutional recognition for Indigenous people, Reid said she wanted to give her classmates a taste of the realities of life for Aboriginal people outside the urban, or desert-dwelling stereotypes.

"Yindyamarra - A Documentary" follows 10 UNSW Law students as they search for insights into indigenous life in rural N.S.W.

“Kids out there struggle, they’re not from remote communities, they don’t have this traditional way of life or culture, and that was one of the big issues that we wanted to explore – Aboriginality and what it meant to Indigenous people in rural communities,” said Reid.

“One of the things I wanted to address was the myth that people living in rural communities aren’t necessarily as black or Aboriginal as those that live in remote communities.”

With applications for the trip flooding in, Reid decided to turn it into a film to bring the group’s experiences back to the Faculty.

Director Khushaal Vyas, a second-year undergraduate Law student, described the trip as a confronting but galvanising experience that had given him fresh perspective on both his own life and future directions.

“As law students it’s perhaps not changed but instead added to the belief that we have a responsibility to make a difference. If we’re going to be the next generation of policymakers and academics then we must make a conscious effort to understand the issues before we begin proposing solutions,” he said.

Over the course of a week the students met with elders in Dubbo, Trangie and Gilgandra, ran community legal education sessions at high schools on police powers, interviewed social workers, solicitors and the local magistrate and volunteered at out-of-school programs for at-risk youth.

Second-year undergraduate law student Anusha Thomas and first-year Nanak Narulla were among those selected for the trip. Both said they had wanted to expand their horizons beyond what they were taught at university or read in the media.

“I thought I knew the problems on a very academic level, but I didn’t know them at all,” said Thomas. “I had read a lot about Indigenous legal issues but I had no idea what it actually meant.”

Narulla said one of the biggest lessons for him was how social expectations, stigma and circumstance “can put young Indigenous kids onto a treadmill that seems to rob them of the ability to control their life direction”, with substance abuse, domestic violence and other crime repeating in a vicious cycle.

“Once these kids have been put on this treadmill they are assaulted by a set of often artificially low expectations for how their lives will pan out, and how they should act; of negative influences, and stigma,” he said.

“Almost before they have a choice to express their personalities, they’re being involuntarily moulded by the environment around them.”

Thomas said the internalised shame among the teenagers had been hardest for her to see, perpetuated by systemic bias and racial tensions in the communities.

“When we think about Indigenous issues we think of Redfern and we think of remote Australia, and it was mind-boggling for me that 4 hours out of Sydney there’s a place where the kids have these experiences,” she said.

Yindyamarra is the Wiradjuri word for respect and Reid said it captured both the ethos of the trip and root of many of the problems they had witnessed.

It was also an essential part of the solution.

“We can’t create change as Indigenous people without the momentum of non-Indigenous people, and I think that’s an important part of this documentary – not just being tokenistic but putting Indigenous stories front and centre,” she said.

“Aboriginal communities are so open-hearted and so willing to tell their stories if they feel safe that their knowledge will be shared in the right way. I know the elders are excited to see their story be told.”

Yindyamarra: A Documentary, screens at the Law Theatre next Tuesday 27 October.