Cold light: astronomers go to the ends of the Earth to see cosmic carbon

A new telescope built in one of the most remote regions of our planet is letting us see cosmic carbon in a new light, writes Michael Burton. 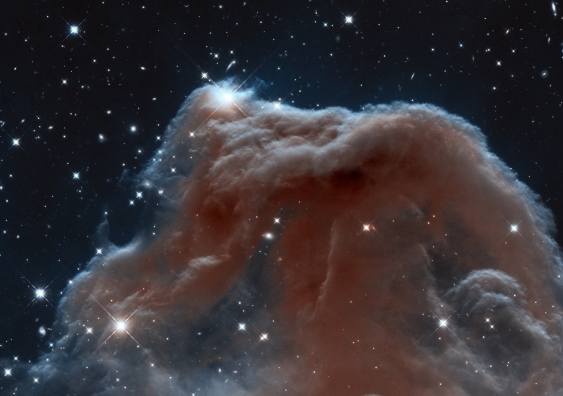 OPINION: The carbon cycle is central to life on Earth. It describes how carbon flows between living organisms, and the ocean, atmosphere and rock of our planet, and is driven by the energy from our sun.

But a carbon cycle also exists for our galaxy, and astronomers are opening new windows into space that let us watch this galactic carbon ecosystem in action.

However, the light from carbon in space can be very hard to see because most of it is blocked by the Earth’s atmosphere. But now a new telescope built in one of the most remote regions of our planet is letting us see cosmic carbon in a new light.

All elements in the universe emit light with a characteristic fingerprint in the form of emission lines. So just by teasing apart the spectrum of the light received from space, astronomers can determine what elements are out there.

Interstellar carbon comes in several forms. It is sometimes missing an electron, making it ionised. In this state it emits the brightest single spectral line produced by entire galaxies.

Carbon can also be found in atomic form as single atoms. Such atoms reside in the surfaces of molecular clouds, near to the interfaces with atomic gas. Or the carbon can be incorporated into molecules. Here it is primarily found as carbon monoxide, CO, the second most abundant molecule in the universe after hydrogen in the form of H₂.

Carbon monoxide emits in the millimetre portion of the electromagnetic spectrum. This can be readily studied, such as by the Mopra telescope in Australia, which is charting a new map of the molecular clouds of our galaxy.

However, water absorbs the wavelengths of light emitted by ionised or atomic carbon, which makes it hard to see it from here on Earth. This means we must use airborne or space telescopes, which is an expensive proposition.

A small amount of terahertz radiation does penetrate to the ground at the driest locations on the Earth’s surface. One example is the high Altiplano of Chile, where the giant ALMA radio telescope is being built. But the transmission is patchy and the signal variable.

The very driest and coldest place on Earth surface is the summit of the Antarctic plateau. Here, through the long darkness of winter, the terahertz windows are opened. But this is a challenging environment to work in, to say the least.

Two decades of Antarctic development at the University of New South Wales, and three generations of autonomous laboratories have led to PLATO, the PLATeau Observatory. One module is now operating at Ridge A on top of the Antarctic plateau. With our partners at the University of Arizona building a new telescope to go with it, HEAT, the High Elevation Antarctic Terahertz telescope, we now are able to exploit the spectacularly dry, cold and stable conditions for astronomy.

HEAT can measure the terahertz lines of carbon. The telescope is fixed on the ice and records the signal as the sky rotates about it. HEAT is building up a map of carbon in the galaxy in strips, “day” by “day”.

After two years of mapping the team have produced the first high resolution maps of carbon in the galaxy.

These maps need to be compared to other species in the interstellar medium. We use the Mopra telescope to see carbon monoxide. And the Parkes and Australia Telescope Compact Array (ATCA) for atomic hydrogen.

Using these tools we have been able to see where clouds of atomic carbon transition into clouds to molecular carbon. In one location, a filamentary molecular cloud over 200 light years in extent but no more than 10 light years across appears to be condensing out of a surrounding atomic substrate.

No clear sign of star formation is seen in this cloud. Its gas is incredibly cold and quiescent. It could be the first molecular cloud to be seen still in the process of formation.

We are also beginning to learn about a new component of the interstellar medium: the dark molecular gas. Here carbon exists but carbon monoxide is absent. Perhaps one-third of the molecular gas resides in this dark form.

One major element is still missing from this puzzle: the contribution from ionised carbon, because its emission occurs in an even harder part of the terahertz window to monitor. The next stage in our venture will open that window.

The USA will launch a balloon-borne telescope that will circumnavigate the Antarctic continent, driven by the winds of the polar vortex. It will be followed by a telescope built byChina on the very summit of the Antarctic plateau, at the new Kunlun Observatory at Dome A.

Bit by bit, we’re building the telescopes necessary to help shed light on carbon in space, and thus illuminate the grand carbon cycle that influences the evolution of the galaxy around us.

Michael Burton is a Professor in Physics and Astronomy at UNSW.