Humans of detention – stories from behind the razor wire

​Unable to show the faces of asylum seekers for security reasons, a group of UNSW students has turned to art to put a human face to those held in Australia’s detention centres. 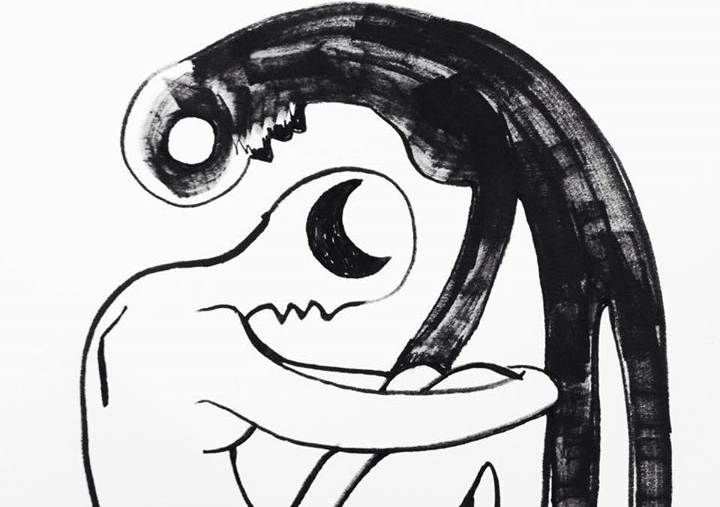 Unable to show the faces of asylum seekers for security reasons, a group of UNSW students have turned to art to put a human face to those held in Australia’s detention centres.

In the wake of the Paris terror attacks, many Australians are jumping to conclusions about asylum seekers from Syria and elsewhere in the Middle East.

“This is about humanising asylum seekers rather than putting up a political page about the issue.”

But one group of UNSW students decided to talk to asylum seekers rather than about them. 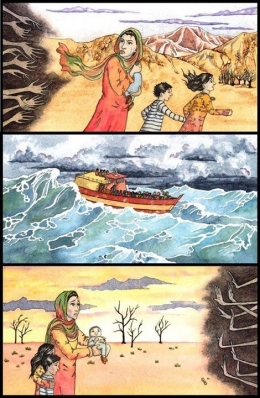 What they found were stories of human suffering, hope and survival. What they did was create a Facebook page to bring the stories to public attention, says combined Law/ Social Research and Policy student Isobel Blomfield.

“I talked to my university friends and friends outside of university and told them about the people being held in Villawood and they were angry that people like this were locked up,” says Isobel, who has been visiting Villawood Immigration Detention Centre on the outskirts of Sydney for about a year.

“Facts about asylum seekers are one thing but when you hear the human details, that’s different,” she says.

The result is ‘Humans of Detention’, a Facebook page created by Isobel and 10 other UNSW students across a number of law and arts and social sciences disciplines. The project tells the stories of people held in Australian detention centres.

The aim is to educate the public about what refugees have experienced and what’s going on inside the centres, and to highlight the confusing and protracted processes asylum seekers must go through to live in Australia.

“This is about humanising asylum seekers rather than putting up a political page about the issue,” says Isobel. 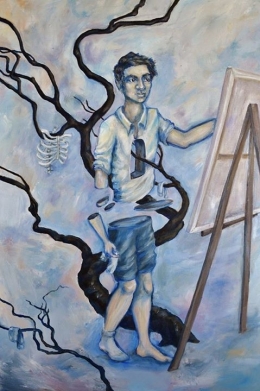 Inspired by street photographer Brandon Stanton, who runs the ‘Humans of New York’ website and Facebook page that now has more than 16 million likes, the students interviewed refugees about their lives.

Unable to photograph the refugees because it could risk their asylum applications, the students asked artists to illustrate the stories people told of fleeing persecution in Iraq, civil strife in Lebanon and years of detention in Australia.

The students are supporting the asylum seekers in other ways too, such as visiting detention centres weekly, helping refugees fill in application forms, and finding legal support for them.

You can read their stories here.