Kathryn Fagg, Non-Executive Director of the Reserve Bank of Australia, was awarded the degree of Doctor of Business, honoris causa in recognition of her eminent service to the community.​ 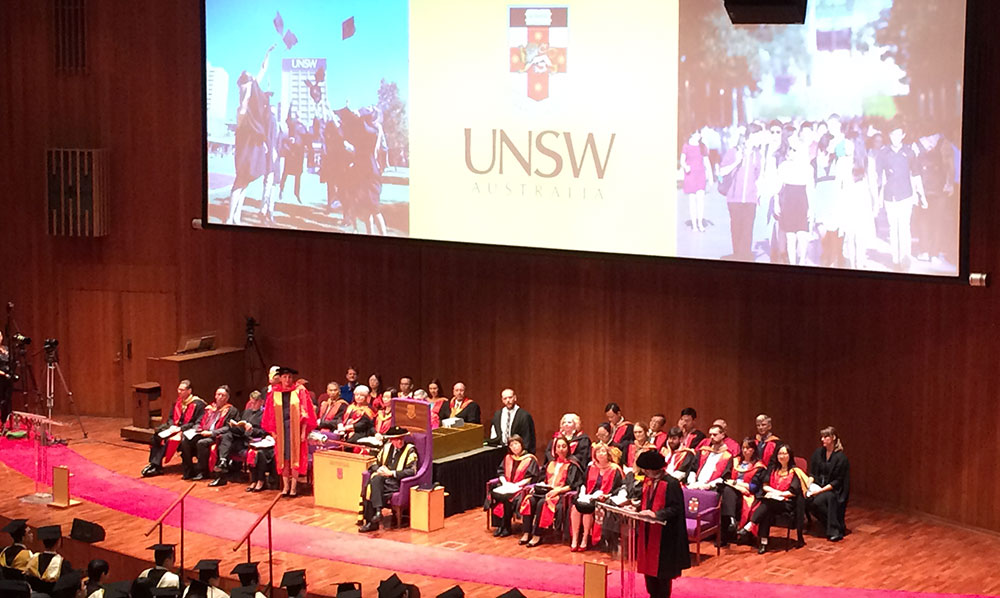 Kathryn Fagg (MCom 1990), Non-Executive Director of the Reserve Bank of Australia, was awarded the degree of Doctor of Business, honoris causa in recognition of her eminent service to the community.​

Fagg began her career as a petroleum engineer with Esso. At the time, women comprised only three percent of engineering students. This did not discourage Fagg nor did it undermine her love of problem solving.

During her six years with Esso, Fagg began her Master of Commerce degree in Organisation Behaviour at UNSW on a part-time basis. Here Fagg learned why she loved problem solving.

"My time at UNSW Business School was an enjoyable and transformative experience," Fagg explained. "While pursing my MCom I realized the types of problems I enjoyed most: people and organisations. I discovered an enthusiasm for bringing about change in organisations and this became the basis of my career."

Fagg accepted a position with McKinsey & Co. while studying for her MCom. After four years she left and joined ANZ Bank's retail division. After climbing the ranks of ANZ for seven years, Fagg became President of Building & Logistics Solutions for BlueScope Steel and eventually President of Asia. In 2009, Linfox appointed her President of Fast Moving Consumer Goods and two years later she became President of Corporate Development.

Fagg's breadth of experience across sectors and regions was unique and served as advice in her speech to graduates. "Seek out options. I did not have a set career path. This allowed me to try out new things and find what I loved and what I hated. In the end I knew I enjoyed running businesses and that's what I pursued."

Fagg also encouraged graduates to live and work in Asia. "Asia is a stimulating and dynamic region. It is setting the pace for the 21st century. Go there. Be a part of it. Gain the experience."

Fagg's distinguished career has been equally matched by her tireless advocacy for women in leadership roles. As a member of the Council of Chief Executive Women, Fagg introduced a number of key initiatives to accelerate and support the participation of women in business. "I firmly believe that unless we are tapping 100% of talent (male and female) we are being wasteful. Everyone benefits when there are opportunities for all."

Fagg ended her address to graduates by asking them to stand for something. "I was asked to be a role model and I tried to do just that, but being a role model is not enough. You need to be an advocate for change. It can be a daunting task but being involved with an issue that will make a difference in your community and nation is the definition of leadership."