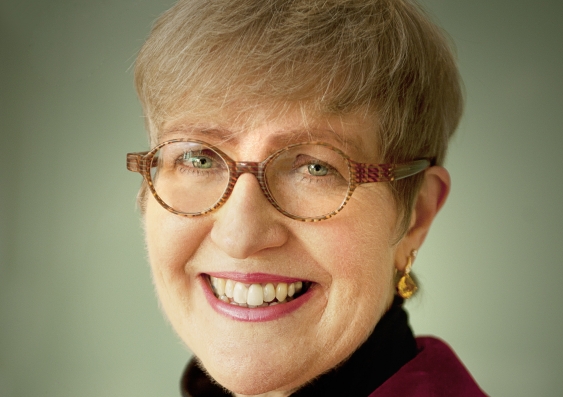 Good urban planning is essential to create environments that are healthy for humans and the planet, says Professor Susan Thompson, winner of the prestigious 2015 Sidney Luker Memorial Medal.

2015 Sidney Luker Memorial Medalist Professor Susan Thompson.
Good urban planning can play a crucial role in creating environments that are healthy for humans as well as the planet, says Professor of Planning Susan Thompson, who's been awarded the prestigious 2015 Sidney Luker Memorial Medal for her contribution to “healthy” urban planning in Australia.
“We have to ensure that we provide a healthy city for everyone – especially for those dependent on others – children, the elderly and those with disabilities," said Professor Thompson."Healthy planning also needs to respond appropriately to cultural diversity and difference – a theme that has been one of the defining cornerstones of my planning career.”
The Planning Institute of Australia awards the Medal biennially to a person who has made a notable contribution to urban and regional planning in Australia, in memory of civil engineer and founding member of the Town and Country Planning Institute of NSW, Sidney Luker.
Professor Thompson is one of only three women to receive the award since its inception in 1956.
As Professor of Planning and Director of the City Wellbeing Program in UNSW Built Environment, Thompson’s research focuses on planning, designing and building environments that support people’s well-being.

Urban planners are re-acknowledging the close relationship between planning and health – and the critical part the built environment plays in supporting health and wellbeing.

In her acceptance speech Professor Thompson said she had been in the “right place at the right time” to embrace the resurgence of interest in healthy built environments.
“In the early 2000s there was a growing interest in the relationship between health and planning, particularly as governments started to worry about escalating health costs associated with chronic, lifestyle related diseases,” she said. “Urban planners are now re-acknowledging the close relationship between planning and health – and the critical part that the built environment plays in supporting health and wellbeing as part of daily life.”
In 2014 Professor Thompson was the first urban planner to be appointed to the NSW Minister for Health's Advisory Committee on Preventive Health.
In this role she has contributed to the recently released NSW Diabetes Framework produced by NSW Health.
Professor Thompson is also editor of the nation’s seminal planning text Planning Australia – An Overview of Urban and Regional Planning. When it appeared in book stores, Planning Australia was the first comprehensive planning text to have been published in 30 years. It is now in its second edition, with an extensive chapter dedicated to healthy planning.
Her most recent co-edited publication, the Routledge Handbook of Planning for Health and Well-being, was endorsed by British designer and Grand Designs TV presenter, Kevin McCloud who described it as “a manifesto for how we should plan our neighbourhoods, towns and cities”.
Now in her 25th year at UNSW, Professor Thompson said she feels “proud and privileged” to have been able to make a contribution to the education of planners in NSW by teaching in one of Australia’s top planning schools.
“I believe that the next generation of planners will see supporting health and wellbeing as a core part of their work, showcasing the contribution that planning can play in creating environments that are healthy for humans as well as the planet.”