East Asia makes a comeback in the human evolution stakes

Archaeological discoveries in East Asia over the last decade or so have dramatically rewritten our understanding of human evolution, writes Darren Curnoe. 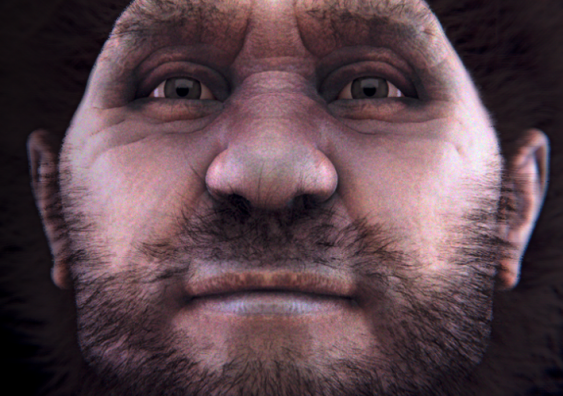 OPINION: Archaeological discoveries in East Asia over the last decade or so have dramatically rewritten our understanding of human evolution.

But the implications don’t sit easily with many scholars internationally who continue to see Europe and Africa as the heartland of human origins.

For more than 150 years our understanding of human evolution has been largely shaped by the discoveries made in Europe and parts of Africa, like the caves near Johannesburg and the Great Rift Valley on the east of the continent.

This is partly because disciplines like geology, evolutionary biology and archaeology, as we know them today, began in Europe during the 19th Century.

They set out to make a name for themselves, put their ‘new’ countries on the map, scientifically speaking, and turn the spotlight away from Europe, the centre of intellectual power.

East Asia featured prominently in the history and theory of human evolution during the late 19th Century and early 20th Century, but by the mid-1900s it was viewed internationally as an evolutionary backwater.

The first discovery to put Asia on the map was Pithecanthropus found by Eugene Dubois and his team in Java in 1891-92.

Then, the finding of Sinanthropus at Chou Kou Tien (now Zhoukoudian) near Beijing by Otto Zdansky from 1921, and soon after by Davidson Black and Li Jie, seemed to confirm its importance.

As an aside, among these early East Asian prehistorians, Dubois’ story stands out as the most fascinating, and his discovery of Pithecanthropus erectus (now Homo erectus) is one the most important in the history of archaeology.

Haeckel discovered and described hundreds of species, but was also the first biologist to draw an evolutionary tree or pedigree that included humans, placing us correctly among the Great Apes of Africa and Asia.

This was a profound moment in European science and it had a big impact on the archaeologists of the time.

To account for the evolutionary divergence of humans from the apes, Haeckel needed an intermediate step or ‘missing link’ for his tree, so he invented a speechless human-like ape, which he dubbed ‘Pithecanthropus’.

In 1887, Dubois left a plum job as an anatomist at the University of Utrecht, where he was on track to rapidly become a full professor, for a position as a military surgeon in the colonial army so he could find Pithecanthropus.

Remember, this was almost forty years before Dart discovered the Taung Child(Australopithecus) in South Africa, and 45 years before Louis Leakey made his first discovery in the East African Rift.

And find it he did, in just four short years. An incredible achievement.

Through the 20th Century, work continued, off and on, in archipelago Southeast Asia and on the mainland of East Asia, and was increasingly undertaken by local archaeologists.

But political events especially the rise of Communism meant that many East Asian countries and their scientists became isolated from the international community.

And as colonial powers pulled out of East Asia after World War II many nations had other priorities, with archaeology receiving less attention than it had under European rule.

From its first published description in 1913 until its eventual exposure as a fraud in 1953, thePiltdown skull played a major role in shaping ideas about human evolution, and was one of the main reasons why East Asia continued to be overlooked.

Also, as more and more discoveries were being made of early hominins like Zinjanthropus boisei, Australopithecus afarensis and Homo habilis, Africa quickly came to be seen as the evolutionary cradle of humanity.

This was seemingly confirmed with the discovery in the 1970s and 1980s of Homo erectusremains that predated those from Asia, further marginalising the region.

With the wide acceptance of the so-called Out-of-Africa theory of modern human origins from the 1980s onwards, and concurrent gradual decline in acceptance of the alternatives (like the model Multiregional origins model), marked the final nail in the coffin for East Asia.

But then, the unexpected happened. The unearthing of a 15,000 year old pre-modern human on the island of Flores in eastern Indonesia.

The dramatic discovery of the Hobbit, or Homo floresiensis, a one metre tall human with a grapefruit sized brain, and in most respects resembling three million year old pre-humans like ‘Lucy’ from Africa, changed everything.

Soon after, Robin Dennell and Will Roebroeks published an article in Nature arguing that maybe Homo erectus had evolved in East Asia after all.

Then along came the Denisovans, and while their fossil remains were found in southern Siberia, their DNA was found today in people living in parts of Southeast Asia, New Guinea and Australia.

Then a string of discoveries in the last few years like: the 130,000 year old Zhirendong jaw with its modern looking chin; my own work on the pre-modern Red Deer Cave people; a new archaic species in northern China living perhaps only 60,000 years ago; modern humans arriving in East Asia precociously early, at least 80,000 years ago; the list goes on!

A new discovery published recently in Nature marks yet another find in the ever lengthening list of exciting and history altering discoveries.

Stone tools and animal fossils dated to between 100,000 and more than 200,000 years old have been found in Walanae Basin of Sulawesi: the oldest archaeology in the island, and showing it was inhabited by a unknown archaic species long before modern humans were on the scene.

Sadly, no human bones were found, so we have no idea who made the tools.

I suspect they were made by a species that we don’t see anywhere else. Not Homo erectus, norHomo floresiensis, but a novel one. Why?

Sulawesi sits on the eastern edge of the famous biographic zone ‘Wallacea’ - marking the transition from an Asian ecology to an Australasian one - and has a truly remarkable fauna and flora.

It’s also located just to the north of Flores and so was probably on the North-South migration path for many animals including early humans.

Among the primates, there are seven endemic species of the monkey genus Macaca and at least seven Tarsier species probably more.

In my view, the same kinds of evolutionary pressures that led to this remarkable diversity of non-human primates would have acted also on the early humans inhabiting the island.

A couple of hundred thousand years is plenty of time for new species to form.

Besides, we have the precedent of Homo floresiensis immediately to the south, and very like multiple species represented in the Homo erectus sample from nearby Java also.

It’s well and truly time to reassess the role East Asia played in human evolution, and to recognise that far from being a backwater, it was in fact a hotbed of human evolution right up till the end of the Ice Age.