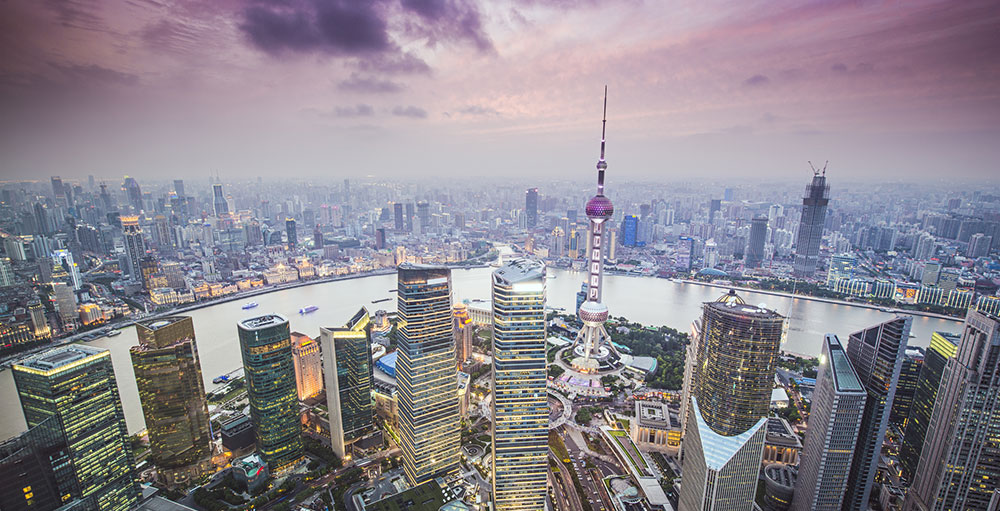 Joseph Healy will be a Keynote speaker at the UNSW Business in China Forum 19 February 2016. Registration are currently open however seats are limited.

Joseph, you have just completed another Masters degree, this time in China. It is not your first Masters specialising in China, is it? Why the fascination with China and management in China?

I believe that just as Great Britain was a major global force in the 19th Century, the USA the global hegemony in the second half of the 20th Century, that China will define much of how the global economy will be shaped in the 21st Century. Given that belief and my passion for international affairs, business and economics, l thought it important that l should build an in-depth understanding of China.

I had completed an MSc in International Management, specialising in China at the School of Oriental and African Studies (SOAS), University of London and that created a stronger appetite for more knowledge and understanding of contemporary China; so in August 2014, l decided on a sabbatical and to embark on an MA in Contemporary Chinese Studies.

Which university did you do your new Masters at and why did you choose it?

The University of Nottingham, Ningbo, China (UNNC). I wanted to immerse myself in Chinese studies so l sought an English speaking University located in China. UNNC, which has been in China for ten years, offered a one-year degree which fitted perfectly with my criteria on content and academic rigour. The degree covered the Rise of Modern China; Government and Politics in China; China in international Relations; Culture, Ideology and Society; Chinese Economic Development; Management Practices and Culture in China; and Media and Communications in Modern China.

Living, teaching and studying in Ningbo, what (new) impressions of China, its economy and society, did you gain? Are there things happening in China that business leaders and policy makers in Australia need to be more aware of?

The idea of being located in Ningbo appealed to me more than Shanghai or Beijing. A so-called third-tier city, Ningbo with a population of approximately 8 million and two hours by train south of Shanghai, is less “westernised” in the sense that to survive outside the University campus, you have to adapt and quickly learn some basic survival skills, particularly in communication. I was made very welcome by the people l met and l got to know a lot about life in China. The entrepreneurial energy that you see and feel in places like Ningbo is a reminder of what has been achieved over the past thirty years despite the absence of institutions, and the huge potential that the country has. Travelling around China, you see that as the economy has grown, many have not enjoyed the fruits of that growth. The major east coast centres are “like Europe” but much of rural China is “like Africa.” In many ways, China remains an agrarian society. China offers significant potential for Australia, but the extent of that potential will depend on the degree of cultural understanding and respect that Australian leaders have for China, its political system, customs, society, history and very distinct culture heritage. As Stephen Covey once said ‘seek first to understand before seeking to be understood.’ My general sense of Australian business and political leaders understanding of China is that we score ‘3 from 10’.

What is the topic of your newly completed research thesis? And why were you interested in exploring that topic?

My thesis, which included primary research of over 58 Chinese firms and secondary data on a further 52 firms, asked ‘How Important is Management Education to China’s Prospects of Success in the Global Economy?’ The economic success of China since the opening up reforms introduced by Deng Xiaoping some thirty years ago, is easy to understand in terms of inbound foreign direct investment and the natural comparative advantages that China offered in terms of the abundant supply of low cost labour. I was intrigued however by the challenges of the “go global” policy introduced in 1999, which encouraged Chinese firms to invest in international markets – outbound direct foreign investment. Chinese outbound investment exceed inbound investment in 2015 and is growing strongly. In 2005, Chinese firms invested less than US$3bn on foreign investments, but now it comfortably exceeds US$100bn pa and the nature of that investment is changing as is the destination. The why Chinese firms are investing in foreign markets is easy to understand, but the how less so - understandably, the pace of growth in outbound investment has outstripped the labour markets capacity to produce the quantity of trained and experienced management. My research emphasis was on the management capabilities required of Chinese firms as they internationalise their operations and the role that management education can play in developing those capabilities. As an international banker for over 30 years, I have long held a view that businesses don’t fail, it is management that fails! The quality of management and their cultural dexterity, not financial muscle, that will be a key determinant of sustainable success of Chinese firms in Western markets.

How has your experience as a senior banker informed the way you looked at this topic and carried out your research?

Apart from my academic interest in China, l had been doing business there for well over a decade, so l had developed a good network across a range of industries. I saw and experienced first-hand the cultural challenges of doing business in China, and the existence of discrimination that Chinese firms face in doing business here and elsewhere in the West. As a banker, with a strong training in finance and risk management, l understand the importance of data and facts, together with a robust analytical framework. One of the benefits of my professional training is an inquisitive and questioning mind on what l read and hear. It is important to listen and understand other views, but it is also very important to form your own well-reasoned view based on a multi-discipline understanding of issues. My approach to research was based on a positivism paradigm, adopting a triangulation approach. I also engaged the services of three mandarin speaking “research assistants” who helped me deal with cultural factors and in particular, that the survey instrument was contextually valid. Contextualisation in measurement is essential.

What were the main findings and conclusions of your research? Where, do you think, responsibility lies for improving the quality of management education in China: Governments; firms - including state-owned enterprises; universities; individuals?

The liabilities and hazards of foreignness – the additional costs of being a stranger in a strange land – are higher for Chinese firms. In part this is because of conformation biases that exist towards China and Chinese firms, which can result in a form of discrimination. Costs are also higher because of the challenges that Chinese management face in achieving cultural integration and the absence of social networks in foreign markets. The capabilities needed to succeed in a highly networked domestic political economy, are not the same skills that will succeed in market-driven foreign markets, subject to different cultures, laws and institutions. Just as management everywhere is influenced by their own background and experience - their cultural heritage - Chinese management aged 45 and older may carry the burden of psychological influences from the Cultural Revolution (1966-76), which may influence the way that business is conducted, relationships and trust established and worldviews developed. All these factors in aggregate may create unique, insurmountable challenges for Chinese firms as they internationalise their strategies – the how. At a minimum, the nature of the challenges reinforces the importance of management capabilities and the role that management education can play. This creates a wonderful opportunity for universities. However, universities must develop a “product” that meets the market and move away from a supply-side mentality (“who can take the programme we want to offer at the price we want to charge?”) and develop a demand-side philosophy that would ask: “who needs management education and how can we provide it to them?” My primary research provided strong evidence that Chinese firms want management education and see it central to their success, but want it to be relevant to their needs and demonstrate an empathy with “Chinese characteristics.” Placing management education in a cross-cultural context was an important insight from the research. A one-size-fits-all MBA program is not the answer.

What are some of the main implications for leaders of business services firms in Australia seeking to expand and deepen their involvement in the Chinese economy?

Despite the handicap of their heritage in the context of the global economy, the evidence of discrimination and insurmountable challenges, Chinese firms will continue to internationalise their operations and the growing Chinese middle-class will increasingly travel to attractive destinations such as Australia. This creates an opportunity for Australian service businesses, including to help Chinese firms build culturally diverse and inclusive international organisations. In order to do this however, Australian business must ‘seek first to understand before seeking to be understood.’ Strong cultural understanding and respect should be the foundation for any deepening of involvement in the Chinese economy.