Malcolm Turnbull can take the middle 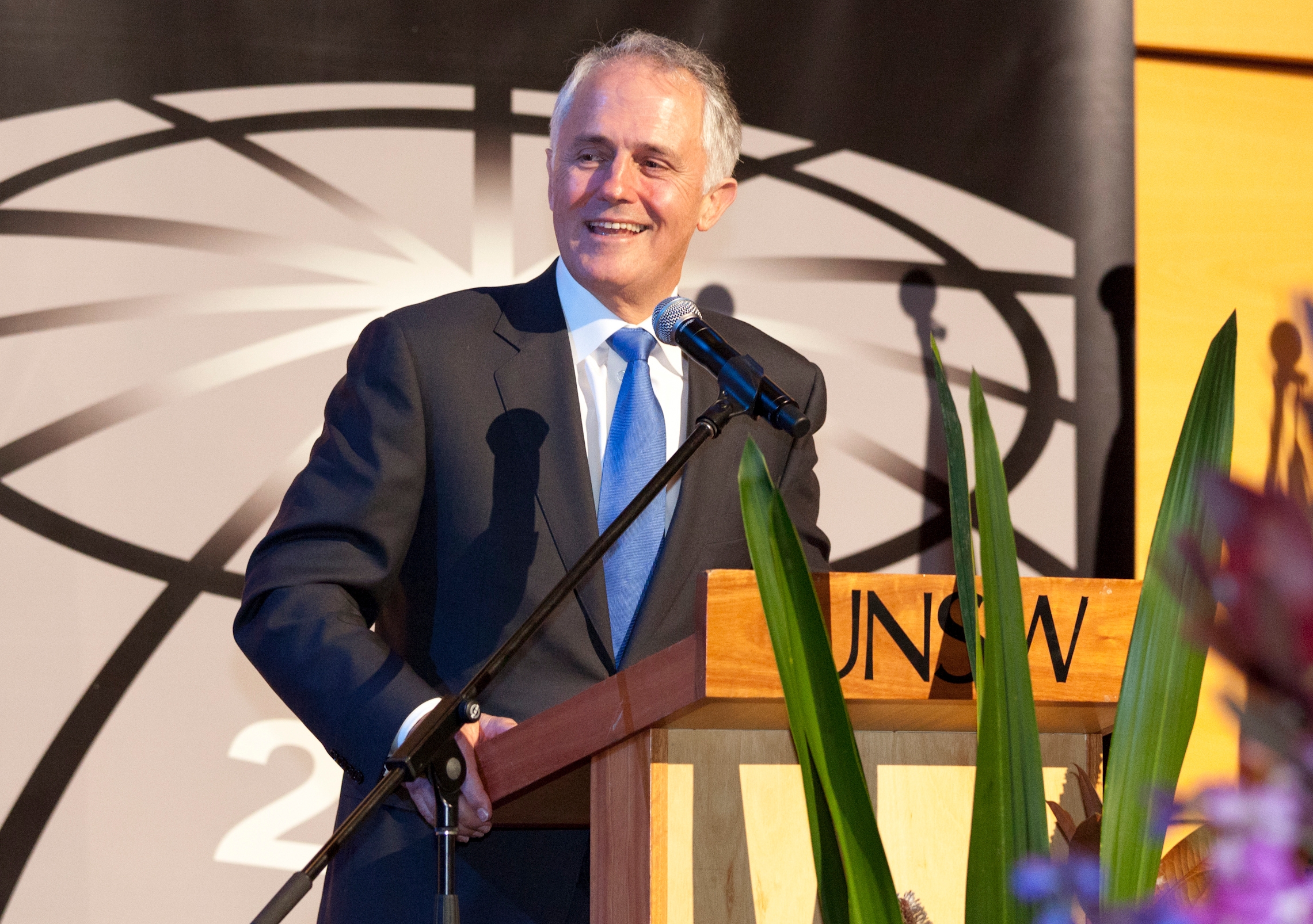 OPINION: A lot has been written in recent months about what a different and transformational Prime Minister Malcolm Turnbull has the potential to be. Some of it is even correct.

Turnbull is pro-market. He clearly believes that markets are a powerful force for steering resources to their best use – better than social engineering from the left or the right.

This contrasts with his predecessor, Tony Abbott, who was pro-business, but had what bordered on contempt for markets themselves.

It also contrasts with the current Labor philosophy which emphasises all kinds of interventions in markets, even when they function well.

Here are five areas where the pro-market approach could lead to bold and important reforms: the GST, childcare, infrastructure, university funding and the environment.

The big political topic for 2016 will be the GST, and whether the Coalition will support raising the rate to, say, 15 per cent and perhaps broadening the base to cover the roughly 50 per cent of goods and services that are currently exempted.

Turnbull has already made clear that the regressive nature of an increase to the GST can and should be dealt with via compensation for lower-income earners.

This is both good economics and good politics. Turnbull is suggesting what economists call a "Pareto improvement".

If you make the pie bigger then you can cut it up to make everyone better off. Only someone with a genuine understanding of, and faith in markets, would frame the issue like this.

On childcare we have a tortured mess of a system. There is a simple cut-through: make childcare tax deductible and provide a subsidy for low-income earners.

We allow tax deductibility of other work expenses and, for many families, childcare is a threshold issue for at least one parent returning to the workforce.

The playing field between self-provided and externally-provided childcare is radically uneven – and it becomes more uneven the higher the earning power (and hence marginal tax rate) of the stay-at-home parent is.

Labor can't be for this because it is painted as a benefit for high-income women. Conservatives are against it because it would cause more women to go back to work. Turnbull is alone in the sane middle ground.

A number of large infrastructure projects have been held up because the Abbott government bizarrely refused to allow cost-benefit analysis to be done.

Furthermore, the mantra of "deficits bad" made it hard to spend such large sums, even though they were wise investments.

Turnbull's private sector experience – where cost-benefit analysis is the lingua franca – puts him in a good position to advocate these projects.

He might also consider a change to government accounting to keep track of spending on investments versus recurrent expenditure.

No private sector company would confuse capital expenditure with ordinary expenses, but government accounting forces the Commonwealth to make that error. Turnbull can easily finesse this with reference to his private-sector experience.

Abbott tried to radically overhaul higher education through fee deregulation and, despite having all but one vice chancellor on side, failed completely.

Turnbull seems to appreciate that innovation is important, as is having at least one or two genuinely world-class institutions. But to provide those resources to all Australian universities is prohibitively expensive.

What is needed is acknowledgment that what Australian tertiary education should aspire to be is like the extraordinary University of California system – ranging from fairly vocational education to research-intensive institutions with Nobel laureates.

Allowing the G8 to increase fees for their already more prestigious offerings and dropping the pretense that every Australian university should aspire to be in the global top 20, is a no brainier. Turnbull can triangulate to this position in a way that Labor can't and conservatives won't.

Finally, there's the environment. Turnbull will clearly need to be careful with his stance, lest he offend his base. But an exchange in question time late last year shows his true thinking and great advantage on the issue.

When pressed by Bill Shorten as to matching Labor's renewable energy target pledge the PM repeatedly pointed out that Shorten was "confusing ends and means".

Turnbull said succinctly that he wants to reduce carbon emissions, but it was unclear that renewable energy targets were the best means to do so.

Anyone who thinks a government plan rather than markets and prices are the answer should reflect on how Soviet and Chinese central economic plans worked out.

Richard Holden is Professor of economics at the UNSW Australia Business School.

This opinion piece was first published in the AFR.