Asia is the gift that keeps on giving in prehistory 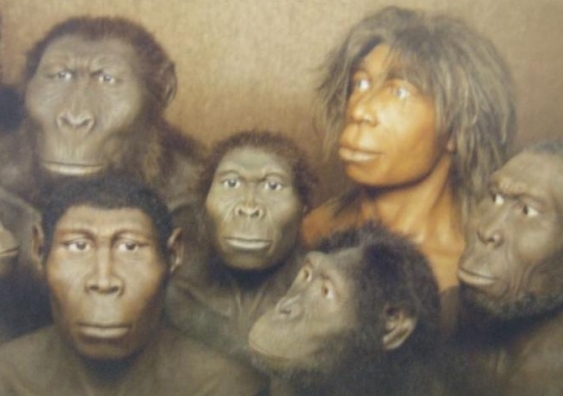 OPINION: Political and economic pundits constantly remind us that this is the ‘Asian Century’, and it’s shaping up to be that way also for human origins science.

I’ve only recently waxed lyrical about the enormous impact East Asia is having on our thinking in prehistory circles; reshaping the intellectual landscape as it were.

At the risk of sounding like a broken record, new research from Asia again looks set to rewrite another chapter in the human story; this time in South Asia.

Asian prehistory, it would seem, has been gifted an archaeological lottery ticket whose numbers just keep coming up.

Some of the hottest issues internationally in prehistory include questions like: When did the first humans exit Africa and settle Europe and Asia? and Which species was involved?

Over the past decade these questions have been investigated with renewed vigour as the scientific spotlight awakens Asia from a long archaeological slumber; and it’s beginning to pay dividends.

For the first 4.5 million years of our evolutionary history two footed, human-like, apes seem only to have inhabited Africa.

With the arrival of Homo, close to 3 million years ago, this changed, and we saw the first signs of the kinds of early humans that would come to settle the distant reaches of the planet.

Why then and not earlier? It seems that only once early humans became obligate ground dwellers, leaving the trees for good, that such a shift could begin.

A true ground dwelling lifestyle, the evidence would suggest, began with Homo, particularly species like Homo rudolfensis and Homo habilis.

Outside of Africa, the archaeological site of Dmanisi in Georgia provides the earliest widely accepted evidence for the first major human dispersal, at around 1.8 million years ago.

The human species involved here is either Homo erectus, Homo ergaster or perhaps something new to science and not seen in the fossil records of Africa or East Asia.

Dmanisi has been a constant source of controversy in anthropology with views about its fossils ranging from a single to multiple species sampled at the site.

The oldest Homo erectus/ergaster fossils in East Africa have been found at Koobi Fora on the shores of Lake Turkana in Kenya, and these have dominated thinking about its evolution for 40 years.

Because of them, we’ve been locked into an ‘Out of Africa’ view about the species since the 1970s.

The most recent research on their geology and dating, however, suggests that all of the Koobi Fora remains except a single fossil are actually younger than those from Dmanisi.

Further east, the human fossils from Java, which also belong to Homo erectus, are dated between 1.6 million years and surprisingly as young as about 40,000 years old. I’ll leave the younger ones for another day.

More controversially, in China, stone tools from Longgupo Cave and Renzidong could be even older at between 2.0 and 2.5 million years old.

Less troublesome are the two teeth from Yuanmou in southwest China, which are believed also to belong to Homo erectus or a related species but date to around 1.7 million years old.

The big issue this all raises is that we simply can no longer assume that Homo erectus evolved in Africa and dispersed into Asia. In fact, the evidence is building that it might actually be the other way around.

Enter India. Specifically, the Siwalik Hills north of the city of Chandigarh.

The ‘Siwaliks’ have been well known in palaeontological circles for over a hundred years, providing an abundance of fossils including some of the first evidence for extinct apes, going back to over 9.2 million years old.

New research by a joint Indian-French team has found new evidence about the first humans to settle Asia, and it’s bound to hit anthropology like a tsunami if the work stands up to scrutiny.

Near the village of Masol, archaeologists have found scatters of stone tools and animal fossils, some sporting cut marks by early humans while butchering carcasses, and all believed to date to about 2.6 million years old.

Until last year, this would have made them among the oldest stone tools anywhere in the world; though that honour now belongs to the Lomekwian tool industry from Kenya.

The discovery, published as a set of articles in the journal Comptes Renus Paevol, was led by scientists from various French institutions such as the Histoire naturelle de l’Homme préhistorique and the Society for Archaeological and Anthropological Research in Chandigarh.

Such an early age would push us back well beyond Homo erectus/ergaster and into the mysteries of the earliest members of Homo, about whom we still know so little.

So, Asia might have been settled by humans soon after the evolution of Homo; and such a primitive species could even have given rise to Homo erectus, perhaps in Asia itself.

The reaction to the discovery has been mixed, as you might expect, and some reasonable questions about the context of the finds have been asked.

All of the tools were found on the ground surface and none were recovered during excavations undertaken at a number of locations.

Still, the work makes it clear that they must have come from nearby, and very old, sediments.

And, we’d do well to remember that most of the fossil humans found at famous sites like Koobi Fora during the 1960s-1980s were also found on the surface.

When fossils and stone tools still have sediment attached to them, as the one’s from Masol do, it should be a relatively straight forward process to sort out where they eroded from.

The new discovery shows once again that we have for far too long focused too intensely on the archaeological record of Africa.

Asia still has many surprises awaiting us; and I’m sure a few more will be revealed in the year ahead.