How UNSW is helping Rugby 7s star head to Rio

Rugby 7s star Henry Hutchison has his eye on the Rio Olympics, and UNSW is helping the second year commerce student achieve his goals through a Ben Lexcen Sports Scholarship. 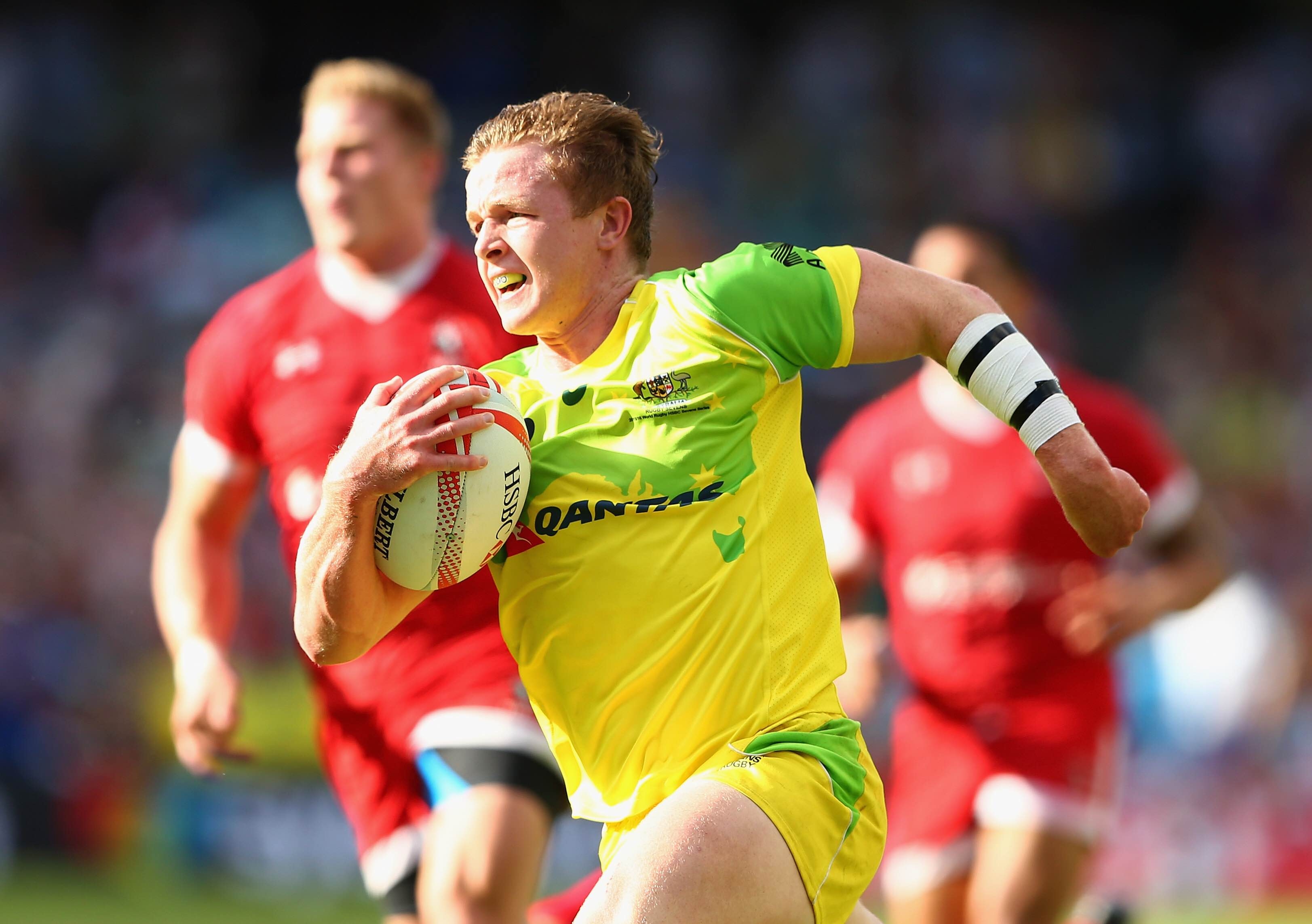 He's a rapidly rising star in the world of rugby, but UNSW student Henry Hutchison won’t know if he’s made it into the Australian team for the first-ever Rugby 7s tournament at the Rio Olympics until a few weeks out from the games.

“So I have to impress the coaches at training and on the world circuit and make sure I have done everything possible to ensure I am on that plane,” says Hutchison.

The 19-year-old should have a good chance with the selectors; he recently helped Australia score a thrilling quarter-final win against England in the HSBC World Rugby 7s Series in Sydney.

“To score two late tries in front of a home crowd, full of family and friends, was honestly a dream come true. It will definitely be a moment of my life I’ll never forget,” Hutchison says.

Hutchison is in his second year of a Bachelor of Commerce at the UNSW Business School and is a recipient of a prestigious UNSW Ben Lexcen Sports Scholarship.

“I chose commerce because it is a brilliant degree to have under your belt, especially from UNSW. It is very broad and allows graduates to go into many different professions. Rugby Union opens so many doors of opportunity, especially to retiring players who have degrees similar to commerce,” he says.

UNSW has an ongoing partnership with the Randwick club, and a number of their players attend UNSW, including Wallaby U20s and NSW Waratahs’ Andrew Deegan, Ned Hannigan and Andrew Kellaway.

Hutchison says it was his mother who reminded him to consider life outside rugby and encouraged him to continue his studies.

“It is very important for players to understand that rugby does not last forever, and when it is all over, you need to be skilled and qualified to continue on with your life,” he says.

Hutchison says the Ben Lexcen Sports Scholarship has allowed him to study and train full-time without needing to worry so much about finances or a part-time job.

“The scholarship was an amazing award to receive because it has allowed me to be fully focused on training, which ultimately helped me get signed to the National 7s side,” he says.

Hutchison was contracted by the Australian Rugby Union (ARU) to the men’s national 7s side in July 2015 and made his debut in Cape Town in December.  He has since played in the Wellington and Sydney tournaments.

“Training is very demanding. It is like a full-time job. We commence around 8am and finish around 5pm. There is definitely limited time during the week and on Saturdays.”

Hutchison says the UNSW elite athletes and performers support program, which assists students with flexible study options and other benefits, has been a big help.

“UNSW is definitely an athlete friendly university. They go to amazing lengths to support my sporting career, while providing opportunities to continue my study. The ARU and UNSW work in partnership to support and encourage rugby players to study,” Hutchison says.

“Study gives me another avenue in life where I can go to escape the repetition of training and exercise another muscle,” he says.

Hutchison will get a work-out in the next few months, with the upcoming HSBC World Rugby 7s Series tournament in Las Vegas, and then Vancouver, which means plenty of opportunities to impress for the Olympics.