It took 10 years and several billion kilometres for space systems engineer Sean Tuttle to learn that his ingenuity had paid off. 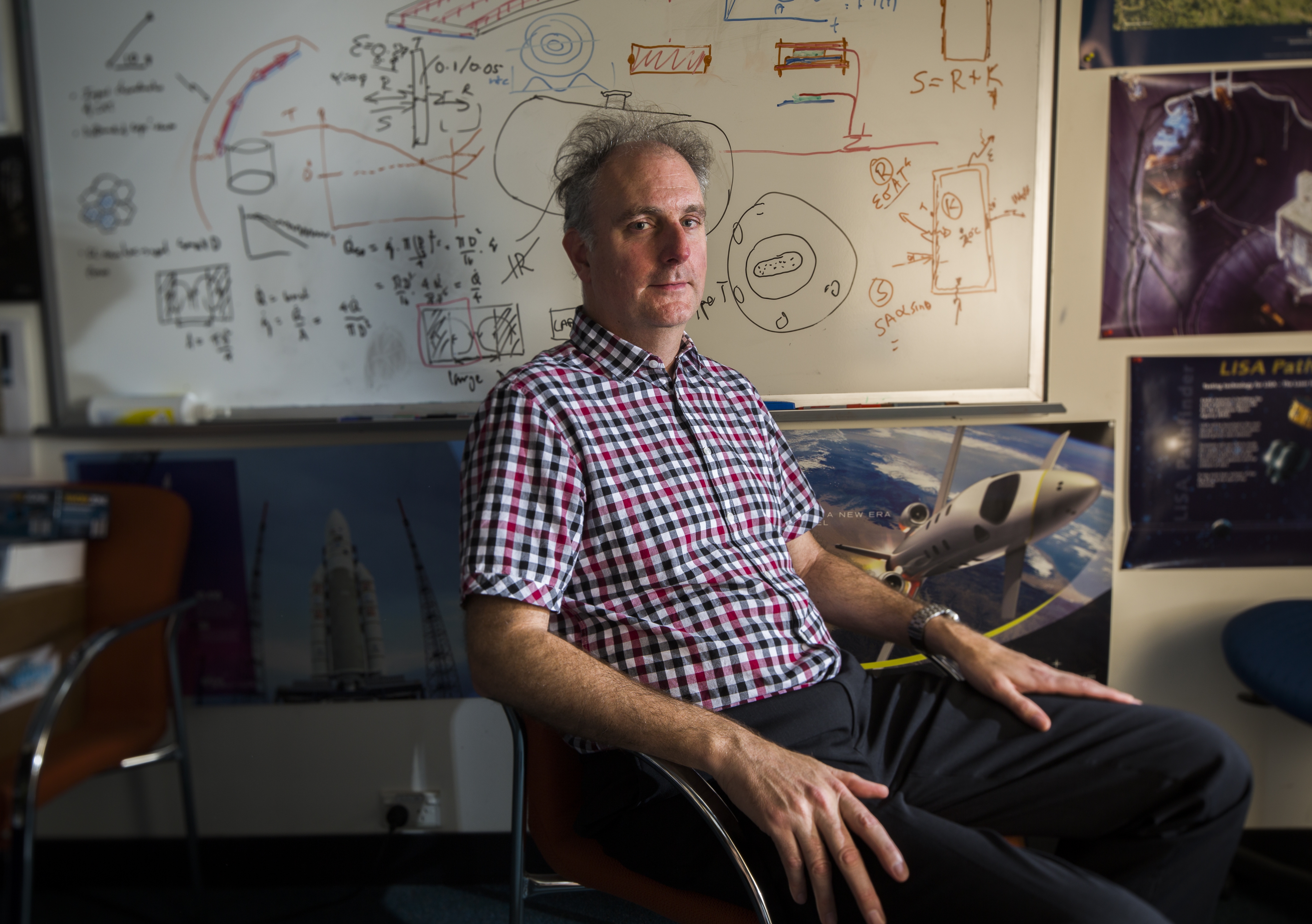 Dr Sean Tuttle is not likely to forget the events of 20 January 2014. That summer it felt as if everyone on Earth was watching to see if he had done his job. Indeed many people were.

Ten years earlier, Tuttle had been part of a European Space Agency team that launched a spacecraft called Rosetta in Europe’s most ambitious space endeavour. The mission: to send a probe on several fly-bys of Earth and Mars before eventually tracking billions of kilometres towards comet 67P/Churyumov–Gerasimenko, where Rosetta would land a module on the comet’s surface.

As the space systems engineer in charge of the mission’s thermal design, Tuttle was responsible for ensuring everything in the spacecraft would be kept at the right operating temperature throughout the 6.5 billion kilometre journey.

Comets are so old and so little disturbed from the earliest time after the big bang that by taking samples we’ll learn a lot more about the early stages of the formation of the solar system.

The biggest challenge: Rosetta was entirely solar powered, so on its way to rendezvous with the comet from beyond the dark orbit of Jupiter, it had to go into hibernation. Only when it was back within the reach of the sun’s rays could the probe wake up again, a nap of some 150 million kilometres.

So in January last year Tuttle, who by then was a senior lecturer developing a space engineering research program at UNSW Canberra’s School of Engineering and Information Technology, was waiting along with the rest of the world to see if Rosetta would survive its long, cold sleep.

He knew that even though his work had taken place in Europe more than a decade earlier, if Rosetta didn’t come to life as planned, fingers of blame would point all the way to Canberra – and at him. 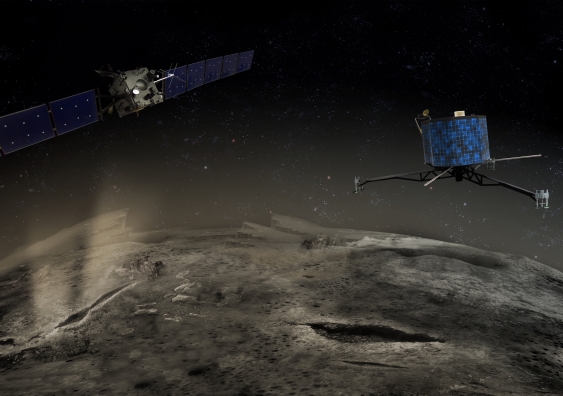 Artist rendition of the Rosetta Orbiter and Philae during landing on comet 67P/Churyumov-Gerasimenko. An illustration of what ESA and US scientists believe the comet may look like. The Spacecraft, Lander and Comet are not to scale. Image: NASA/JPL

“Thermal design is a black art within the industry,” says Tuttle of his 15-year career in the European space industry. “It is not clear-cut. You have to look at everything at every point in the mission under all conditions of operation.”

The outside of the spacecraft is subject to massive variations in temperature, he explains. The inside is packed with electronic systems creating their own heat, which must be dissipated. And there are the competing problems. “All the electronics like to be around normal room temperature, but the batteries want to be cooler. But they can’t get too cold or they’ll stop working,” Tuttle says.

“Then you’ve got propulsion systems, liquid propellants etcetera, that can’t be allowed to freeze and moving parts that will have bearings and need different kinds of lubricant, depending on the temperature ranges.

“Basically what you’ve got is a big box of things that need to live together comfortably, but that don’t like to.”

In order to create harmony in this “big box of things” Tuttle had to innovate, using processes that have since been adapted into other technologies and industries.

What’s most important is the journey. We stretched ourselves and did things that hadn’t been done before.

These techniques included placing thermal blankets on the exterior made from a material called Kapton and louvres over the spacecraft’s radiators that opened and closed when necessary, to release or retain heat.

On the day Rosetta was scheduled to awaken, Tuttle admits he was suffering a case of the nerves. That night he logged into the space agency’s live webcast to watch the unfolding events. There was an excruciating wait as Rosetta’s key instruments warmed up. The spacecraft took its time to aim its radio antenna at Earth but eventually a signal was picked up by ground stations in California and Canberra. Rosetta was awake. Keepers of Rosetta’s Twitter account tweeted “Hello World” and Tuttle finally breathed out. 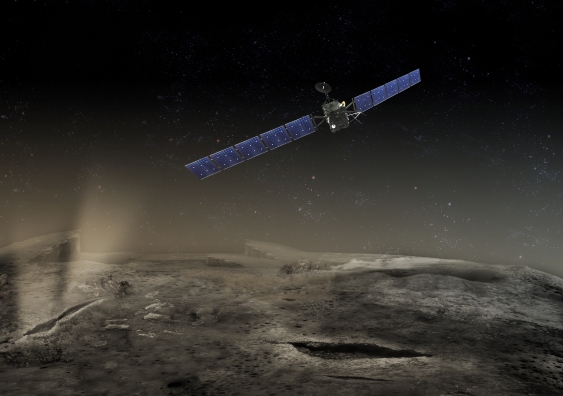 Artist rendition of the Rosetta in orbit around comet 67P/Churyumov-Gerasimenko. An illustration of what ESA and US scientists believe the comet may look like. The Spacecraft and Comet are not to scale. Image: NASA/JPL

Ten months later, Rosetta’s module Philae successfully landed on the comet, achieving a first for humankind. The mission continues to today, returning data from both Rosetta and the comet’s surface.

“I think what’s most important is the journey,” says a philosophical Tuttle, who as part of the Rosetta team received the 2014 Sir Arthur Clarke Award by the British Interplanetary Society. “We stretched ourselves and did things that hadn’t been done before.”

“Comets are so old and so little disturbed from the earliest time after the big bang that by taking samples we’ll learn a lot more about the early stages of the formation of the solar system. But to me the journey is like the early voyages of discovery – you learn along the way about yourself.”