Reyna Ge was grappling with what to study after high school when she sat down to hear a speech from former High Court justice Michael Kirby. Now she's headed to the Hague to make her mark on private international law and international affairs. 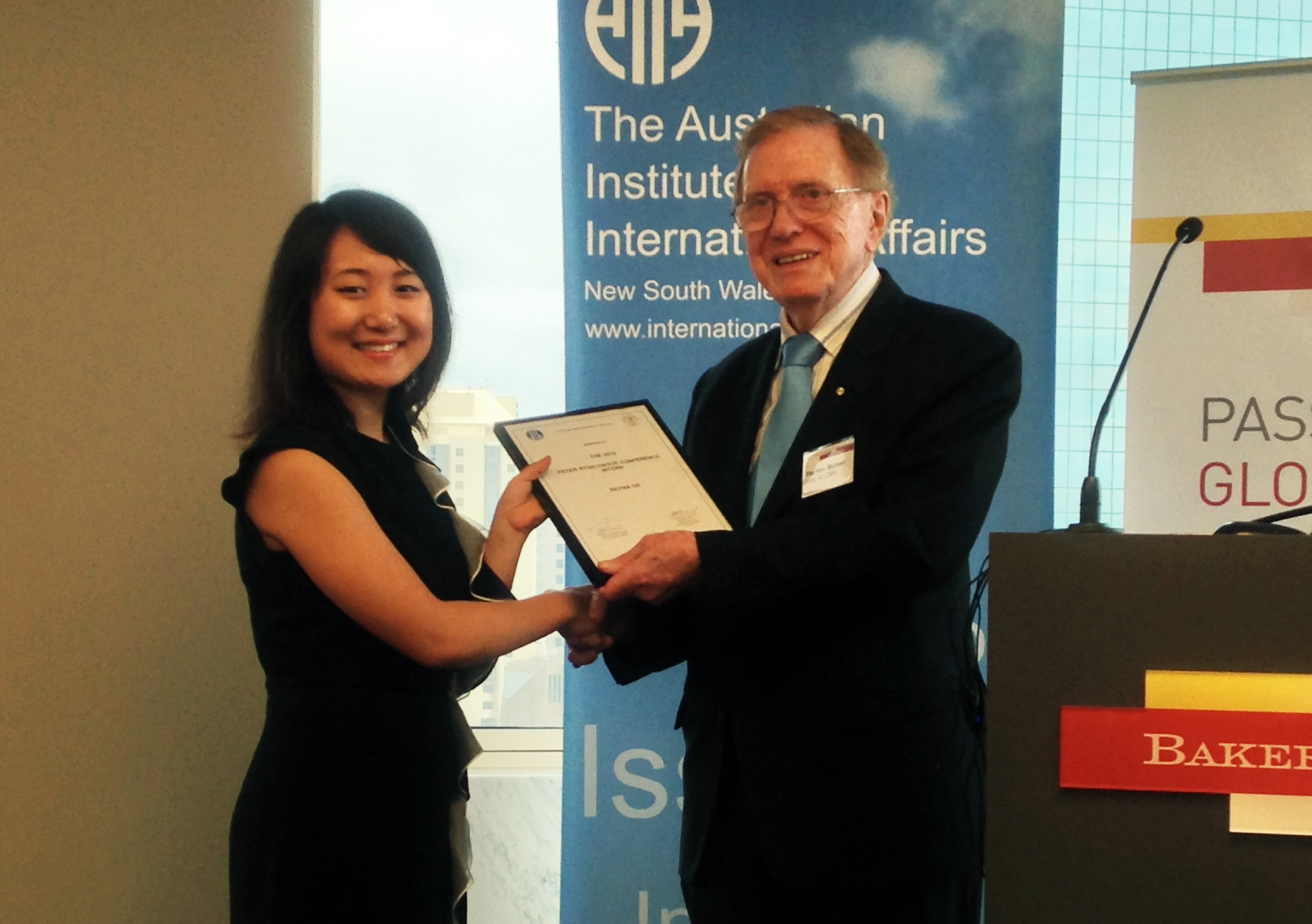 Reyna Ge was grappling with what to study after high school when she sat down to hear a speech from former High Court Judge Michael Kirby.

“He said something in the speech which has stayed with me: law is power,” said the UNSW alumna, who graduated with a combined commerce/law degree in 2015 including first-class honours in law.

“Law provides an incredible understanding of how society works, and a set of analytical skills that sets you up for life. But it also confers a responsibility to consider the broader community.”

Ge says hearing Justice Kirby speak, during an event held at UNSW for high-achieving school leavers, not only sparked a passion, but a career.

I'm excited by the prospect of being involved in a field that recognises and responds to the increasingly globalised and interlinked nature of our world.

Fitting – even poetic, she says – that Kirby this week presented Ge with the 2016 Peter Nygh Hague Conference Internship from the Australian Institute of International Affairs and the International Law Association (Australian Branch).

The award is given annually to an exceptional graduate or post-graduate student of an Australian law school to support an internship with The Hague Conference on Private International Law in the Netherlands – the world organisation for cross-border cooperation in civil and commercial matters.

It covers travels expenses and pays a stipend for the student to live and work at the intergovernmental organisation, which develops and services multilateral legal instruments to respond to global needs.

“Receiving the internship is both a great opportunity and honour for me,” she said. “By receiving the award in its 10th year, I join a great cohort of Nygh interns.

“I hope, like the interns before me, to be able to add my mark to private international law and international affairs more broadly.”

The judges described Ge as an outstanding candidate, with a “strong interest in private international law, driven personality and clear intellectual ability”.

She represented UNSW in several prominent international law competitions, finished first in the international commercial arbitration course at UNSW Law in 2014 and won the 2014 Danielle Sirmai Memorial Award for private international law. She was also a vice-president of the UNSW Law Society.

UNSW Law has given me a powerful intellectual foundation for my future pursuits, as well as impressing upon me the broader vision of contributing to the development of the international community.

“UNSW Law has given me a powerful intellectual foundation for my future pursuits, as well as impressing upon me the broader vision of contributing to the development of the international community,” she said.

On the professional front, Ge worked for two years as a paralegal, completed a rotation in litigation and dispute resolution at top-tier firm Allens and completed internships at the Hague Conference’s Asia-Pacific regional office in Hong Kong and at Linklaters in London.

Ge recently returned from a final semester on exchange at the University of Amsterdam and is currently completing her Graduate Diploma of Legal Practice at the Australian National University before departing for The Hague on February 27.

She hopes to put her passion for cross-border dispute resolution to use by contributing to the Judgments Project, which will feature as the key topic of the 2016 Special Commission of the Hague Conference. This project focuses on the international jurisdiction of courts and the recognition and enforcement of their judgments overseas.

“I also hope to broaden my understanding of different aspects of private international law by undertaking research for various projects concerning family law, surrogacy laws and tourism laws from an international perspective,” she said.

Ge said she was excited by private international law’s incredibly diverse scope and “the prospect of being involved in a field that recognises and responds to the increasingly globalised and interlinked nature of our world.”