It’s no exaggeration to say that genetic research is rewriting our understanding of the human evolutionary story, writes Darren Curnoe. 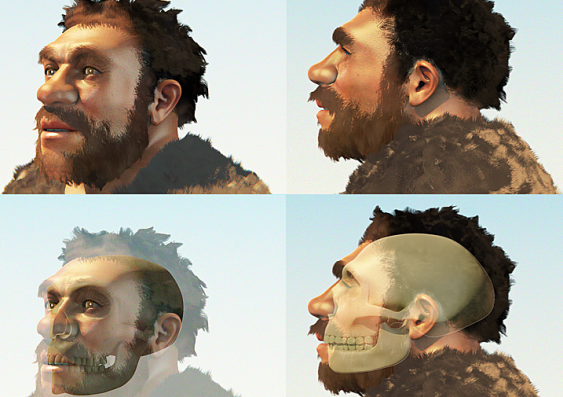 OPINION: If I had taken a straw poll among anthropologists 10 years ago asking them how far genetic research would come in the next decade, I doubt anyone would have come close to predicting the big impact fossil DNA work would come to have.

Back then, this nascent field was bogged down with fundamental issues like distinguishing authentic DNA from contamination. Simply recovering enough nuclear DNA to say anything sensible at all about human origins would have been a really big achievement.

But following some remarkable technical developments in that time, including next generation sequencing, ancient DNA research is beginning to come of age.

And it’s no exaggeration to say that it’s dramatically rewriting our understanding of the human evolutionary story and, unexpectedly, resolving some old, seemingly intractable, questions along the way.

I say ‘beginning’ because despite the remarkable findings over the last half decade or so, many of which I have written about before, ancient DNA, particularly fossil genome research, has really only just begun.

But, boy, what start!

Two studies out last week in the journals Science and Nature are characteristic of the coming of age of ancient DNA studies; I’ll return to them shortly.

As I see it - from the viewpoint of someone who studies the fossils - this field is beginning to provide answers to some big questions we’ve been wrestling with for a long, long, time.

Here are three big issues which I think geneticists are making headway on, following decades of stalled progress by fossil specialists.

1. There’s been a shift from merely documenting the occurrence of interbreeding between modern humans and archaic groups, like the Neanderthals and Denisovans, to a focus on the circumstances surrounding it and its consequences for living people.

A few years back we fossil-jocks couldn’t agree about whether interbreeding had actually occurred or not. The case now seems to be closed thanks to the geneticists.

Interbreeding occurred, but it wasn’t terribly common. Around 2 per cent of the genome of non-African people was inherited from Neanderthals, with slightly more DNA in Indigenous Oceanic Southeast Asians, New Guineans and Australians coming from the mysterious Denisovans (on top of their Neanderthal inheritance).

Even among some living African populations, there is evidence for DNA inherited from an archaic species living on that continent perhaps as late as 30 thousand years ago.

I suspect there will be more evidence found in the future, from other, perhaps as yet unknown, archaic species.

One of the new studies - led by Benjamin Vernot from the University of Washington - examined 35 new genomes sequenced from people living in 11 locations in the Bismarck Archipelago of New Guinea to get a better handle on gene sharing with our archaic cousins.

They confirmed evidence for ancient gene flow with the Neanderthals and have better characterised mating with the mysterious Denisovans, by comparing their new genomes with around 1,500 other human samples.

The New Guinean samples showed between 1.9 and 3.4 per cent of their genomes to be derived from the Deniosvans.

They also showed that a second ‘pulse’ of interbreeding is seen among living East Asians, Europeans and South Asians that wasn’t shared with New Guineans.

Geneticists have now turned their attention to the specific genes that have been inherited by living humans from our archaic cousins and their consequences for understanding human adaptations and disease.

I’ve looked at some of these previously, like those associated with the human immune system and high altitude adaptation.

The really exciting area to be explored in the future is whether genes associated with features of the skeleton can be identified, helping us to make a direct connection with the physical changes documented in the fossil record and to understand how and why such changes came about.

2. Ancient DNA is finally placing a framework around the vexed question, ‘how can we pick a new species from among the fossils’?

For decades, anthropologists have been locking horns over how many species there might be in the human evolutionary tree; with estimates presently ranging from 5 to more than 25 species.

So far, we’ve lacked an independent, objective, way to test our ideas. But, surprisingly, this is now emerging from comparisons of the human genome with those of our archaic cousins.

For example, for over 100 years anthropologists have argued about whether the Neanderthals are a separate species to modern humans, or merely a sub-species of our kind.

DNA has now given us an answer, and it should satisfy even the more hard nosed of anthropologists; although, experience tells me some of my colleagues will go the grave believing otherwise.

Neanderthal, Denisovan and other archaic DNA is found unevenly throughout the human genome, occurring in hotspots, with vast deserts separating large stretches of archaic genes.

One example is the human X-chromosome which is largely free of archaic DNA. This indicates that natural selection weeded out archaic genes, and also that male hybrid offspring of archaic and modern human matings were probably infertile.

Anyone with a passing interest in the species questions will recognise immediately the importance of such a finding: humans and Neanderthals were different species, even if one applies the very strict criterion of ‘interbreeding’, so widely assumed to be indicative of species differences.

Now, most anthropologists have considered the Neanderthals to be the closest extinct relative we humans have, regardless of their species status. Yet, DNA work shows they were highly biologically distinct from us, in accordance, as I see it, with their unusual physical features.

To me, this indicates we should be prepared to recognise and accommodate many more species in the human tree, even after humans and Neanderthal had split.

You might like to read my article about the complex question of species and their recognition in human evolution studies.

The second study from last week, led by Matthias Meyer of the Max Planck Institute for Evolutionary Anthropology, recovered nuclear DNA from two specimens from the Spanish fossil site of Sima de Los Huesos (the ‘pit of bones’).

These fossils are at least 430 thousand years old, and the new work builds on research by the team published last year where they were able to recover the much smaller and less informative mitochondrial genome from a fossil from the site.

The mitochondrial DNA was found to be identical to the Deniosvans, but the new nuclear sequences are related to Neanderthals.

So, the Sima de Los Huesos specimens are either very early Neanderthals or the ancestors of the Neanderthals; retaining the mitochondrial genome of their Denisovan ancestors, or perhaps even acquiring it through interbreeding.

The work confirms nicely what some anthropologists have thought about the Sima de Los Huesos fossils from their anatomy.

It also shows that the common ancestor of Neanderthals and modern humans lived more than 430 thousand years ago; in fact, the molecular clock in this new research indicates a split somewhere in the range of 550-765 thousand years ago.

This means that the immediate ancestors of living humans evolved for at least 600 thousand years, probably longer, separately from the Neanderthals.

I take away from this that it takes about 600 thousand years for hybrid sterility to kick in in humans. And, remembering that hybrid sterility is at the end of the process of species formation, we should expect there to be many more, short-lived, species in the human tree than we’ve recognised until now.

Human evolution should be seen as a bush, with lot’s of twigs, rather than a thickly trunked tree, with only a small number of branches (species). I imagine diversity was the rule as we see in other living primates today.

We modern humans were just one of many kinds of human, but oddly, the only one to persist today. Perhaps genomics might help us answer this mother of all mysteries in the not too distant future as well.