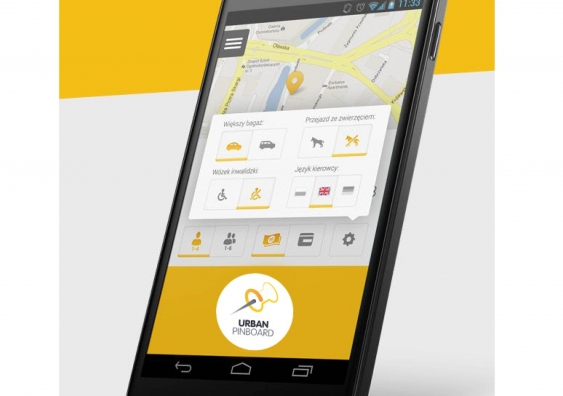 A new digital platform designed to raise the “urban IQ” of Sydneysiders, by making building and planning information publicly accessible, has won an Urban Development Institute of Australia NSW award.

As the winner of the Connected Cities strand of the UDIA’s City Life project,  the Urban Pinboard is one of only three submissions selected to each receive $50,000 from the UDIA NSW as part of the organisation’s CityLife project which aims to tackle issues of affordability, livability and connectivity within Sydney, Australia’s biggest city.

The winning proposal was announced during an address by Sarah Hill, CEO of the recently formed Greater Sydney Commission.

Project leaders, Hank Haeusler, from UNSW’s Bachelor of Computational Design and COX Director Philip Graus, say the fragmented components of Sydney’s building industry need to be encouraged to collaborate so that talent, ideas and potential can be realised.

“Urban Pinboard is a data and knowledge rich resource that has the ability to raise the urban IQ of the city and as a result, produce more informed decision making and smarter city transformation,” says Haeusler.

Haeusler says the App will be a tool for government agencies to engage and communicate with other sectors, while providing communities with access to neighbourhood data, and developers, professionals and consultants with extra insight and knowledge.

“By giving all sectors an equal voice and the ability to share ideas, this platform will unlock the latent talent and knowledge in our city allowing it to be utilised for more innovative and efficient outcomes,” says Haeusler.

“COX is a multidisciplinary design practice and UNSW is a world-leading research university that is also dedicated to interdisciplinary collaborations that more strongly engage research with practice to the benefit of both,” he says.

Stephen Albin, UDIA NSW's CEO, says he is thrilled with the response to the competition, which received more than 60 entries from around the world.

“An urban population explosion is leading to a number of issues that, if not addressed now, will lead to a looming crisis in affordability, transport and our health in the future,” Mr Albin says.

“The CityLife project is putting responsible and innovative plans in place now, to build more liveable cities in our greater urban city future.”

The two other CityLife Project winners are business management consultants, Macroplan Dimasi, whose research will address the potential of employment-based urban development in non-CBD centres, and Hames Sharley/UTS, whose project will enable future cities to be founded on a network economy, not just traditional land economics and planning.