RESILIENCE: THE NEXT BIG SHIFT IN ARCHITECTURE 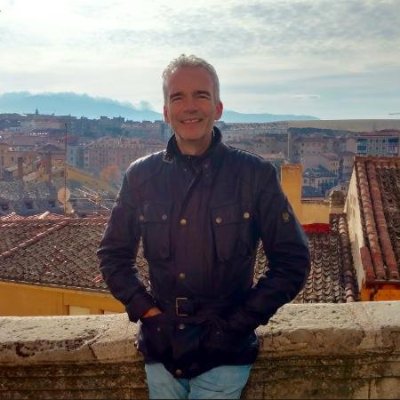 Traditionally an architect is thought of as someone who designs and builds something, usually a house, an office tower or a block of flats. However, with the rapid rise of urban populations, increased disruption from natural disasters fuelled by climate change and displacement because of geo-political conflicts, the traditional role of an architect is itself being disrupted. Engaging architects in a humanitarian response is gaining support as a necessary discipline to come up with solutions to these often devastating issues. In fact, when the new 2016 curriculum for UNSW Built Environment degree, Master of Architecture, was announced last year by its Director, Professor Xing Ruan, one of the four new pillars to be included was “social agency.” This, plus Judith Neilson’s $10 million endowment to UNSW Built Environment to research the design of emergency housing, has attracted Professor David Sanderson to our shores to be the inaugural Chair.

According to Professor Sanderson, he sees resilience as the future direction of architects and something that they cannot afford to ignore. He explains, “How can architecture teach the skills and tools to instil this [resilience]? Architects are just starting to wake up to this. It’s not just about building a product; it’s about helping people to be resourceful. Getting people to engage in their environments”

Above: What architects need to learn from. People recovering from 2013’s Typhoon Haiyan, The Philippines.

To say Sanderson is ahead of the curve regarding humanitarian architecture would be an understatement. Although he trained as an architect he has been working in humanitarian aid for the last 25 years. Before he moved to Sydney in February he specialised in urban disaster resilience and humanitarian aid at the Norwegian University of Science and Technology. He studied architecture at De Montfort University and Oxford Brookes University in the UK and has held various positons with international aid agencies as well many teaching posts including Harvard University (see bio below).

Above: Louisiana Superdome in the aftermath of Hurricane Katrina. 30,000 people were forced to seek shelter here with no plumbing.

One of the big questions that this Chair needs to answer is: how do we do urban growth fairly? “More and more people are moving to urban centres. Did you know that towns and cities are growing by about one million people per week, mostly in Asia and Africa? And four out of five refugees in Jordan fleeing Syria live in urban areas? There are nearly one billion slum dwellers in the world today and this may double in the next 20 years,” explained Sanderson.

Professionals tend not to be engaged with the marginalised so another big ticket item for this Chair is to get architects, planners and other built environment professionals involved in the social, economic and political dimensions of these growing problems. Sanderson says these could be from making sure the marginalised have a toilet to how we help “climate migrants”, people displaced, for instance, by sea level rises. And here’s one surprising fact: humanitarian aid is still mainly based on working in regional or remote areas. “Aid systems are based on rural assumptions. This is changing. We need to adapt these tools in aid thinking. What are the best investments aid agencies can make in urban areas? Do they provide an expensive shelter that lasts for three years or do they train people to build their own homes that last a lifetime?” asks Sanderson.

Above: An Adelaide house burns down in 2015. According to a study done by the University of Tasmania, Australian bushfires increased by 40% between 2008 and 2013.

There seems to be so many questions and not so many answers and that’s why Judith Neilson’s vision on this is so extraordinary. She seems to have donated just when the world needed her foresight and generosity as there is increasing awareness amongst leading thinkers in aid and architecture about what needs to be done. When you look at what’s happening with Europe and the millions of refugees fleeing Syria – the biggest shift of people since World War Two - the issues just seem insurmountable. United Nations Secretary-General Ban Ki-Moon shares Neilson’s views. He’s driving the first-ever World Humanitarian Summit that will take place in Istanbul in May this year. The name of the launch report for the summit? One Humanity: Shared Responsibility. It could not be more poignant. Just like the UN, Sanderson wants everyone involved, “I would love to see this work spread across UNSW, get every faculty involved.”

Above: 2011 earthquake in Christchurch. Over 10,000 homes were lost or had to be demolished.

Above: A Syrian UNHCR refugee camp. According to UNHCR there are over four million Syrian refugees. Over 13 million people are in need of urgent assistance making it the biggest humanitarian crisis in the world in 70 years.

Above: Temporary housing in Sendai, Japan after an earthquake and a tsunami.

That the City of Sydney has a Chief Resilience Officer? The Rockefeller Foundation pioneered a new program called 100 Resilient Cities (100RC) which is “dedicated to helping cities around the world become more resilient to the physical, social and economic challenges that are a growing part of the 21st century.” One hundred cities around the world won a bid to receive financial assistance to employ a resilience officer amongst other resources.

Asia and Africa have the largest urban shifts

A refugee is a refugee for an average of 17 years

Across the globe, towns and cities grow by approximately 180,000 people every day

Having trained in architecture at De Montfort University and Oxford Brookes University, he has worked with international aid agencies in development and disaster risk reduction for the past 25 years including CARE International UK as Head of Policy and as Regional Manager for Southern and West Africa.

Prior to that Professor Sanderson worked at the Oxford Centre for Disaster Studies and at Oxford Brookes University as Director of the Centre for Development and Emergency Practice (CENDEP). He was also a Visiting Professor at Harvard University from 2013-2014.

Housing by People by John Turner

Shelter After Disaster by Ian Davis