The race is on: How accelerators are working to launch the next unicorn

​​A new report highlights the support needed to develop a thriving start-up culture in Australia. 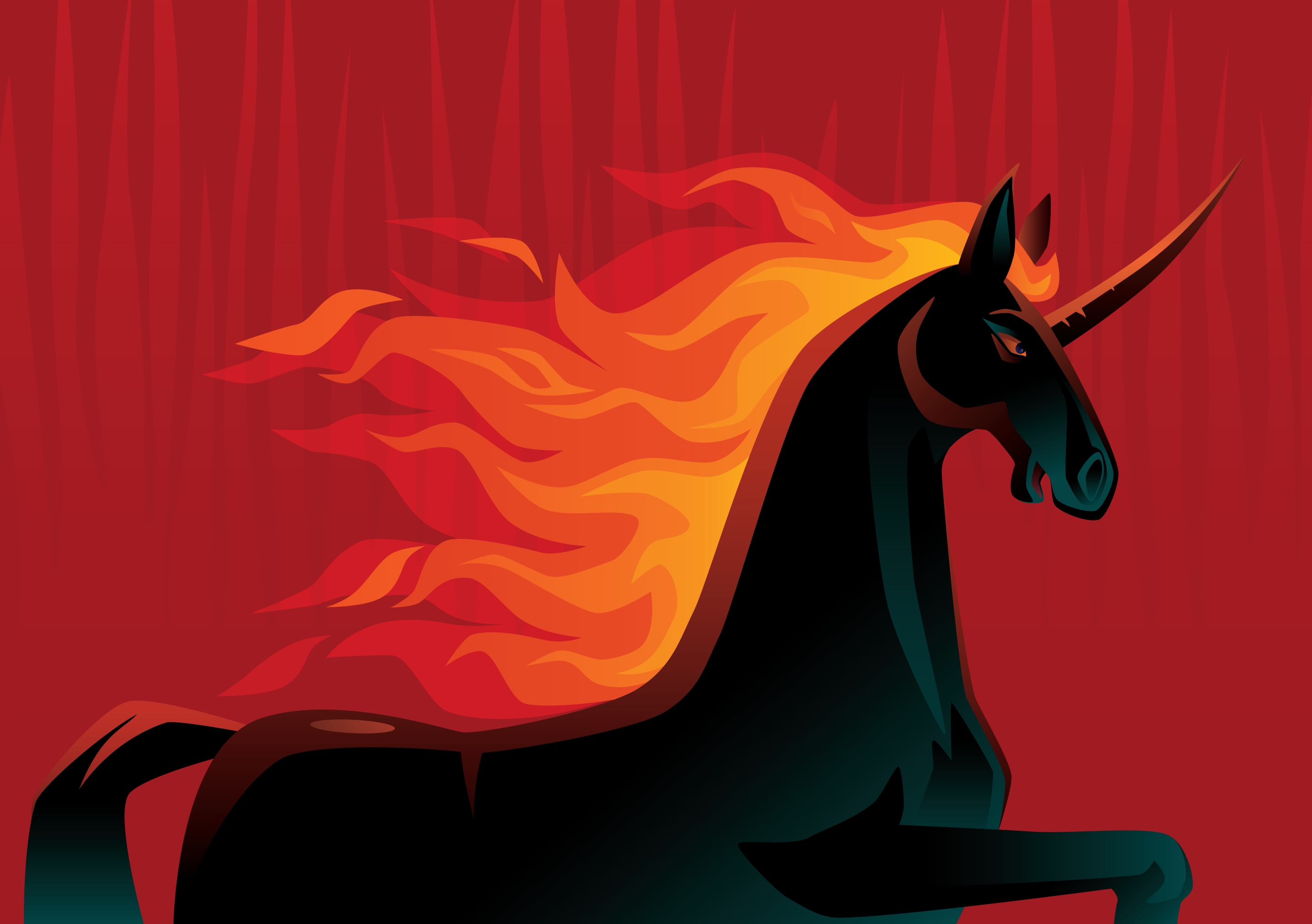 The billion dollar start-up is such a powerful idea because it’s not a myth – it is a reality that dozens of companies have achieved.

As of February 2016, ride-sharing juggernaut Uber was valued by a Wall Street Journal report at US$51 billion, Airbnb at US$25 billion and Snapchat at US$16 billion.

These are only three members of what the Journal calls the Billion Dollar Start-up Club, a group it dedicates specific coverage to on its website. With such glittering examples, it’s little surprise there’s a conga line of new start-ups striving to have the next big idea in their respective fields.

In Australia, the federal government has delivered some impetus with its $1 billion innovation package announced late last year. Coincidentally, within days of the announcement, Atlassian, an Australian enterprise software start-up by two former UNSW classmates, received a record-breaking valuation of US$4.4 billion. ​

But simply throwing money at the national start-up scene will not automatically create more members of that Billion Dollar Club, whose members are known as “unicorns”.​

These start-ups don’t exist in isolation. So many of them fail that to create success requires careful nurturing in what is now popularly called an ecosystem, which comprises a ferment between venture capital, angel investors, mentors and the bricks and mortar where the start-ups create their magic.

Skin in the game​

To understand the impact of different forms of support that start-ups receive in Australia, the Department of Industry, Innovation and Science (DIIS) commissioned UNSW Business School to research and report back on the national start-up scene.

The resulting report, The Role and Performance of Accelerators in the Australian Start-up Ecosystem, estimates there are approximately 1500 start-ups in Australia that can benefit from the coordination of investment capital and other resources by support organisations within innovation ecosystems.

These support organisations include those in the private and public sector, in addition to those with links to universities.

Led by chief investigator Martin Bliemel, a senior lecturer in innovation and entrepreneurship at UNSW Business School, the research is distinctive in that it looks primarily at the accelerator model, a different and more contemporary evolution of the incubator concept that was the dominant model up to the time of the dot.com crash more than a decade ago.

“An accelerator is different because the people or the organisation who create it have some skin in the game in terms of funding and equity,” says Bliemel.

“We discovered that incubators – which are more about providing bricks and mortar and a place to work – are something of a dirty word because they still have the connotation of ‘life support’ rather than helping you do something bigger and better.”

In the accelerator model, whose origins are most often attributed to the US start-up fund Y Combinator (which fostered Airbnb), cohorts of start-up companies simultaneously receive seed money, office space and mentoring in exchange for a percentage of equity.

Because of the circumstances that create them, these supporting organisations are often hybrids which combine different components of support. One hybrid version is called a “germinator”.

Bliemel and his team interviewed 18 of the support organisations – primarily accelerators but also those using other models – and then went on to survey 76 start-ups.

With the start-up scene being so fluid, and the local environment being comparatively immature, the responses revealed the differences between models, and the varied expectations of the start-ups. Many of the accelerators were also start-ups themselves, and barely older than the start-ups they supported.

The point was also made on several occasions that successful accelerators could not be contrived. There was something organic about the combination of elements that delivered success.

If one thing was consistent, says Bliemel, it was the “vital importance” of mentoring as a component being valued very highly by the start-ups. It is also the component that takes the longest to build.

“High-quality mentoring from experienced and successful entrepreneurs was one of the main things which attracted start-ups to particular support organisations. It determined their reputation, and it was up there with seed capital,” says Bliemel.

A shortage of quality mentors in Australia, however, had created what one interviewee called “mentor fatigue” among the best-qualified people, who were spread too thinly.

Toby Heap and his brother Ben founded one of the accelerators, called H2, last year, and took space at the Sydney hub Stone & Chalk, focusing on the “hot” area of financial technology, the so-called fintechs.

Since May 2015, H2 has had two rounds of new companies through its fintech accelerator, and is presently running its third. So far, H2 has invested in 16 fintech companies.

Heap says that in the case of H2, a discussion on labelling it an incubator or accelerator is “semantics”.

“Both incubators and accelerators aim to help start-ups to get going and become successful commercial entities,” Heap says.

“Both tend to house the start-ups together for an extended time and surround them with mentors, however accelerators such as ours on-board start-ups in cohorts and provide a bit more of a structured program and curriculum.”

“If you have enough high quality start-ups the investors will come,” he says.

This is what Bliemel calls the “beacon effect”, where success draws success and accelerator programs generate additional momentum in the greater ecosystem.

Toby Heap says that if an accelerator is producing enough mature start-ups which have successfully exited to stand on their own, then the “smart money” will come and with them the mentors who are critical to the process.

“Sydney now has all of these elements in place which is why it has never been a better time for start-ups,” says Heap.

Two of H2’s more successful start-ups have been Stockspot and Equitise.

Stockspot is an automated investing service that last year raised its second round of capital from a group of investors led by Global Founders Fund, the VC arm of German investing powerhouse Rocket Internet. Equitise is an equity crowd-funding platform that launched in NZ in 2014, and recently gained third-round funding from investment bank Investec.

Steamroller, or the road​

A key part of Bliemel’s research was seeking to identify metrics that deliver an understanding of the success of accelerators, pre-accelerators, incubators, germinators and co-working spaces.

Working back from there could create insights into how, without being too contrived, successful programs could be created and supported by government policy.

Primary metrics for accelerators were around follow-up funding, the number of successful start-up exits, the reputation of the program and its global impact.

For incubators, the primary metrics were slightly different, with more emphasis around positive cash flow and job creation.

Creating the right conditions to foster a national start-up culture is a delicate balance of R&D and co-investment incentives, entrepreneur education and even immigration regulations. A large percentage of Australian start-ups are created by people who were not born in Australia.

“We have to understand that despite all the local energy around start-ups, we are in an internationally competitive world and stand to lose some of our best young companies to similar programs overseas,” says Bliemel.

With an immature start-up culture spread disparately across a large country, there is a risk that Australia will simply export its best ideas to accelerators overseas, and the local momentum will stagnate.

The report concludes with a closing thought which is also a warning: “Failure to innovate is perhaps the biggest risk, followed by the risk of poorly executing entrepreneurship policy,” it says.

“As aptly put by Charles Nightingale, CEO of the Australia-Israel Chamber of Commerce: ‘We're either the steamroller, or we'll be part of the road’.”

This article was first published in BusinessThink.