The problem with laws aimed at “bad guys” is that they frequently have wider impact, write Luke McNamara and Julia Quilter. 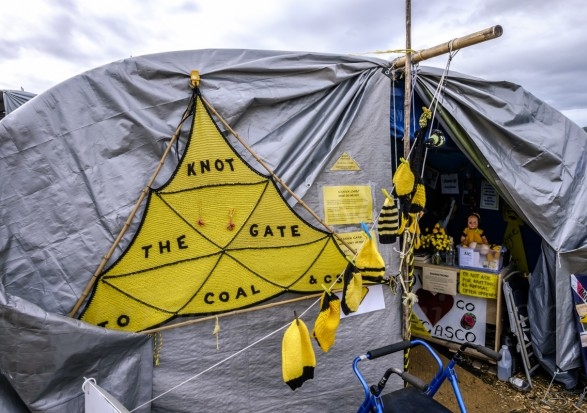 OPINION: The New South Wales government recently introduced two new laws that impose serious constraints on how we use public spaces. They represent just the latest round of expanded police powers and higher criminal penalties justified in the name of “public safety”. The government’s solution is to let police decide who has the right to protest.

State parliament passed one of these laws in March. The other has been introduced and is likely to be passed when parliament resumes in May.

The measures are said to be a response to the dangerous and disruptive activities of a “radical minority” who “abuse” the democratic right to protest, and to organised crime gangs who threaten our “way of life” if allowed to move freely in the community.

Whether these groups really do pose the risks the government claims is debatable. The bigger problem is that it isn’t just the “bad guys” who are exposed to restrictive powers and tougher penalties. Anyone whose behaviour is regarded as a public safety risk is potentially in the frame.

The government has yet again vested enormous discretion in police officers to make that assessment – in some instances with no opportunity for judicial review.

The offence of trespass has a long history as a mechanism for criminalising political protest. In the early 1970s it was used againstsquatters and protestors opposed to over-development in Kings Cross.

Harsh punishment was never really the objective. Having the offence on the statute books gave police a reason to intervene, arrest and charge protesters.

Now the police have a new tool in their anti-protester toolkit. This has a very different complexion. An aggravated offence of unlawful entry on inclosed lands now carries a maximum fine of A$5,500.

“Aggravation” can take two forms: interfering with the business being conducted on the land in question; or conduct deemed to give rise to a “serious risk to the safety” of anyone present, including the protester.

Even more troubling, police now have the power to give “move on” directions to break up a protest if they believe that direction is necessary to deal with a serious risk to safety. Police previously weren’t allowed to give move-on directions at an “apparently genuine demonstration or protest”.

The parliament has authorised police to be the arbiters of what makes a legitimate protest.

The yet-to-be-passed bill will give a senior police officer – not a judge – the power to make “public safety orders”. These will prohibit someone from attending a specified public event or entering specified premises for up to 72 hours.

An order can be made if the person’s presence at the event or premises is regarded as posing:

… a serious risk to public safety or security.

The risk test is whether the person’s presence might result in death or serious physical harm to a person, or serious damage to property. The legislation provides for a range of matters that police must take into account. These include the person’s criminal history and the reason for their attendance at an event.

Lots of cautious words and talk of “exemptions”, such as where the purpose of a person’s presence is industrial action, don’t change the fact that the proposed law gives the police very wide discretion to decide who should be allowed to circulate freely in public. The consequences are serious. The maximum penalty for contravention of a public safety order is five years' imprisonment.

Our system normally punishes only after guilt has been determined. But control orders, consorting laws and laws directed at closing down bikie clubhouses are all based on pre-emptive criminalisation.

The need for pre-emptive measures should be supported by strong evidence. It shouldn’t be enough to simply roll out widely demonised figures who evoke community anxiety – “militant greenies” or “violent bikies” – to justify the law.

Caught in the web

The problem with laws aimed at “bad guys” is that they frequently have wider impact.

The NSW Ombudsman found the 2012 revival of consorting laws to deal with crime gangs actually impacted most harshly on Indigenous Australians and homeless people.

Even in law-and-order-soaked NSW, it would be hard to get the public onside to criminalise the protest activities of Knitting Nannas Against Gas. But just because your tools of preference are knitting needles and bright colours rather than dreadlocks and thumb-locks, that doesn’t mean you won’t be regarded as a threat to public safety, ordered to “move on”, or threatened with the prospect of a criminal record and a $5,500 fine.

Anti-protest powers and offences were pioneered in Tasmania and Western Australia. The public safety order regime has been borrowed from South Australia.

That a law has already been introduced somewhere else tends to legitimise what is actually a radical “reform”. If Western Australians, Tasmanians and South Australians can stomach a little civil liberties infringement in the name of the greater good, why not the people of NSW?

This may be clever politics. But it is not the way to make good criminal laws.

Luke McNamara is a Professor of Law, UNSW.

Julia Quilter is Associate Professor of Law, University of Wollongong.