The Hobbit gets a little older, and science a little wiser

The 'Hobbit' - scientific name Homo floresiensis - continues to surprise us, and its discovery has rewritten the human story in some unpredictable ways, writes Darren Curnoe. 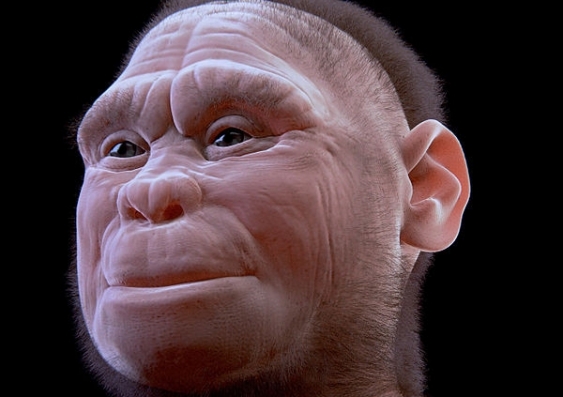 OPINION: When a skeleton of the so-called ‘Hobbit’ - scientific name Homo floresiensis - was unearthed in Indonesia in 2003 it would go on to cause a major furor in anthropological circles like few others before it.

More than a decade on, the dust has largely settled on the debate about its status as a legitimate pre-human species; although, some researchers will probably never agree it is anything other than a diseased modern human. I doubt history will be on their side.

Still, the Hobbit continues to surprise us, and its discovery has rewritten the human story in some remarkable and unpredictable ways.

The first incredible thing about it was that in many ways it physically resembledAustralopithecus: ape-like pre-humans that lived in Africa between about 4.5 million and 2 million years ago.

Homo floresiensis was, as its nickname suggests, a pint sized prehuman: it stood just over a metre tall (~106 cm) and weighed in at only 30-35 kg. The skeleton is thought to be from a female of the species.

Its lower limbs were very, very short, just like lucy’s, meaning it was an inefficient walking on the ground, but a biped nonetheless. The Hobbit’s upper limbs were also short, and again very much like Lucy’s, as well as a little like our own.

But, what’s really revealing is the ratio of upper to lower limb bone length, and at 87 percent, Homo floresiensis is very much like Lucy and very unlike our own species.

It also had a very stocky build, much more so than modern humans. But its brain was tiny: not much larger than a grapefruit at about 430 cubic centimetres.

But don’t let its small brain fool you. The stone tools found along with the Hobbit are very sophisticated indeed. In fact, some archaeologists believed their level of complexity was only ever seen in tools made by modern humans, until the Hobbit came along.

This shows us once again that our perceptions about behavioural sophistication and its links to large brains is an unnecessary assumption. It has more to do with a deeply ingrained anthropocentric view of the world than evolutionary reality.

The shape of its skull is reminiscent of both Homo habilis and Homo erectus, and its teeth are small and more human-like, which is why it was classified in Homo and not Australopithecus.

Still, I think it sits uneasily in Homo; could certainly be accommodated in Australopithecus; but probably better deserves to be classified in its own group, its own genus.

None of my colleagues are yet to acknowledge the parallels here and my views will not be popular among anthropologists who are for the most part deeply conservative about such matters.

But to claim the Hobbit fits comfortably within Homo is absurd, and turns the human genus into an ill defined hodgepodge of all too difficult to classify fossils. It renders Homomeaningless.

Had the Hobbit been a new species of monkey, elephant or rodent I doubt anyone would have objected to it being a wholly new kind of creature deserving of its own genus and place in the tree of life.

The second incredible thing about Homo floresiensis is its geographic location. What on earth was a Lucy-like creature doing on the Indonesian island of Flores, so far away from Africa? And, so damned close to Australia?

This remains one of the biggest mysteries still about the Hobbit. Why was it living on an island that was, over the last million years and more, never connected to Asian mainland? How did it get there?

Some of my colleagues think it is simply a dwarfed version of Homo erectus, a species found on the nearby island of Java from perhaps 1.5 million years ago. But I don’t buy it. This idea can’t explain the resemblances to Lucy.

Homo floresiensis is the first example of a genuine island dwelling pre-human; and beyond it, only modern humans among all members of the human evolutionary group are known to have colonised and survived on genuinely isolated islands like Flores.

If the archaeologists are right about the complexity of its tools and cognition, then it must surely have been capable of building boats, even if quite rudimentary ones?

Where did it come from? Well, the similarities to Lucy and sediba suggest it must have evolved from Australopithecus. In Africa, or perhaps even outside of Africa. We should expect anthropologists to find Australopithecus in Asia one day soon.

The third incredible thing about it is its remarkably young geological age.

The cave deposits in which the bones of Homo floresiensis were found were thought until just last week to span the period 95 thousand to 12 thousand years ago. This made it the youngest example of a non-sapiens species anywhere on the planet.

To put this into context, people were already beginning to develop agriculture in the Fertile Crescent and rich plains of the Yangtze River by around 12 thousand years ago.

New research published last week in the journal Nature by Thomas Sutikna and co-workersshows the original estimates of the age of the Hobbit were wrong. New ages, including directly on the bones of Homo floresiensis itself, now show it lived at Liang Bua Cave between 100 thousand and 60 thousand years ago.

And the stone tools associated with the species are found in cave sediments dating between 190 thousand and 50 thousand years old.

Does the re-dating detract from the significance of the Hobbit? Not at all. It still seems incredible that a Lucy-like creature survived until so late where it did; 12 thousand or 60 thousand years ago. It makes little difference really.

It’s about as radical a discovery as we might expect in anthropology, and the full implications of the find are yet to be fully appreciated, as I hope I’ve explained somewhat here.

Why did it disappear? Well the new dates actually suggest a very likely culprit; where a date of 12 thousand years just left anthropologists scratching their heads on the issue.

We know that the earliest modern humans got into Southeast Asia and Australia about the time the Hobbits disappeared. And while this is not direct evidence, it’s certainly plausible that our own kind was responsible, directly or indirectly, for their demise.

Homo floresiensis was too small to be considered ‘megafauna’, but might still be part of the wave of extinction that accompanied the settlement of the globe by our species that led to hundreds of mammal species disappearing by the end of the last Ice Age.

Darren Curnoe is ARC Future Fellow and Director of the Earth and Sustainability Science Research Centre (ESSRC), at UNSW.