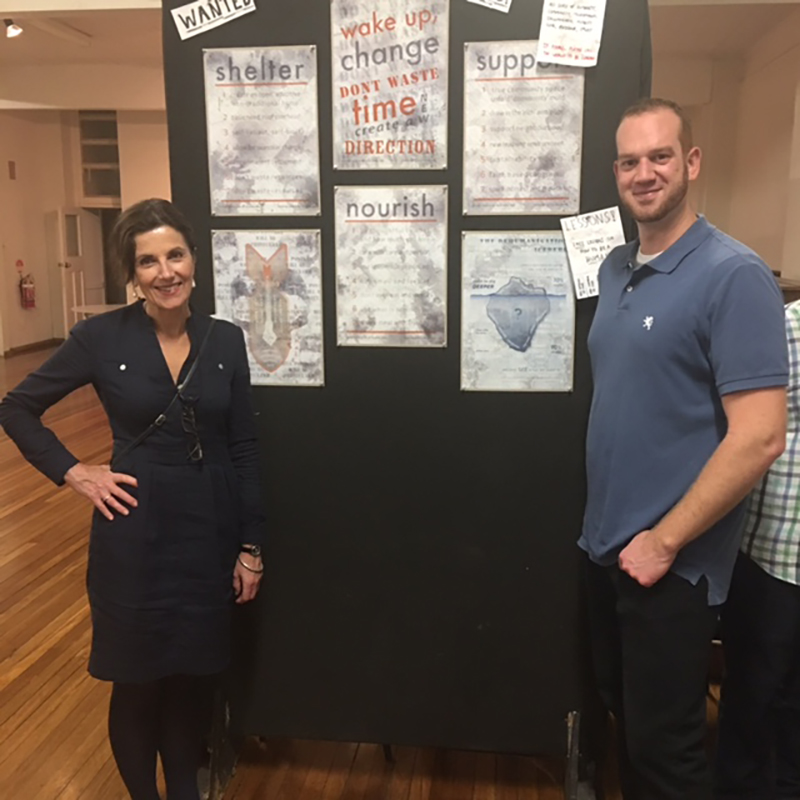 The Sustainable Community Group that is part of the ‘St Canice’s Parish Renewal’ process invited UNSW final year Master of Architecture students to explore St Canice’s site as part of their design studio. Wednesday night saw the students exhibit their research and scenario planning that will end with initial master plans and site designs in the second half of 2016 where the focus will involve detailed design of redevelopment options.

When the new 2016 curriculum for the UNSW Built Environment degree, Master of Architecture, was announced last year by its Director, Professor Xing Ruan, one of the four new pillars to be included was “social agency.” This, plus Judith Neilson’s $10 million endowment to UNSW Built Environment chaired by Professor David Sanderson, has propelled UNSW to the forefront of a new proposition within architecture: where architure meets social justice. Hence the Built Environment faculty jumped at the chance to help St Canice uncover improved uses for it's extensive building and land holdings in Kings Cross, Sydney.

International disaster risk-reduction expert Professor David Sanderson has been appointed the inaugural Judith Neilson Chair in Architecture at UNSW. The Chair, the first of its kind in Australia, was established in 2015 with a $10 million endowment from philanthropist and White Rabbit Gallery founder Judith Neilson. It aims to lead research and education to support disadvantaged communities displaced by natural disasters, geo-political conflicts, socio-economic exclusion and environmental factors.
The final year architecture students have been working out of the church hall during the year and the intention is to involve the St Canice’s community every step of the way. The work includes analysis of the site and the existing building fabric and understanding the current needs and longer term aspirations of the different groups and communities that live and work at St Canice’s.
Father Chris Jenkins from St Canice said, "These students are helping us to dream. We have a lot of land and buildings and we need to discover new ways of using them and engaging with the community and in return the students get work to on real issues in their community."
Eighteen Master of Architecture students exhibited their projects and the evening was attended by the dean of Built Environment, Professor Helen Lochhead.

Click on the image below to view the picture gallery.