A new website will help traumatised refugee men overcome the stigma associated with post-traumatic stress disorder and encourage them to seek help. 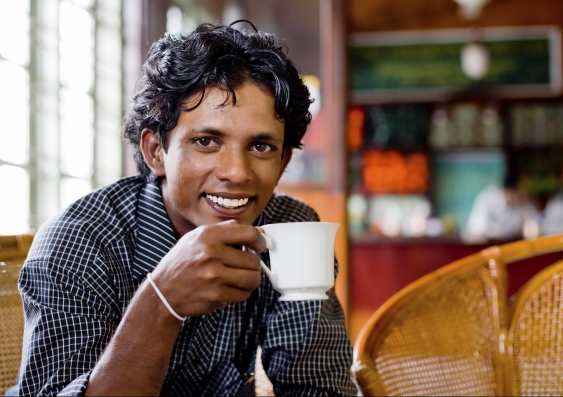 A new website will help traumatised refugee men overcome the stigma associated with post-traumatic stress disorder (PTSD) and encourage them to seek help.

‘Tell Your Story’ is the first program of its kind and was developed following research that found the prevalence of PTSD in refugees is five times higher than the general population in Australia.

The initiative is a partnership between the Refugee Trauma and Recovery Program (RTRP) led by Dr Angela Nickerson at UNSW's School of Psychology, Settlement Services International (SSI) and the Black Dog Institute.

Imad, a refugee from Iraq who features in the one of the videos, recalls how it was initially challenging to speak out about his own mental health.

“In the beginning I didn’t have any confidence to share the things I had been through. My nightmares and the bad dreams have decreased since I talked about my problems,” he said.

“Gaining a detailed understanding of the stigma and common concerns about seeking support has enabled us to create a resource that men can connect to,” she said.

The project is one of six Australian projects funded by beyondblue with donations from the Movember Foundation as part of the STRIDE project (Stigma Reduction Interventions: Digital Environments).

“This online intervention means refugee men can access information in their native language and hear positive experiences of other men from their own communities, while they build a new life here in Australia,” she said.

The Movember Foundation’s Executive Director of Programs, Paul Villanti, said the Foundation was proud to have funded the site's development.

“Stigmatising beliefs can be the biggest barrier to men getting help. ‘Tell Your Story’ aims to remove such barriers and promote good mental health for refugee men”.