‘Zero-energy’ buildings – which generate as much power as they consume – are now much closer after a UNSW team achieved the world’s highest efficiency using flexible solar cells that are non-toxic and cheap to make. 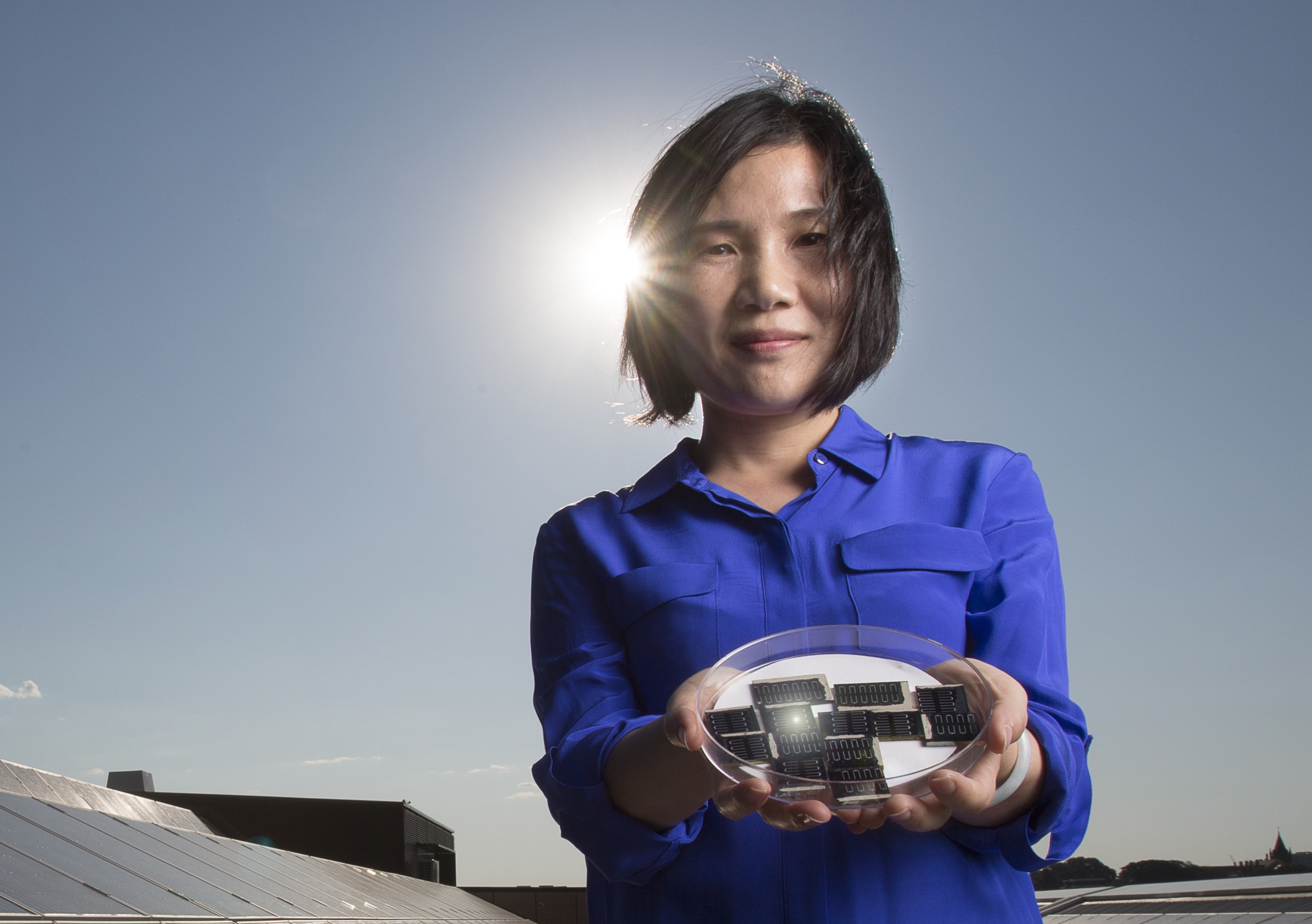 The promise of ‘zero-energy’ buildings – which generate as much power as they consume – has been held back by two hurdles: the cost of the thin-film solar cells (used in façades, roofs and windows), and the fact they’re made from scarce, and highly toxic, materials.

That’s about to change: a UNSW team, led by Dr Xiaojing Hao of the Australian Centre for Advanced Photovoltaics at the UNSW School of Photovoltaic and Renewable Energy Engineering, have achieved the world’s highest efficiency rating for a full-sized thin-film solar cell using a competing thin-film technology, known as CZTS.

Unlike its thin-film competitors, CZTS cells are made from abundant materials: copper, zinc, tin and sulphur. And CZTS has none of the toxicity problems of its two thin-film rivals, known as CdTe (cadmium-telluride) and CIGS (copper-indium-gallium-selenide). Cadmium and selenium are toxic at even tiny doses, while tellurium and indium are extremely rare.

“This is the first step on CZTS’s road to beyond 20% efficiency, and marks a milestone in its journey from the lab to commercial product,” said Hao, named one of UNSW’s 20 rising stars last year. “There is still a lot of work needed to catch up with CdTe and CIGS, in both efficiency and cell size, but we are well on the way.” 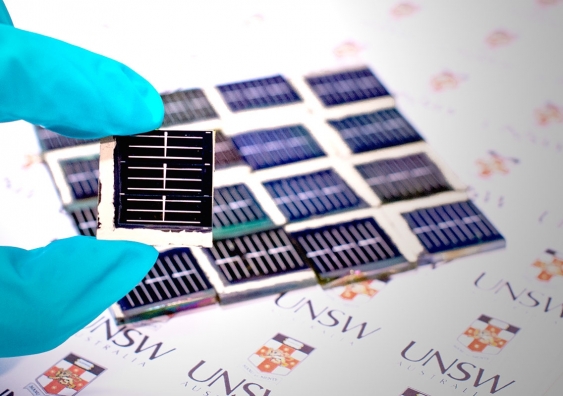 “In addition to its elements being more commonplace and environmentally benign, we’re interested in these higher bandgap CZTS cells for two reasons,” said Professor Martin Green, a mentor of Dr Hao.

“They can be deposited directly onto materials as thin layers that are 50 times thinner than a human hair, so there’s no need to manufacture silicon ‘wafer’ cells and interconnect them separately,” he added. “They also respond better than silicon to blue wavelengths of light, and can be stacked as a thin-film on top of silicon cells to ultimately improve the overall performance.”

By being able to deposit CZTS solar cells on various surfaces, Hao’s team believe this puts them firmly on the road to making thin-film photovoltaic cells that can be rigid or flexible, and durable and cheap enough to be widely integrated into buildings to generate electricity from the sunlight that strikes structures such as glazing, façades, roof tiles and windows.

However, because CZTS is cheaper – and easier to bring from lab to commercialisation than other thin-film solar cells, given already available commercialised manufacturing method – applications are likely even sooner. UNSW is collaborating with a number of large companies keen to develop applications well before it reaches 20% efficiency – probably, Hao says, within the next few years.

“I’m quietly confident we can overcome the technical challenges to further boosting the efficiency of CZTS cells, because there are a lot of tricks we’ve learned over the past 30 years in boosting CdTe and CIGS and even silicon cells, but which haven’t been applied to CZTS,” said Hao. 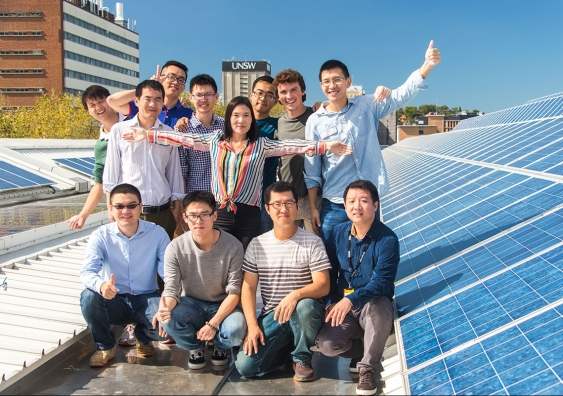 Dr Xiaojing Hao (centre) and her CZTS Solar Cell Group at the UNSW School of Photovoltaic and Renewable Energy Engineering.

Currently, thin-film photovoltaic cells like CdTe are used mainly in large solar power farms, as the cadmium toxicity makes them unsuitable for residential systems, while CIGS cells is more commonly used in Japan on rooftops.

First Solar, a US$5 billion behemoth that specialises in large-scale photovoltaic systems, relies entirely on CdTe; while CIGS is the preferred technology of China’s Hanergy, the world’s largest thin-film solar power company.

Thin-film technologies such as CdTe and CIGS are also attractive because they are physically flexible, which increases the number of potential applications, such as curved surfaces, roofing membranes, or transparent and translucent structures like windows and skylights.

But their toxicity has made the construction industry – mindful of its history with asbestos – wary of using them. Scarcity of the elements also renders them unattractive, as price spikes are likely as demand rises. Despite this, the global market for so-called Building-Integrated Photovoltaics (BIPV) is already valued at US$1.6 billion.

Hao believes CZTS’s cheapness, benign environmental profile and abundant elements may be the trigger that finally brings architects and builders onboard to using thin-film solar panels more widely in buildings.

Until now, most architects have used conventional solar panels made from crystalline silicon. While these are even cheaper than CZTS cells, they don’t offer the same flexibility for curved surfaces and other awkward geometries needed to easily integrate into building designs.

UNSW’s Faculty of Engineering is the powerhouse of engineering research in Australia, comprising of nine schools, 21 research centres and participating or leading 10 Cooperative Research Centres. It is ranked in the world’s top 50 engineering faculties, and home to Australia’s largest cohort of engineering undergraduate, postgraduate, domestic and international students.