Is impact sourcing a godsend or cultural intrusion?

For the marginalised in India, impact sourcing can lead to a better future. 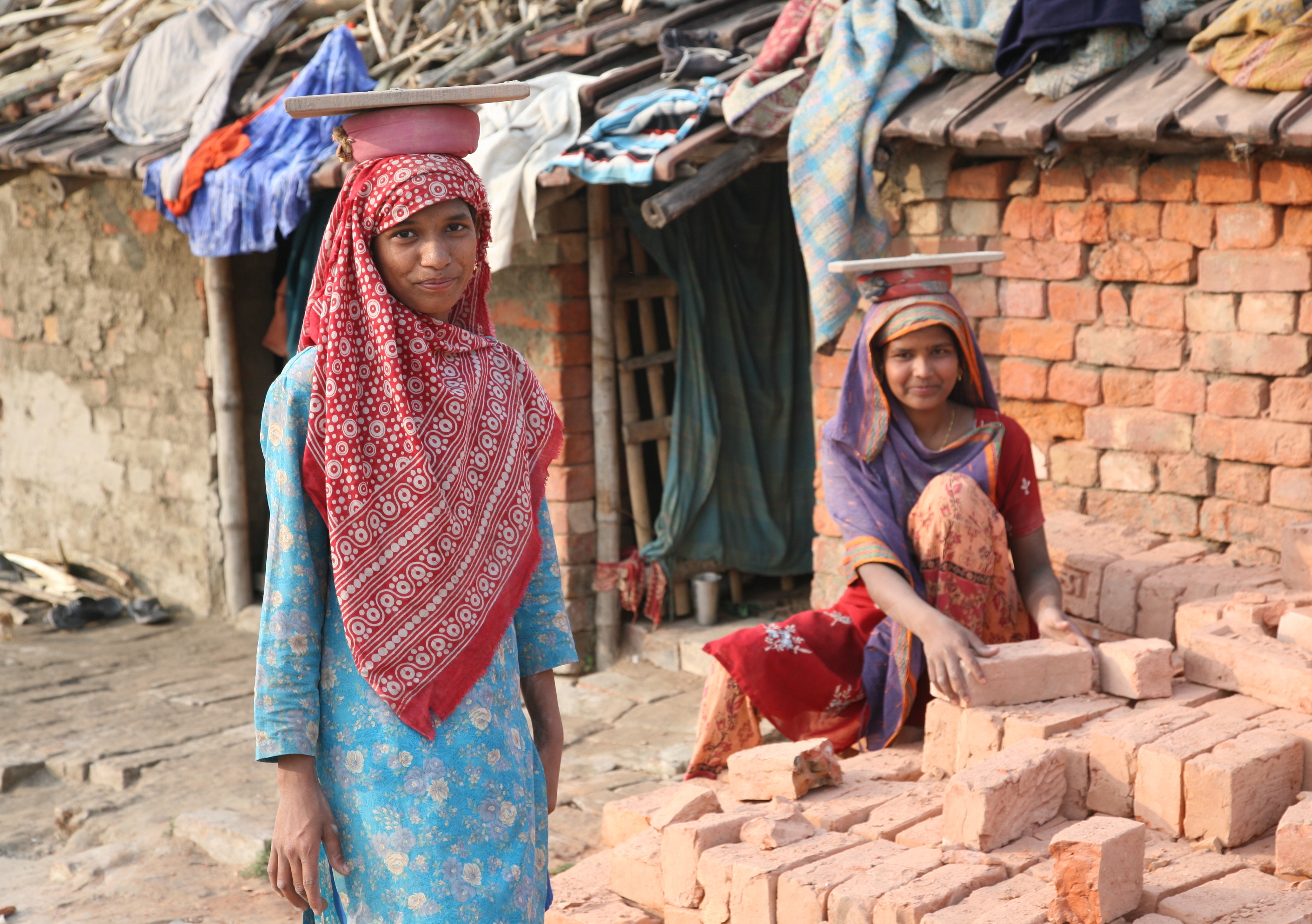 Some critics take a dim view of business process outsourcing (BPO). They see it as just a way for big companies to get more for less, and boost their bottom lines, by contracting business tasks to poor workers in developing countries through third-party deals.​

At its best, however, outsourcing provides mutual benefits for companies and employees – a notion that successful entrepreneurs are taking to a new level through a phenomenon known as impact sourcing.

Specifically aimed at helping marginalised communities, impact sourcing has grown steadily during the past five years in countries such as India, The Philippines, Kenya and South Africa. The inclusive employment practice lets companies connect high-potential, disadvantaged youths to available jobs.

M.S. Sandeep, a lecturer at UNSW Business School, and M.N. Ravishankar, a professor at the School of Business and Economics at Loughborough University in the UK, explore this developing initiative in their paper, Social innovations in outsourcing: An empirical​ investigation of impact sourcing companies in India, published in the Journal of Strategic Information Systems.

They note that a mixture of compassion and guilt is driving some entrepreneurs to set up impact sourcing arms to assist struggling communities.

“It does seem that they have their heart in the right place,” Sandeep says. “They could have easily got away with establishing the centre in a [better resourced] nearby town and that would have made their own life a lot easier.”

For the workers, Sandeep says they often relish the chance to do white-collar, digitised projects rather than being forced into low-paid and transient agricultural or factory jobs.

“They see these jobs as stepping stones to better opportunities.”

A work in progress​

Known previously by terms such as ethical outsourcing and rural sourcing, impact sourcing has become more mainstream in recent years on the back of the Rockefeller Foundation’s digital jobs initiatives in South Africa.

The American institution’s research shows that impact sourcing results in a more engaged and motivated workforce for companies, along with providing opportunities for disadvantaged people.

It’s a view that resonates with Sandeep and Ravishankar after their qualitative study of seven Indian impact sourcing companies. They note that impact sourcing “not only seeks to deliver business value for clients, but is also driven by an explicit social mission to help marginalised communities enjoy the benefits of globalisation”.

Ravishankar says there is no doubt that traditional outsourcing – made popular two decades ago by companies such as Infosys in India – has also created positive knock-on effects for communities and workers.

The difference now is that some entrepreneurs are going directly into very underprivileged rural areas where the state has failed to provide jobs. Despite a promising momentum, Ravishankar notes that impact sourcing remains a relatively small sector and employs only about 9000 people in India.

“But there’s a real opportunity for people to outsource to remote locations, especially if the talent pool is available. But it’s by no means a finished product,” he says.

Pathway to a better future​

In The Philippines, Chris Moriarty, the chief executive of ethical outsourcing company Flat Planet, loves being involved in a BPO company that contributes to social good. His organisation believes in an equal opportunity for all and links companies with talent in The Philippines while insisting on fair work conditions.

Moriarty believes that while the term impact sourcing is new, the concept dates back to the origins of capitalism more than two centuries ago and philosopher Adam Smith’s discussion of the virtuous circle. Smith theorised that man’s tendency toward self-interest through business can result in prosperity for others, too.

In the same way, businesses seeking to create efficiencies and make money through outsourcing can facilitate better outcomes for society. For impact sourcing to deliver, Moriarty says businesses must create a value proposition around it.

“For me, sustainability is that value proposition,” he notes.

That means taking into account any ethical implications and risks associated with a project. According to Moriarty, there are many unethical employers who exploit workers in the BPO space, but he expects their focus on short-term profits to ultimately backfire.

Cutting corners typically leads to an unstable workforce, poor quality of performance and inadequate technology systems, among other issues. Conversely, ethical outsourcers can make a real difference in disadvantaged communities.​

Sandeep and Ravishankar report that the impact sourcing entrepreneurs in their study have acted based on “spiritual-religious experiences and feelings of compassion for marginalised communities”.

In six of the seven cases in their sample, the founders of the impact sourcing entities had felt a profound sense of guilt for their own good quality of life.

“This feeling of guilt was one of the key emotions spurring them to think of impact sourcing entrepreneurship,” the authors write.

The paper also argues that “since deeply personalised values are central to the creation and development of impact sourcing companies, the business model may not be easy to replicate”. That is, impact sourcing initiatives may be sporadic because they are motivated by a personal desire to do social good rather than compelling market-based considerations.

For those that do embrace impact sourcing, Sandeep says the Indian study suggests that “robust alliances” with local partners are crucial for the scalability and sustainability of the model.

He believes impact sourcing has the capacity to “demythologise” rural communities in India in so much as they can demonstrate that they do have the talent and resources to provide worthy services to businesses.

While most of the present work is defined, low-end business processing work – such as digitisation of manual records or publishing of e-books – there is potential scope for higher-end work in future as employees gain experience and exposure to higher levels of training.

Ravishankar points out that impact sourcing has provoked a mixed reaction in some areas of India. Some locals see the work as a “godsend” that allows them to stay in their home areas rather than being forced to chase jobs in bigger cities. The work also makes people feel valuable and gives them the capacity to lead a decent life.

With impact sourcing it’s very unlikely that they’ll make the 15% to 20% kind of returns.

Others, however, view the impact sourcing companies as “cultural intruders”. Surmising that the naysayers may be those “who have missed out on the fruits of globalisation”, Ravishankar believes many younger people, in particular, have benefited from the outsourcing jobs.​​

“It’s a good story on the employee side,” he says.

Ravishankar urges businesses considering impact sourcing to support such social initiatives while appreciating that they may deliver more modest business returns than other outsourcing options.

“With impact sourcing it’s very unlikely that they’ll make the 15% to 20% kind of returns,” he says

Moriarty says it is natural that businesses want to feel good about what they do, but those that engage in impact sourcing must also mount an economic argument to do so.

“If you can bring those two arguments together, then that’s incredibly powerful,” he says.

For further growth of the model in India, Ravishankar believes a greater role from the state is essential. He is surprised that state leaders have not welcomed the concept more widely in order to deliver benefits to struggling regions.

“Given the opportunities that are available, one would expect that the state would jump at this kind of an opportunity,” Ravishankar says.

Ultimately, Sandeep says, there is great scope for impact sourcing but that socially driven business models are inevitably tied to the motivations of individuals – can they resist the temptation to put profits ahead of the accomplishment of social progress?

“It depends a lot on the personal motivations of the entrepreneur.”