Rethinking the critical role of architects in post disaster situations 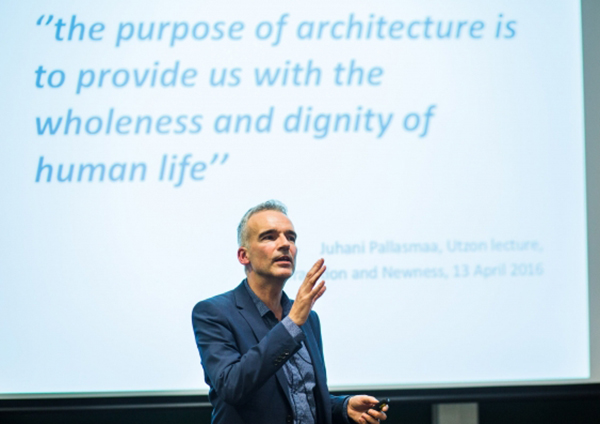 Cities are growing by one million people per week and 30% of poorer countires' populations are living in slums. Photo: Shutterstock
Sanderson is the inaugural Judith Neilson Chair in Architecture at UNSW Built Environment. The first of its kind in Australia, the Chair was established in 2015 with a $10 million endowment from philanthropist and White Rabbit Gallery founder Judith Neilson.
In a message read by UNSW Built Environment Dean Professor Helen Lochhead, Neilson congratulated Sanderson on his inaugural lecture and explained the background to her endowment.
“I’ve always felt that after food, having a secure place to live is the next most important element in anyone’s life and vital to a sense of self-worth. I’ve watched with increasing apprehension the dramatic rise in the number of people and communities who suffer serious hardship, often losing everything, including their homes, through the impacts of climate change and the devastation that follows geo-political conflict.
“I thought that for Australia to develop ways to better support communities experiencing serious disadvantage, both here and around the world, it needs first and foremost intellectual leadership. And that we also needed more young people graduating from universities with a profound exposure to the issues of disadvantage to increase awareness and perhaps attract more bright minds to careers committed to the betterment of others less fortunate.”
Sanderson is currently leading UNSW Built Environment’s Master of Architecture (Social Agency) program, which involves 18 students working on-site at St Canices Church in Kings Cross to design a redevelopment of the church in consultation with the parish community.