Scientists need to engage more with the public to secure funding 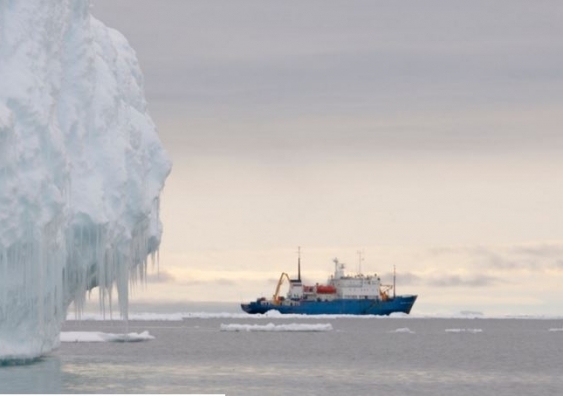 OPINION: We live in an age when society is crying out for scientific solutions to global problems. Just a few of the many considerable challenges we face include the urgent need to transition to a carbon-free economy, the need for new drugs to combat disease and improved agricultural yields to meet the needs of a growing world population.

But in parallel to this increasing demand for science we face worrying trends in Australia and across the wider Western world. From high schools to universities, there is a long-term decline in students in the so-called STEM subjects (science, technology, engineering and mathematics).

Meanwhile, government funding in many Western countries is also falling, with Australia continuing to reduce the total science budget.

Repeated studies demonstrate public science investment has a strong multiplier effect on the economy, with estimates suggesting a minimum 10:1 return.

With governments fixated on economic growth, the cutting of science funding seems particularly perverse. Science needs to flourish if it will continue to innovate for future generations.

Looking back to go forward

So what to do? Ultimately, science has a communication problem. We need to redouble our efforts engaging with the wider community to help it understand why science matters.

We don’t just need more scientists in society, we need people to better understand how science works. Making observations, testing ideas and reaching the simplest explanation can be applied to all walks of life but is woefully applied in public debate.

Before the Second World War, governments were not the big spenders they are today. In the history of intellectual endeavour, it’s only the last few generations who have taken state-funded support as the norm.

Business and private benefactors were previously far larger supporters. And in the Edwardian era, this created a golden era of science communication for many fields of endeavour.

For instance, Antarctic expeditions electrified the public, putting science and adventure on the front pages of newspapers. Exploration off the edge of the map was the Edwardian equivalent of space travel and the public could get involved. If you wanted to head south and learn more about Antarctica, you had to raise the funds by engaging the public.

They had to be excited by the endeavour. The result was a public frenzy to learn more about Antarctica. Fast-forward today, and the scientific questions have changed, but the spirit of enquiry remains.

As Earth scientists, we explored the Edwardian funding model to support a unique concept: to take an interdisciplinary research team to a region of rapid and unprecedented environmental change, with the aim of engaging the public in scientific endeavour.

The Australasian Antarctic Expedition 2013-2014 was supported by a unique combination of government, private and commercial funding to raise the necessary A$1.5 million.

Through engagement with Google, sponsorship and selling berths to interested members of the public (who signed up to be citizen scientists embedded in the science program), the expedition sought to explore changes in remote parts of the Southern Ocean including the rarely visited New Zealand subantarctic islands, and south to the site of Sir Douglas Mawson’s 1912-1914 Antarctic base on Commonwealth Bay.

The two-month expedition is delivering a rich scientific trawl. We measured the amount of mixing across the Southern Ocean and discovered significant changes in circulation; we investigated the role of Southern Ocean carbon in past global change; and we documented the devastating impact of more extensive sea ice in Commonwealth Bay on marine benthic communities and local penguin populations.

We’re on target to produce more than 20 research papers as a result. Critically, the expedition saw extensive public engagement through social media under the banner of Intrepid Science, using state-of-the-art satellite technology throughout the expedition, reporting our findings when they happened.

With a significant following on social media we received more than 60,000 views of the expedition website, highlighting both the excitement and difficulties of working at the “ends of the Earth”, and shining a light on Antarctic research rarely seen since the times of Mawson.

Frustratingly, we were caught by sea ice on the way home, but the expedition shows how even relatively modest amounts of money can help make major discoveries.

Recent research has found that scientific impact is only weakly limited by funding and that the return on investment decreases with monetary value. If so, public funding of small science may deliver major findings in the future.

As scientists we just need to engage. And perhaps a modern twist on Edwardian funding could be part of the solution.

Christopher Fogwill is an ARC Future Fellow in Glaciology and Palaeoclimate, UNSW.