The art of refugee advocacy

The partnership between UNSW Law and the Refugee Advice and Casework Service has been officially celebrated with a colourful mural. 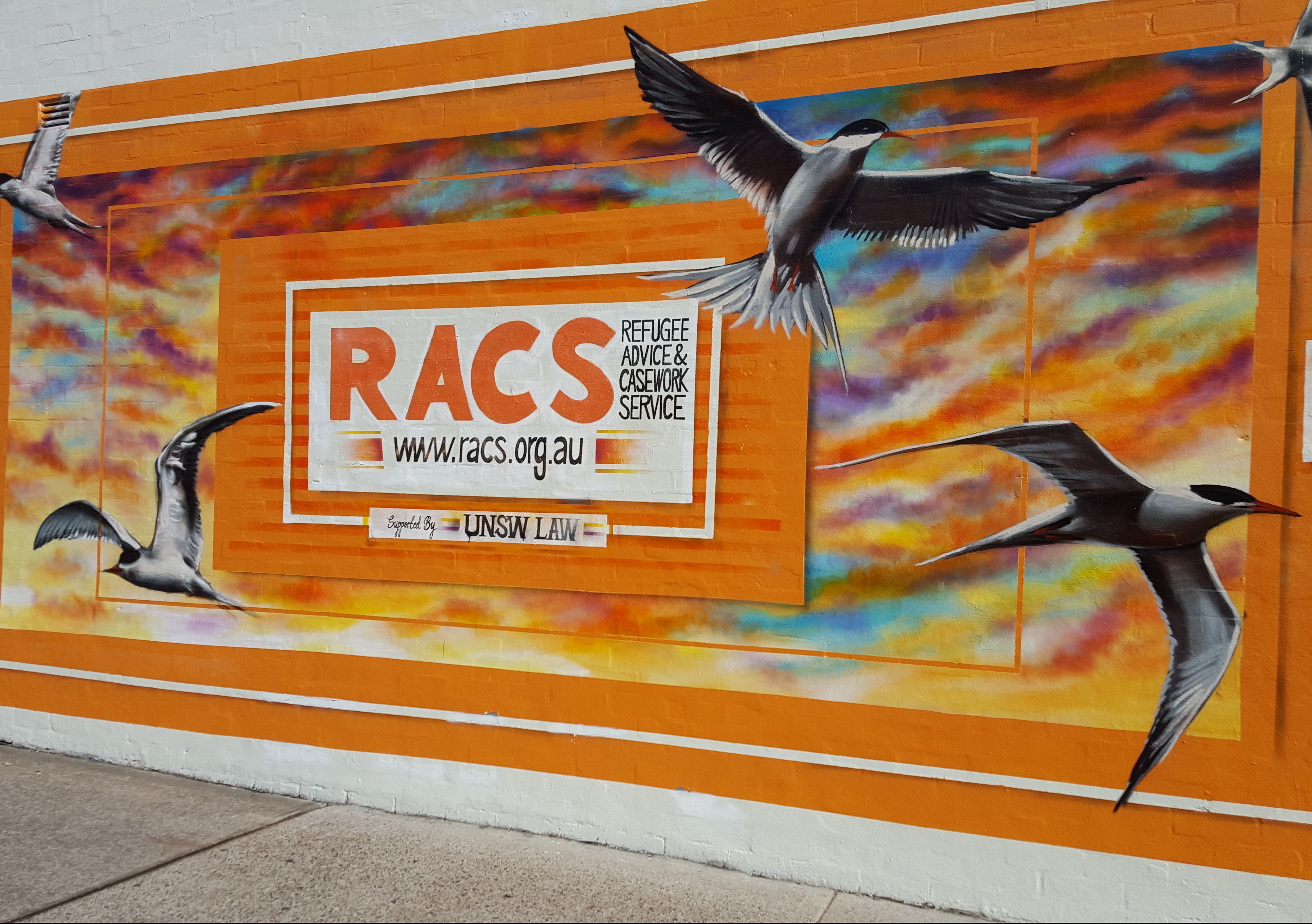 A hand-painted mural has made a striking backdrop to the new premises of the Refugee Advice and Casework Service (RACS), which have been officially opened by the UNSW President and Vice-Chancellor, Professor Ian Jacobs.

The opening signals the end of a tumultuous two years for RACS, the state’s longest-running refugee community legal centre. After losing 85% of its funding in 2014 and then being forced to leave its premises last year, the service was struggling to survive.

RACS found its new home through the tireless work of Arthur Glass, the Chair of RACS and a Senior Visiting Fellow at UNSW Law. The Dean of Law, David Dixon, agreed to provide RACS with rent-free premises for five years on the corner of High Street and Eurimbla Avenue, a block away from the main UNSW campus.

Professor Dixon said RACS was a great partner to the Kingsford Legal Centre, the Andrew & Renata Kaldor Centre for International Refugee Law and others at UNSW who work with refugees.

RACS Executive Director Tanya Jackson-Vaughan said the past 18 months had been a roller-coaster ride but the service now felt it had been embraced by the university.

“We used the mural as an opportunity to say ‘We’re here!’” Ms Jackson-Vaughan said. “The Vice-Chancellor has been very supportive and he spoke incredibly well at our event. We’ve actually been here for a few months but that official opening event felt like a housewarming for us.” 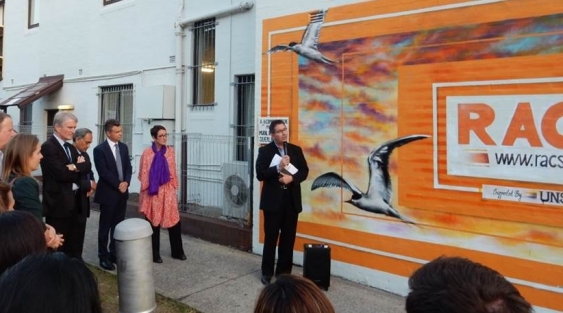 Ms Jackson-Vaughan said Randwick Council had also been very supportive, even supplying anti-graffiti paint for the mural, which was created by Communicreative, a Sydney-based outfit founded by UNSW Law alumnus Giles Fryer.

Since it began 28 years ago, RACS has forged a strong reputation as the leading provider of free expert legal services for those seeking asylum. Ms Jackson said RACS had helped 1700 people in the past 18 months, with 300 casework clients currently on its books.

“It’s made such a difference to know we have a home, and I have to say it really does feel like a home,” Ms Jackson-Vaughan said. “It’s been really important because the future was so uncertain for us. Now we are here, there’s a sense we belong somewhere.”