While Labor and the Liberals express their disdain for the Greens, their tone will change if Australians vote for a hung parliament and the Greens hold the keys to the Lodge, writes George Williams. 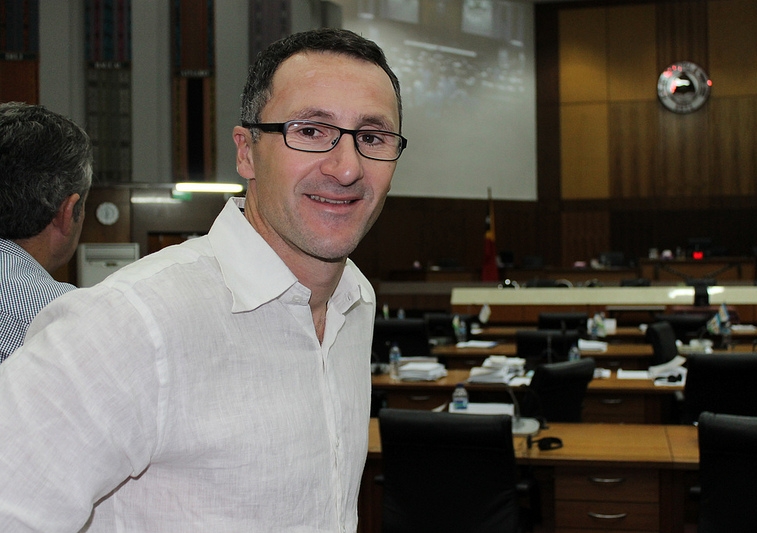 OPINION: The lead-up to the July 2 election has produced a familiar refrain. The Greens have indicated their willingness to form a coalition with Labor. Labor has expressed horror at the prospect, and the Liberals have warned that Labor cannot be taken at its word.

There is an air of unreality about this debate. While Labor and the Liberals express their disdain for the Greens, their tone will change if Australians vote for a hung parliament and the Greens hold the keys to the Lodge. If this happens, deals will be done, and the Greens will receive concessions in return for putting one of the major parties into power.

This is a basic, and inescapable, feature of our democratic system. A party wishing to govern must enjoy the support of a majority of the members of the House of Representatives. If a party has insufficient numbers, it must garner support from independent and minor party members.

This feature is not a failing of the system, but a reflection of community will. If the people do not support one party to govern alone, our politicians must respect this and seek to work with a broader group of elected representatives.

The alternative is far worse. Failing to build a coalition of support can result in an unworkable parliament, and a prime minister who at any time might be brought down by a no-confidence motion. The resulting instability and uncertainty would do enormous damage to the economy. An early election might be sought to short-circuit this. However, this would be very costly, and might lead to another hung parliament.

Australia's recent experience shows what we can expect if the 2016 election fails to produce a conclusive result. The hung parliament after the 2010 election saw the major parties initiate discussions with the crossbenchers even before the final result was known. Julia Gillard proved to be the more formidable negotiator as she, and not Tony Abbott, formed government with the backing of the Greens and three independents. Her persuasiveness was borne out by the fact that two of these independents represented conservative electorates disposed to Abbott.

The events of 2010 were not an aberration, but a possibility inherent in our system of government. Hung parliaments were the norm in Australia for the first decade after Federation in 1901, and in recent times have again become prominent. This is due in part to the collapse in first preference support for the major parties. At the 1983 federal election, 93 per cent of votes were cast for Labor or the Coalition. This dropped to 79 per cent at the 2013 election.

Every state and territory has also experienced at least one hung parliament over the past 25 years. The result has usually been stable government, often brought about by deals with crossbenchers such as the Greens.

In Tasmania, for example, Labor formed government after the 1989 election after entering into an Accord with the Greens. After the 1996 election, it was the turn of the Liberals, who formed a minority government despite the Greens holding the balance of power. More recently, Tasmanian Labor governed in coalition with the Greens from 2010. Greens leader Nick McKim, who has since joined the Senate, held several portfolios and was a member of cabinet.

The ACT has followed this pattern. The hung parliament after the 2008 election saw the Liberals offer the Greens the speakership and cabinet positions in return for their support. Despite this, the Greens sided with Labor. The 2012 ACT election also failed to return a majority, and Labor and the Greens have since governed together, with the Greens' Shane Rattenbury currently the minister for education.

Australia's recent history demonstrates the inevitability of the major parties negotiating with the Greens and other crossbenchers if the 2016 election produces a hung parliament. We can expect that ideology and righteous protestations will give way to pragmatism.

Our political leaders will make whatever deals are necessary to suit their political interest. This is business as usual in Australian politics. For example, Liberals are canvassing the idea of swapping preferences with the Greens, and relied on Greens support to reform Australia's Senate voting system.

The disconnect between the current debate and the reality gives rise to two problems. First, saying that all deals are off before the election, and then making a deal in the event of a hung parliament deepens community distrust of the political process. It can also poison the fortunes of any government formed out of the fractured Parliament.

Second, independents and minor parties may not exposed to proper scrutiny during the election campaign. The Greens have indicated their preference for Labor, but others have been left off the hook. In particular, the Nick Xenophon Team may emerge as kingmakers in the new Parliament, but have not disclosed how they would approach this task.