Nathan Power looks set to be a part of the Australian Men’s Water Polo team for the Rio Olympics, but he says being selected is just the beginning. 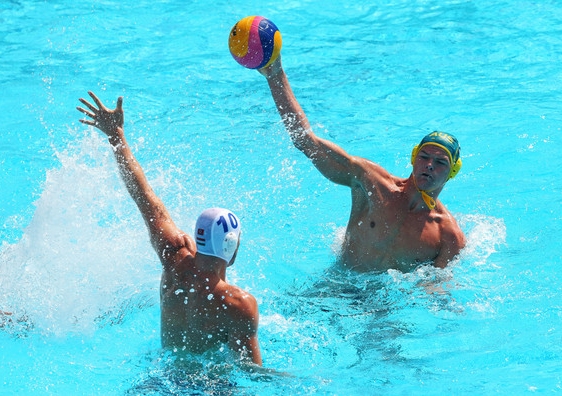 Nathan Power looks set to be a part of the Australian Men’s Water Polo team for Rio Olympics, but he says being selected is just the beginning.

“If I am fortunate enough to be selected in the final team, I want to be going to win a medal, not just to be part of the experience,” says the UNSW Ben Lexcen Scholar.

Water polo is the oldest Olympic team sport, having been contested continuously at every modern Olympic Games since the Paris games in 1900.

The final Australian team line-up for the Olympics will be announced in late June, but for Nathan the months prior will be a whirlwind of overseas tours and preparation.

He has just returned from Japan where the Australian team, the ‘Aussie Sharks’, claimed silver in a very close final at the FINA World League Intercontinental Tournament.

They have also secured a spot in the FINA World League Super Final in China, which will be the final tournament before the games.

Nathan is completing a Bachelor of Economics at UNSW, and is currently studying part-time to accommodate his training and touring schedule.

“Economics is a subject that has always interested me. I’d like to move into the business world. It is something I feel I could be successful in,” he says.

He is a recipient of the prestigious UNSW Ben Lexcen sports scholarship and is part of the UNSW Elite Athletes program.

“The support I’ve had from UNSW has been amazing. The University has provided me with the opportunity to prove that I can maintain my studies as well as my water polo career,” he says.

Raised in Newcastle, Nathan was 13 when he began playing water polo for the Central Newcastle Water Polo club, where his mother also played the sport.

In 2013 he was selected for the Australian Men’s team and competed at the 2013 FINA World Championships in Barcelona. He then moved from Newcastle to Sydney and joined the UNSW West Magpies Water Polo team.

“The UNSW West Magpies have Australian Vice-Captain Richie Campbell, who has been in the last two Olympics, goalkeeper Joel Dennerley, who played in the last Olympics, and Jarrod Gilchrist, who is on the Australian team,” says Nathan.

The team also includes a number of athletes who are pursuing their studies at UNSW with the assistance of the elite athletes program, including junior Australian athletes who will next year transition to competing for spots in the senior men’s national team.

“The UNSW team has, in recent times, twice won both the Sydney metropolitan competition and the national league competition, which is a great success for the University,” Nathan says.

And if the recent international success of the ‘Aussie Sharks’ continues, Nathan may well get his wish to also stand on the podium at Rio.