How floodwaters can turn cars into death traps

UNSW engineers have demonstrated just how easily cars can be washed away by even the smallest currents – reinforcing warnings that crossing floodwaters is a dangerous and potentially life-threatening thing to do.​ 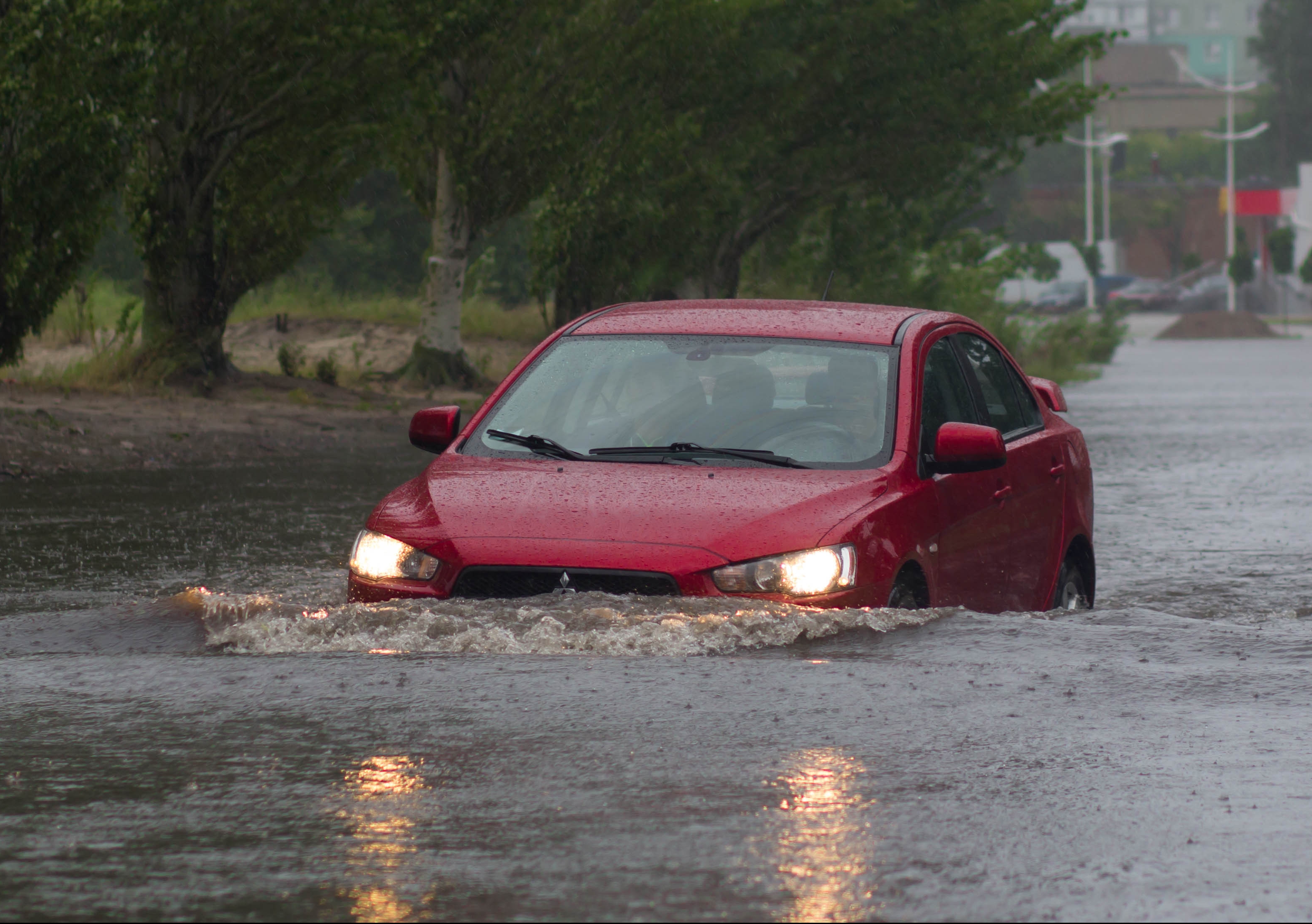 A team at the UNSW Water Research Laboratory has been testing how small and large cars behave when they encounter flash floods, replicating scenarios faced by many stranded motorists, but doing so in an especially configured test tank in Manly Vale, in northern Sydney.

“What was surprising was just how little water it took to make even a large vehicle unstable,” said principal engineer Grantley Smith, who led the research. “They became vulnerable to moving floodwaters once the depth reached the floor of the vehicle. Even in low water depths and slow flow speeds, floodwaters had a powerful enough force to make them float away.” 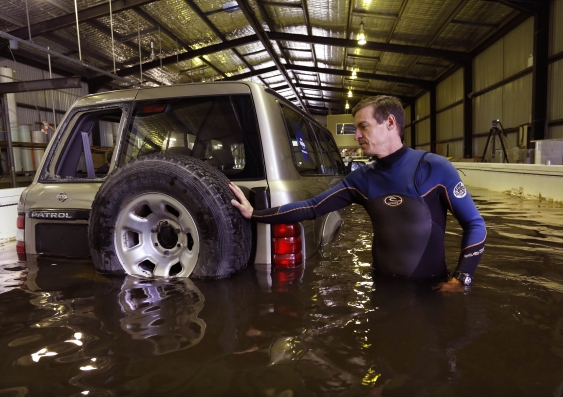 In just 95 cm of water, a 2.5 tonne 4WD can be pushed by hand: Principal engineer Grantley Smith, of the UNSW Water Research Laboratory, led the team that conducted the world first experiments. Photo:Grant Turner/Mediakoo/UNSW

The tests are a world first: previous experiments to understand the force of floodwaters have relied on using vehicle miniatures, rather than actual cars. Even the engineers were surprised how easily cars weighing more than a tonne quickly became buoyant and unstable.

A small car like a Toyota Yaris, weighing 1.05 tonnes, was moved by water only 15 cm deep and with a flow speed of just 3.6 km/h. It completely floats away in 60 cm of water.

Even a 2.5 tonne Nissan Patrol 4WD can be rendered unstable by floodwater 45cm high, and a similar flow speed. Once the water reaches 95 cm, the four-wheel drive can completely float, and needs almost zero force to move it by hand.

By contrast, an able-bodied adult is much more stable in flowing water than the 4WD vehicle.

Part of the reason – modern cars are made so airtight (for comfort reasons) that they more easily float when encountering water. Another factor is that people underestimate the power of a swathe of moving water.

“If a house is exposed to floodwaters two metres deep and 20 metres wide – travelling at a steady 1 metre/second – the force is equivalent to being hit by a 40-tonne semitrailer every 15 seconds.”

Three men died recently after being swept away while trying to drive through floodwaters in separate incidents in the ACT, the NSW southern highlands and Sydney's southwest, and the NSW State Emergency Services launched more than 80 rescues of stranded cars.

NSW SES Acting Commissioner Greg Newton said the high number of flood rescues was distressing. “People need to re-think their actions and not drive into floodwater, because by doing this they are not only placing their lives at risk, but the lives of our volunteers who have to go out and rescue them,” he said. “Entering floodwater is the number one cause of death and injury in a flood, so everyone should stay out and stay alive.”

Robert McDonald, Insurance Australia Group (IAG) Road Safety Expert, agreed: “With more storms predicted over coming days, it’s a timely reminder for people to be aware of the dangers of driving through flood water. “Common sense – and now research – says regardless of the size of your car, even a big 4WD can very quickly float like a boat. So the message is very clear – it’s never safe to enter flood water,” McDonald said.

The experiments were funded by UNSW and the NSW State Emergency Service, the NSW Office of Environment and Heritage, with IAG providing the cars.

“The Office of Environment and Heritage co-sponsored this research as part of the NSW government’s  ongoing efforts to better understand and manage the devastating impacts of flooding on local communities,” a spokeswoman said. “As fatalities and near misses continue to remind us, floodwaters are dangerous and can be deadly. This research highlights that drivers should avoid even shallow depths of still water.”