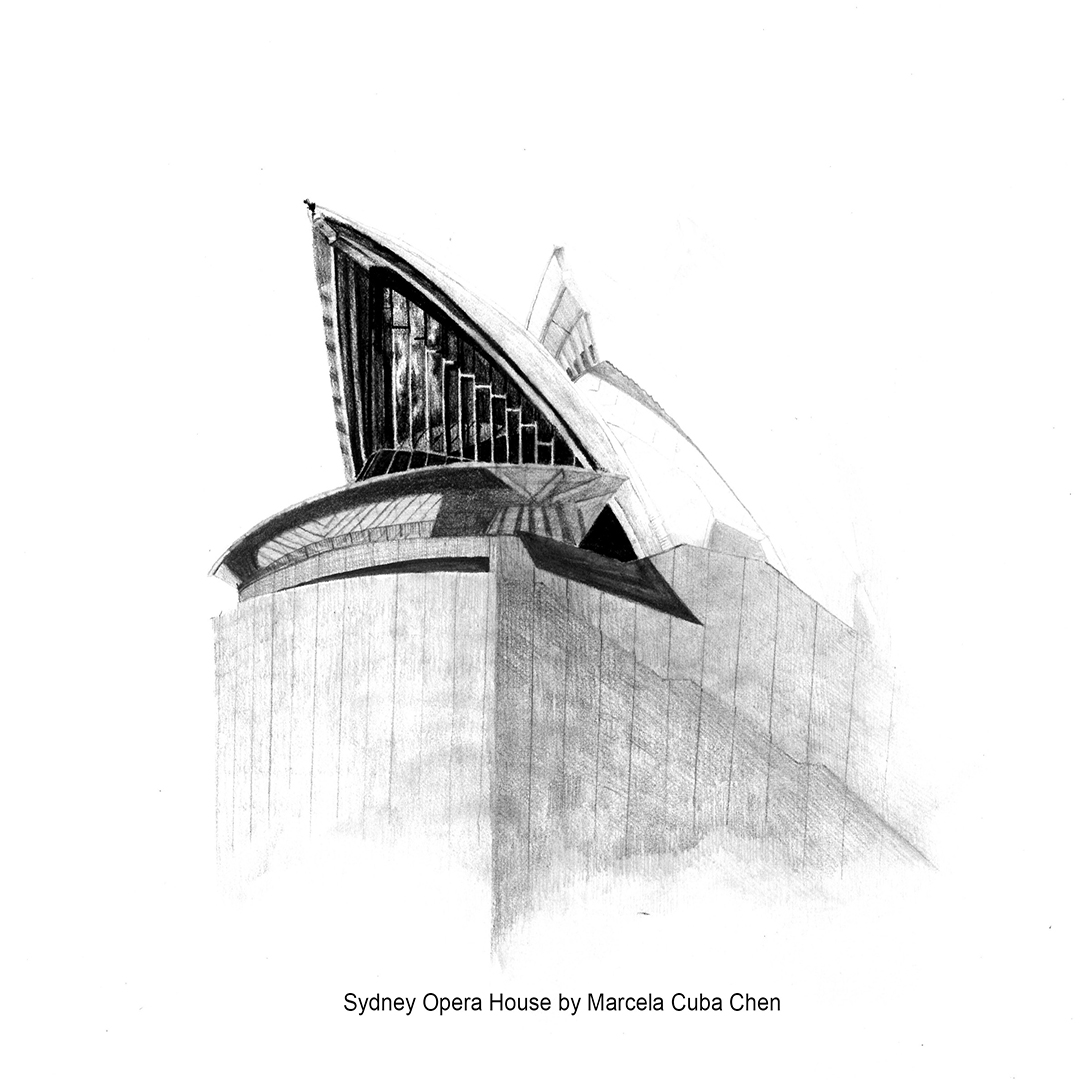 Ainslie Murray and Peter Kohane, lecturers in Architectural Studies hosted a presentation for Opera Australia staff to view the drawings and short films that students have created to be considered for use in the highly anticipated Sydney Opera House – The Opera.

Opera Australia invited some 150 UNSW Built Environment students (read more here) to design a centre piece for the VIP area as well as come up with concepts to decorate public spaces. This will be the first opera production ever to use the outside forecourt, using the Sydney Opera House as the set.

Professor Helen Lochhead said, "The students drawings were both captivating and revealing in equal measure. The work clearly illustrated the hand-mind connection, from the conceptualising of what to draw to how to portray it.  What was not drawn was as engaging as what was. The selective view that made you see what you had seen before in a new and different way was what I appreciated the most in this rich array of student work."

After viewing the Architecture students’ sketches of the Opera House, Johnson commented that “The mind is working abstractly just as Utzon’s would have done.” Johnson had a decade long collaboration with Jørn Utzon and his son, Jan, on the Opera House refurbishment. Johnson went on to explain that Utzon never engaged with form, the form always came later and that he had a geometric mind that was fluid. “He was interested in geometry observed through nature,” explained Johnson.

Award winning architect, Alec Tzannes was impressed with the works calling them “exceptional” and saying, “This studio course demonstrates that learning to draw with real pencils on paper is still an important way of developing an architect’s capacity to think deeply about the design and interpretative potential of architecture. I can imagine many of these works becoming part of the staging of the opera they were so good. From a pedagogical perspective the student work also demonstrated great learning outcomes from the study of Utzon and the Sydney Opera House through the medium of film and video.”

Students presented a selection of short films that re-interpreted the Opera House, elements of it or its relationship with the harbour, CBD and Lower North Shore. The short films posed various propositions – its status as a monument, its relationship to other iconic buildings or its connection to the harbour. Johnson said, “Utzon designed the Opera House to prepare you for the art inside.”

This time, be prepared to be blown away by the art outside.