Student volunteers are breathing life into ailing medical machines in rural Cambodia, returning home with valuable insights into a country with a complex past. 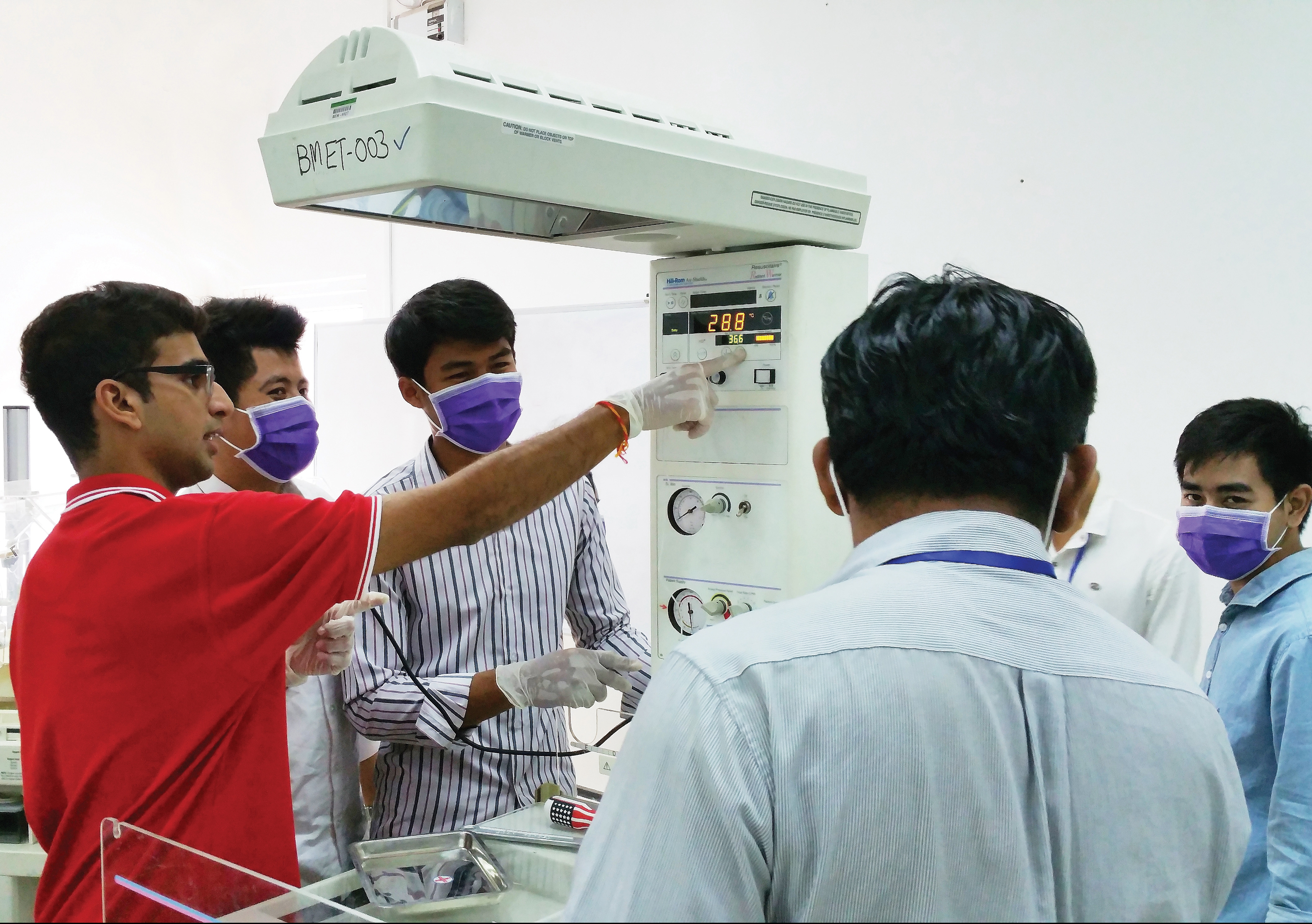 It’s impossible to forget,” Chum says. “They took my brother and they took my father. Pol Pot took them both.”

The tension in the room is palpable as he tells me what the Khmer Rouge said to him. “They said, ‘to kill you is no loss (to the regime) and to spare you is no gain’. I have never been so scared or angry in my life.”

Chum Siphorn is an X-ray operator who has worked at the Koh Kong Referral Hospital in rural Cambodia for 27 years. I am volunteering at his hospital as a biomedical equipment technician. Along with a team of 16 other UNSW Biomedical Engineering students, we are here to mend broken equipment in rural hospitals across the country.

Chum is visibly shaken by the remembered atrocities committed in his beautiful country. I wait as he composes himself. “Aug kun (Thank you) brother, I am okay now,” he sighs and then smiles at me.

Kampuchea (the name of the country in Khmer) was caught in a proxy war between the US and the USSR during the Cold War. “In the 1950s, Kampuchea had a very strong economy,” says Chum, “but during the Vietnam War, America bombed us over and over. They destroyed rural Kampuchea, and everyone either ran away or died. We turned to the Khmer Rouge because we thought they would save us. We were so wrong.”

Right then I realise how apt it is I’m working in a hospital. I feel like a doctor – a doctor for machines.

What followed was genocide. Between 1975 and 1979, the Khmer Rouge regime, led by Pol Pot, attempted to create an agrarian utopia free of family ties, religion, education, property and foreign influence in Cambodia. In this attempt to reboot society, more than 2 million people – a quarter of the population at the time – died. They focused on wiping out the educated classes – doctors, lawyers, engineers and teachers – who were perceived as “threats” to the regime.

“They destroyed hospitals, banks, educational institutions and a lot of infrastructure,” a tour guide at the Cheung Ek killing fields near Phnom Penh tells me. “Because of the Khmer Rouge, 75% of the population is under the age of 30. How is Kampuchea meant to recover?”

Healthcare was hit hard. After the country was liberated by the Vietnamese army, there were only 25 doctors, 28 dentists and 26 pharmacists left. Ever since, healthcare has suffered from insufficient funding, inadequate medical equipment and a lack of trained staff.

A recent surge of foreign aid has provided some relief, however, and on my first day in the hospital the director, Dr Laison, takes us on a tour. As we walk along the dusty corridors, we see an abundance of trained medical personnel. “In one year we are now able to treat between 4000 and 5000 patients in this hospital,” says one of the nurses.

It is also good to see so much equipment – most donated by the US and France. But secondhand equipment is prone to malfunction. Dr Laison tells us that every department has broken equipment. He is thrilled we have come to help.

Later, as I’m exploring the hospital, I hear someone calling: “Bong bong! Khnom maasen ban haa!” (Brother brother! My machine has a problem). It is a nurse from the surgery department. “I am trying to change the oxygen settings so that it gives me 500ml/h, but it is only giving me 400ml/h,” she says.

I pull on my latex gloves and unscrew the machine’s back panel. I suspect a leak in the oxygen pipe. I ask the nurse to release oxygen from the tank and, as predicted, I hear a hissing sound – definitely a leak. I clean the connection and reseal the pipe, and as I screw the back panel on, the nurse tests the settings. She grins – problem solved.

Right then I realise how apt it is I’m working in a hospital. I feel like a doctor – a doctor for machines.

We also develop operation manuals for the nurses and involve a local trainee technician in the troubleshooting and repair process. We are making a difference. We see it in the smiles of the hospital staff.

The cultural immersion goes way beyond the walls of the hospital. As part of the homestay agreements between Engineering World Health, one of the organisers of this trip, and the hospitals, we live with hospital staff and their families.

I am staying with Chum and his family. Apart from his wife, mother-in-law and three children, he also supports three cheerful 15-year-old girls (Kim Seang, Dina and Lis) whose families live in remote mountain villages. They live here so they can go to school and, they hope, then university. 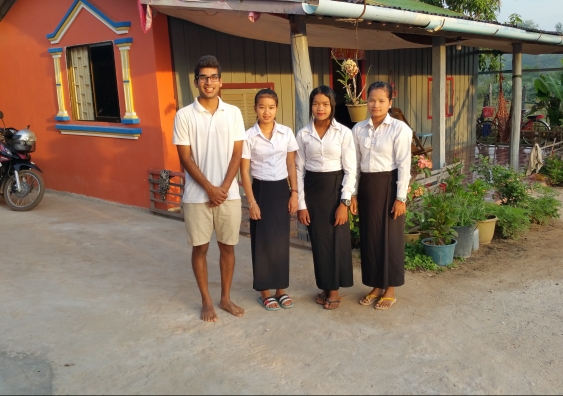 Living in rural Cambodia is amazing but there are challenges. There is no electricity, the toilet is just a hole in the ground and the only other bathroom feature is a bucket of water. The neighbour’s noisy chickens also take some getting used to.

To reciprocate the family’s kindness, I start a small English and mathematics class for Chum’s kids and the girls. We practise English words in the afternoons, and in the evenings we read from storybooks.

“Thank you bong (brother) OJ for teaching us Anglais (English),” they say, but I just want to thank them. Facilitating their learning of English and maths has been gratifying. I know I’m making a real difference to the Cambodian community in multiple dimensions.

UNSW Engineering would like to thank the New Colombo Mobility Plan for its sponsorship and support of Engineering World Health Summer Institute students. Thanks also to the Graduate School of Biomedical Engineering, which supplied equipment that was later donated to the hospitals.