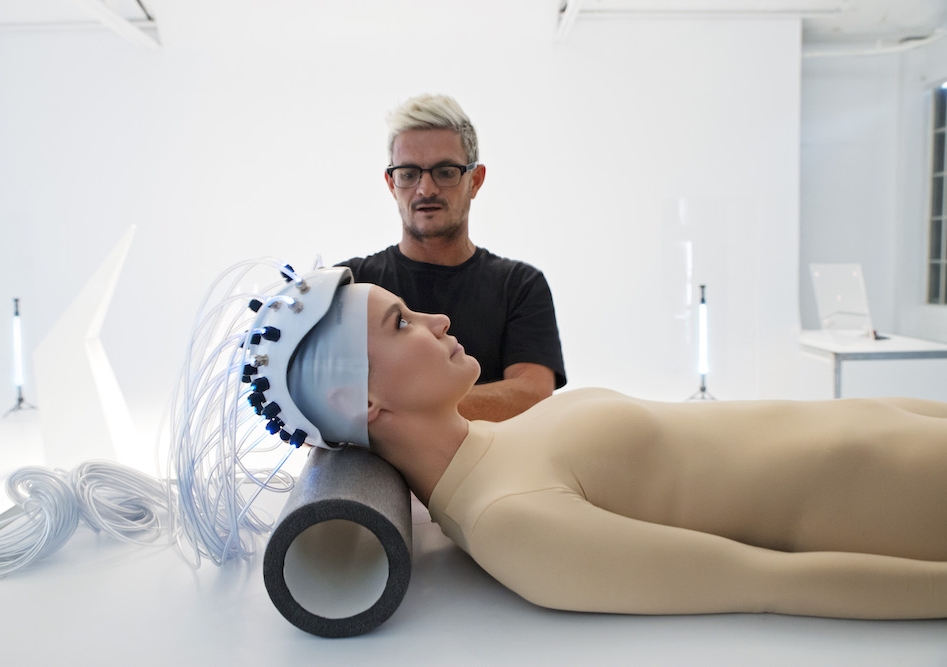 Eight top universities – led by the University of New South Wales – have launched a song and music video by Australian twin-sister DJ duo NERVO to highlight engineering as an attractive career for young women.

NERVO, made up of 29-year-old singer-songwriters and sound engineers Miriam Nervo and Olivia Nervo, launched the video clip for People Grinnin’ worldwide on Friday 15 July.

In the futuristic music clip, a group of female engineers create android versions of NERVO in a high-tech lab, using glass touchscreens and a range of other technologies that rely on engineering, highlighting how it is embedded in every facet of modern life. 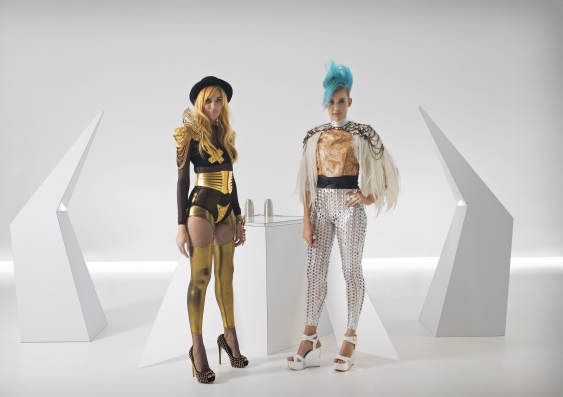 Miriam Nervo and Olivia Nervo, the 29-year-old singer-songwriters and sound engineers who are twin sisters.

It aims to challenge stereotypes and shows how engineering is relevant to many aspects of our lives, in an effort to change the way young people, particularly girls, see engineering. Although a rewarding and varied discipline, it has for decades suffered gender disparity and chronic skills shortage.

NERVO, the Melbourne-born electronic dance music duo, pack dance floors from Ibiza to India and, according to Forbes,  are one of the world’s highest-earning acts in the male-dominated genre. They said the Made by Me project immediately appealed to them. “When we did engineering, we were the only girls in the class. So when we were approached to get behind this project it just made sense,” they said.

“We loved the chance to show the world that there is engineering in every aspect of our lives. We’re sound engineers, but our whole show is only made possible through expert engineering. From the makeup we wear, to the lights and the stage we perform on. Engineering makes it all possible, including the music that we make,” the duo added.

Alexandra Bannigan, UNSW Women in Engineering Manager and Made By Me spokesperson, said the project highlights the varied careers of engineers, and the ways in which engineers can make a real difference in the world.

“When people think engineering, they often picture construction sites and hard hats, and that perception puts a lot of people off,” she said. “Engineering is more than that. This campaign shows how engineering is actually a really diverse and creative career option that offers strong employment prospects in an otherwise tough job market.”

She noted that the partner universities, which often compete for the best students, see the issue as important enough to work together. “We normally compete for students with rival universities, but this is such an important issue that we’re working together to break down those perceptions.” 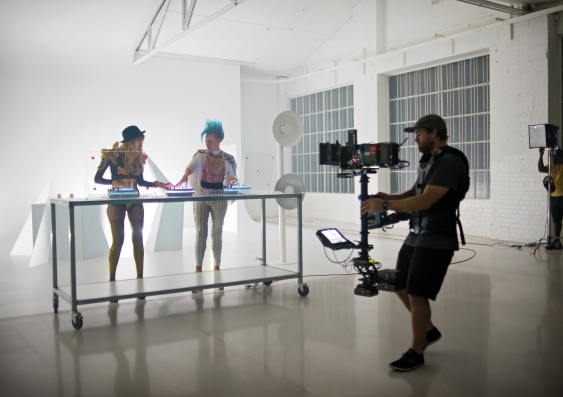 Behind the scenes of the NERVO music video, People Grinnin’.

Made By Me includes online advertising across desktop and mobiles, a strong social media push, a website telling engineering stories behind the video, links to career sites, as well as the song and video, to be released by Sony globally on the same day. Developed by advertising agency Whybin/TBWA, the campaign endeavours to change the way young people, particularly girls, see engineering.

“We needed to find a way to meet teenagers on home turf and surprise them with an insight into engineering that would open their minds to its possibilities,” said Mark Hoffman, UNSW’s Dean of Engineering. “This is what led to the idea of producing an interactive music video, sprinkled with gems of information to pique the audience’s interest in engineering.”

UNSW has recently accelerated efforts to attract more women into engineering, more than tripling attendance at its annual Women in Engineering Camp, in which 90 bright young women in Years 11 and 12 came to UNSW from around Australia for a week this year to explore engineering as a career and visiting major companies like Google, Resmed and Sydney Water. It has also tripled the number of Women in Engineering scholarships to 15, valued at more than $150,000 annually.

Hoffman, who became Dean of Engineering in 2015, has set a goal to raise female representation among students, staff and researchers to 30% by 2020. Currently, 23% of UNSW engineering students are female (versus the Australian average of 17%), which is up from 21% in 2015. In industry, only about 13% of engineers are female, a ratio that has been growing slowly for decades.

“Engineering has one of the highest starting salaries, and the average starting salary for engineering graduates has been actually higher for women than for men,” Hoffman said. “Name another profession where that’s happening.”

Australia is frantically short of engineers: for more than a decade, the country has annually imported more than double the number who graduate from Australian universities.

Some 18,000 engineering positions need to be filled annually, and almost 6,000 come from engineering students who graduate from universities in Australia, of whom the largest proportion come from UNSW in Sydney, which has by far the country’s biggest engineering faculty. The other 12,000 engineers arrive in Australia to take up jobs – 25% on temporary work visas to alleviate chronic job shortages.

“Demand from industry has completely outstripped supply, and that demand doubled in the past decade,” said Hoffman. “In a knowledge driven economy, the best innovation comes from diverse teams who bring together different perspectives. This isn’t just about plugging the chronic skills gap – it’s also a social good to bring diversity to our technical workforce, which will help stimulate more innovation. We can’t win at the innovation game if half of our potential engineers are not taking part in the race.”

UNSW has also created a new national award, the Ada Lovelace Medal for an Outstanding Woman Engineer, to highlight the significant contributions to Australia made by female engineers.