Is the new Senate vote capture system as risky as electronic voting?

A computerised system is being used for the first time in the 2016 election count for the Senate, and only part of its process is open to scrutiny, write Roland Wen and Richard Buckland. 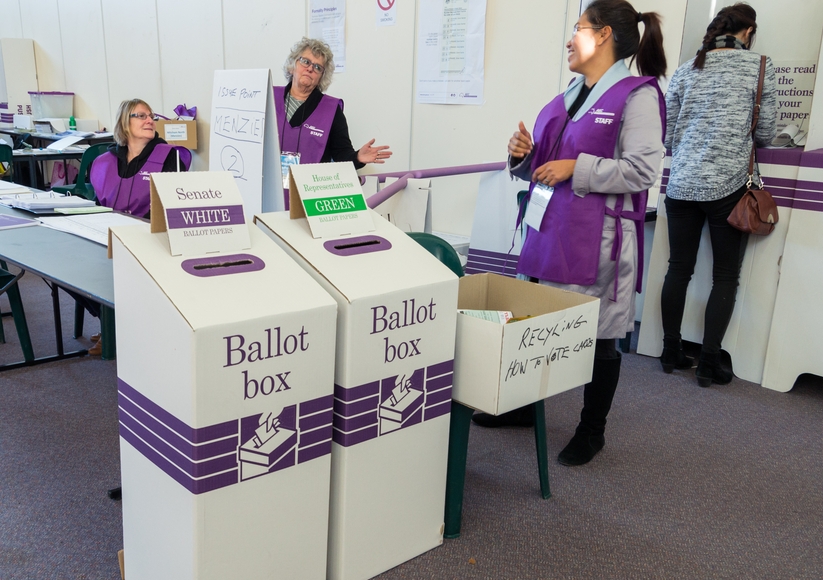 OPINION: A computerised system is being used for the first time in the 2016 election count for all Senate ballot papers to capture voters’ preferences.

On the surface, this process, conducted out of the public gaze, may not seem to have significant risk compared to electronic voting and electronic counting. However, it has similar risks to full-scale electronic voting.

Electronic election systems can fail catastrophically (wrong person elected), irreversibly (hold the election again?) and invisibly (could I notice if my vote was counted incorrectly?). This is significantly different from commercial systems such as electronic banking.

Accordingly, electronic election systems need to be engineered extremely carefully to control the risk and rate of flaws and bugs, and be developed and operated openly with scrutiny so that bugs, errors and vulnerabilities, which will inevitably be present, can be detected before they have a difficult-to-reverse impact.

However, the new Senate vote capture system had to be built rapidly, with little time for design or testing, and is being operated in a way that allows only part of the process to be scrutinised.

There are risks that time pressures over the next few weeks may encourage shortcuts to be taken that would further reduce the level of scrutiny, and also reduce the integrity of the vote capture process. This new system may well prove to be the weakest link in the election process.

How does it work?

The new vote capture system is a consequence of the Senate voting rule changes made in March – voters are allowed to mark multiple preferences for both above-the-line and below-the-line voting. As a result, the vote preferences in all Senate ballots must be captured for electronic counting.

To handle the substantial increase in data entry volume, a more efficient vote capture system needed to be rapidly developed.

Scrutineers can observe this process as it is happening and intervene if they notice anything being entered incorrectly.

This process has commendable features. The dual checking of preference marking is important: OCR software has notorious difficulties correctly interpreting the highly variable handwriting of millions of voters.

What are the risks?

With all automated election systems (voting, capturing, counting) the key danger to be controlled is of the votes eventually counted not being the same as those cast by the voters.

The impact of even infrequent errors is amplified in the current Senate vote capture system because all votes are potentially affected, rather than the smaller proportion of votes processed in previous elections.

Suppose an optimistic capture accuracy of 99.9%. In New South Wales, which has 4.6 million Senate ballot papers, there would be about 4,600 incorrect votes. This could easily change Senate outcomes.

In reality, the capture accuracy could be reduced by a number of critical weak points in the system:

Another critical vulnerability is that votes could be altered by tampering or error after capture but before being transferred to the counting system. The current process doesn’t provide a way for the Australian Electoral Commission or scrutineers to check that the system preserves vote integrity.

This is an underlying problem with election technology: scrutiny requires highly specialised skills to check what is electronic, invisible and cryptic. And candidates with concerns over undetected technological bugs and failures currently have no recourse aside from general provisions for recounts.

It is essential that a random sample of the paper Senate ballots be checked against the final published electronic votes used for counting. This will help assure the integrity of the entire vote capture process.

To mitigate the emerging risks of election technology a new approach to scrutiny and transparency is necessary.

A good first step, already adopted overseas (such as in Norway), would be to establish an independent electronic election board to provide oversight and scrutiny of election technology. This board would consist of experts from a range of fields, including election management, failure-critical engineering, security, risk, audit and statistics.

This article was co-authored by Ian Brightwell, former director of IT at the New South Wales Electoral Commission.

Richard Buckland is an Associate Professor in Computer Security, Cybercrime, and Cyberterror, UNSW.