The Challenges in creating a supertall Sydney 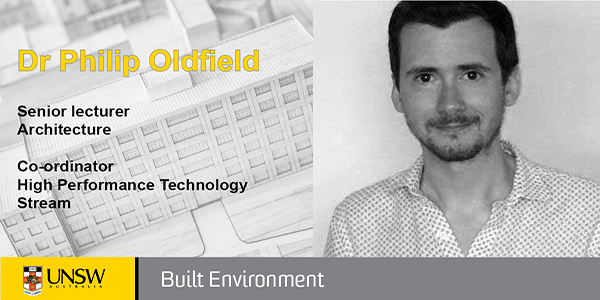 For many, a taller Sydney may bring to mind visions of dark, canyonesque streets, and long shadows cast over parks and public spaces. However, what makes the new Sydney skyscraper plan interesting is that height limits across the city will be shaped by preserving sunlight angles onto public spaces below. The result is a CBD ‘zoning envelope’ – a theoretical boundary over the city that defines a taller city skyline, but at the same time maintains sunlight onto its most important places and spaces.

Sydney is not the first city to attempt to strike a delicate balance between vertical growth and minimising shadows. Exactly one hundred years ago, in 1916, New York was faced with a similar challenge. Manhattan had seen the number and size of tall buildings increase steadily across the early twentieth century. With little legislation holding them back, these towers sought to maximise the economic potential of their footprints, with little consideration for their surroundings. The epitome of this trend was the construction of the Equitable Building in 1915; a hulking 40-storey block which cast a seven-acre shadow, plunging streets into darkness.

In response, the New York City authorities developed the landmark Zoning Law of 1916, restricting the bulk of tall buildings, requiring them to preserve the penetration of light and air onto the streets below. The subsequent ‘set-backs’ prescribed by the law created the familiar ‘wedding cake’ skyscraper style that would dominate American skylines in examples such as the Empire State and Chrysler Building.

A century later and it seems that skyscrapers are still synonymous with unwanted shadows. In London, a plan for eight towers at Bishopsgate Goodsyard has seen significant public objection after it was found they would cause 44% of local’s windows to have less sunlight over the year. In Nanjing, the developer of one of the tallest buildings in the world, the 450-metre tall Zifeng Tower, was forced to pay compensation to local residents for ‘robbing’ them of sunlight.

Sydney’s new skyscraper plan can be seen as providing a degree of balance between the often competing desires of increasing towers and maintaining sunlight in the open public spaces that makes a city unique and liveable. A digital model was used to determine the sun angles needed to keep 14 of our most important open spaces bathed in sunlight. These include Martin Place, the Botanic Gardens and the Domain. By combining the sun angles from all these various places together, the City has created a zoning envelope, which forms a theoretical height limit for the CBD. Under this, new towers will have a minimal shading impact. Certain sites have also been earmarked for towers up to 310 metres which is as tall as aviation restrictions allow.

Historically, the height limit of Sydney CBD has been set at 235 metres, defined by the underside of the occupiable floors of the Centre Point Tower. This seems a strange and rather arbitrary choice to restrict height in a city. The impact of this limit has been significant, creating a ‘glass ceiling’ beyond which no tower can pass. Sydney’s tallest skyscraper is the Chifley Tower standing at 244 metres in height. Upon completion, in 1992 this was the 49th tallest tower in the world. Yet today it is the 355th tallest building in the world. To put this into perspective, Shenzhen alone has 40 towers taller than this either completed or under construction. Melbourne has eight, with a further nine in the planning stages.

But is this really a problem? Does Sydney need to compete with Shenzhen, and other cities, in terms of ‘who has the tallest skyline’? It’s true that some of the tallest buildings in the world are designed not out of necessity, to create higher densities or compact cities, but out of status. Towers are increasingly being used as part of global or regional competitions to demonstrate a city’s or company’s identity and success. In this sense, Sydney doesn’t need additional icons – we have the Opera House after all. However, what Sydney does need is additional space. Over the next twenty years, the city’s population is set to swell from 4.3 million people to 5.9 million. Where will these extra people live, work and play? The CBD is geographically hemmed in, with little room to expand outwards. As such, it makes sense to build up. By raising the tower height limit to 310 metres, the City suggests this can unlock an additional 2.9 million square metres of floor area – a 30% increase on the current capacity of the CBD.

While a new, and taller, future Sydney skyline will get all the headlines, we must remember that supertall towers will not only impact what our city looks like from afar. They will impact how we walk around our city, our streets, and the services we have access to.

It is important that this next generation of supertall towers do not create just a vertical banality of stacked office floors as far as the eye can see. Instead, this increase in height should be matched by a generosity of public space and civic realm at ground. Building up and creating higher densities can (in theory at least) free up greater space for the public at ground. What’s more, it can free up higher spaces, more dramatic spaces that would be financially unviable in shorter towers.

We also need to remember that any new supertall skyscraper built in Sydney will still be standing in hundreds of years. Over 3,500 towers of 150 metres or taller have been built in the last 130 years, yet only five towers of this height have ever been demolished. This is due to both the iconic nature of towers becoming a key part of city, and also the technical and financial challenges in dismantling them in a dense urban setting.

What this means is any new skyscrapers built in Sydney need to be designed with the future in mind. They need to be adaptable, sustainable and able to respond to challenges such as future climate change.

We must ensure that this next generation of supertall towers are of the highest quality, both in terms of architecture and environmental performance, for they will outlive us all.