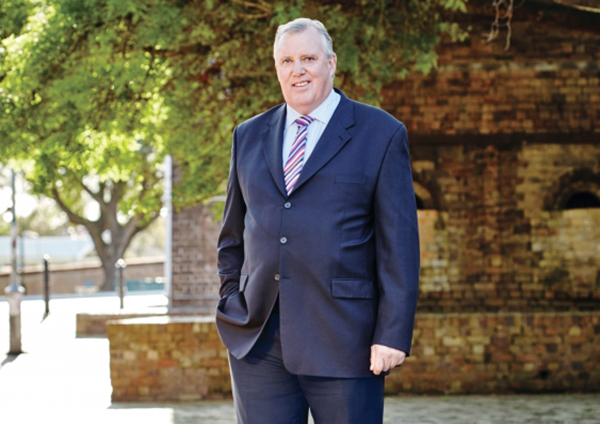 Mr David Pitchford, CEO of UrbanGrowth NSW, has been appointed a Professor of Practice at UNSW Built Environment.

Mr Pitchford brings 35 years' experience as the head of public and private organisations to his UNSW role, which will be concurrent with his executive role as Chief Executive of UrbanGrowth NSW.

Mr Pitchford said: "I am honoured to be joining UNSW as a Professor of Practice.”

"Universities have some of our brightest minds and I want to see students at all stages of their education developing their potential and taking an active role in world-class urban transformation outcomes.”

Prior to becoming CEO of UrbanGrowth NSW in 2013, Mr Pitchford was the Executive Director and Head of Profession, Project Management, for the United Kingdom's Major Projects Authority. Before that he was General Manager of Palm Jumeirah City in Dubai, one of the world's most ambitious development projects.

Mr Pitchford began his career in the Office of the Tasmanian Governor and then moved into CEO roles with the Australian Centenary of Federation and the City of Melbourne. He was also CEO of the 2006 Melbourne Commonwealth Games. David has been recognised as a Commander of the Order of the British Empire (CBE) and Lieutenant of the Royal Victorian Order (LVO).

The University Roundtable brings all of these leading NSW tertiary institutions together in a unique and highly collaborative environment to explore opportunities for research, student engagement and industry partnerships.

"The University Framework Agreement enables UNSW to forge closer linkages with UrbanGrowth NSW and provide new avenues for our staff and students to engage with current and future urban projects in Sydney and in NSW more widely," added Professor Lochhead.

The multilateral agreement outlines opportunities for undergraduate students, postgraduate students and researchers to work with UrbanGrowth NSW across the lifecycle of city transformation projects as part of their academic studies. The University of Wollongong and Southern Cross University have also signalled their intention to join the University Roundtable in the near future.

This article was originally published on the UNSW newsroom website.