Australia and the international community need more young people with STEM backgrounds to take an interest in politics, says UNSW student Sam Johnson, who just returned from the 2016 Youth 20 Summit in China. 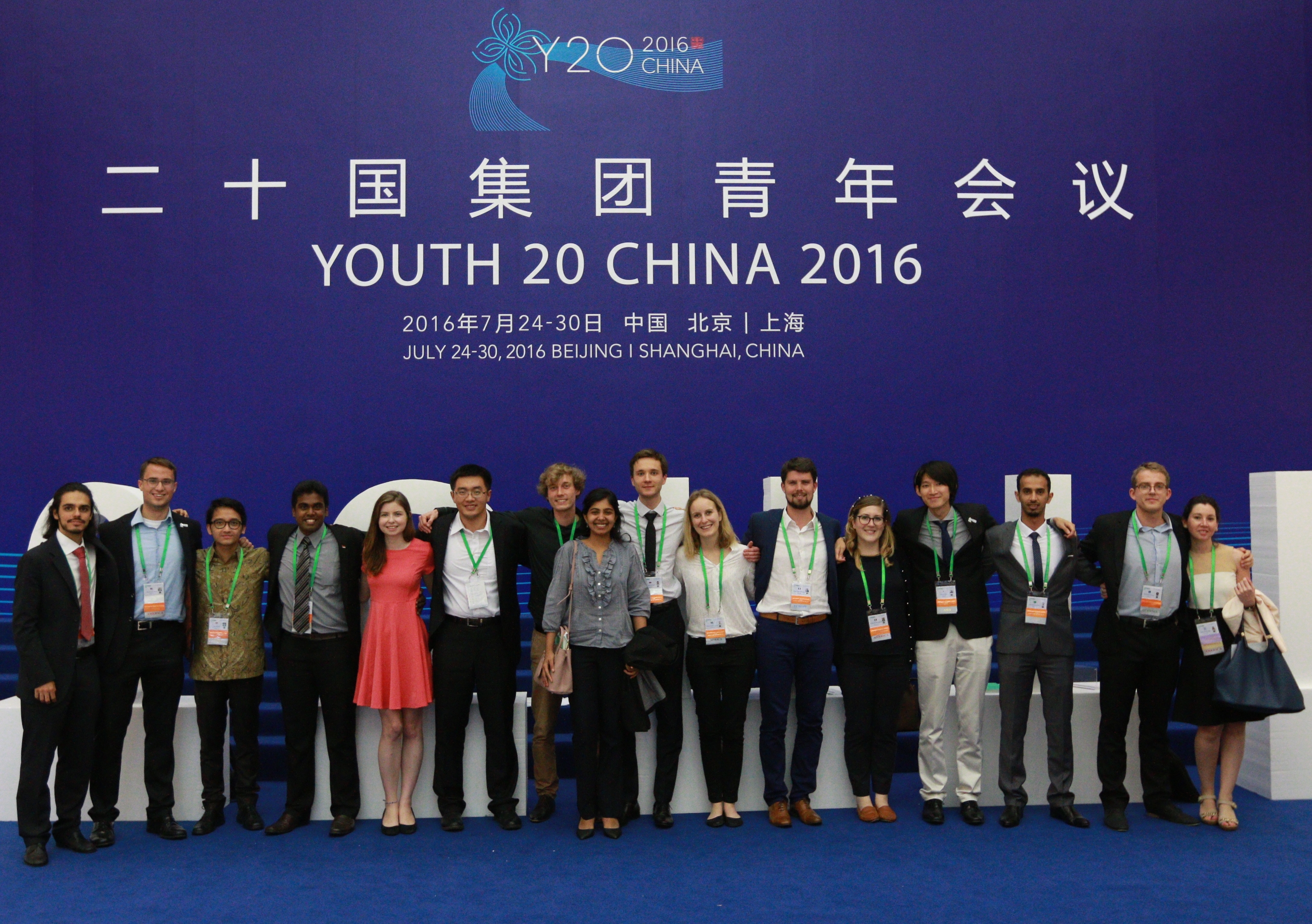 Australia and the international community need more young people with STEM backgrounds to take an interest in politics, says UNSW student Sam Johnson, who just returned from the 2016 Youth 20 (Y20) Summit in China.

Johnson, a fifth year civil engineering and Co-op Program student, was one of five Australians in Shanghai for the 102 delegate summit, which involves all the member countries of the G20.

The week-long event brings together future leaders to discuss and exchange ideas about key issues affecting the global economy, and to ultimately produce a communique of proposals to be presented to world leaders at the G20 meeting in early September.

“To meet and spend a week with 100 people from around the world, to learn about their experiences and perspectives on different issues of global importance, it has been so eye opening and inspiring,” says Johnson.

“It has made me much more interested in policy, but has also helped me understand the importance of having representation from science and engineering in diplomacy.”

Johnson says he was surprised that participants at the Y20 with engineering and science backgrounds were “vastly outnumbered” by people from political science, the humanities and business fields.

“People with technology skillsets, like electrical engineers and computer scientists, are radically reshaping our world in much bigger ways than traditional government and yet they were barely represented,” he says. 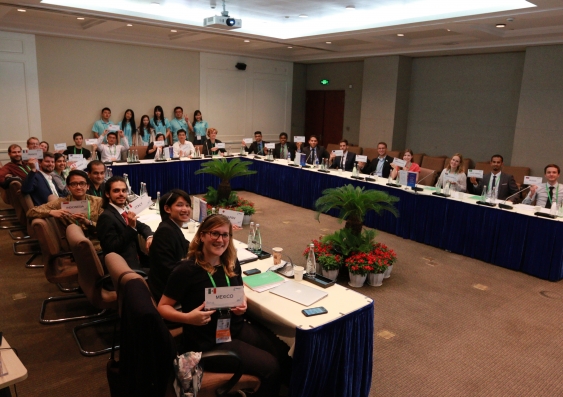 Delegates at the Y20 Summit in China. Photo: supplied

“I think there definitely needs to be a bigger representation of students from these fields. Disruptive digital technologies have dramatically changed the way governments work over the last 15 years, and there are more innovations to come.

“It makes sense that these people should be at the right hand of governments around the world, as advisors and policy makers, helping them stay up-to-date on what’s coming next.”

He says one of the other advantages of his engineering background, at least in his mind, was the way he'd been trained to solve complex problems: breaking them down into causes, effects, and subparts, and to use data analytics to gain insights.

"I think that was a real asset," he says.

Johnson was part of the team negotiating the headline topic, Poverty Elimination and Joint Development, and his recommendations focused on education.

"I was pushing to get things included in the document about using new cloud based technologies, which leverage data analytics, to revolutionise the way we deliver primary education," he says.

His team also made recommendations about the establishment of a fund for developing and distributing low cost medicines, and around digital banking technologies, which allow people living in rural locations without banking services to more easily receive loans and money transfers via their mobile phone.

The communique looked at four other broad topic areas including: Entrepreneurship and Creative Thinking, Social Justice and Equal Opportunities, Green Life and Sustainability, and Partnership and Global Governance. Johnson is hopeful that some of the recommendations set out in the communique will be adopted at the G20 summit in Hangzhou, which is not unprecedented.

Getting to China with UNSW Co-op

Each year, one UNSW Co-op scholar gets the opportunity to represent Australia at the Y20, thanks to a partnership with Global Voices, a not for profit organisation focused on public policy and international affairs.

Johnson became interested in politics while completing his 12 month engineering Co-op Program placement at the City of Sydney, and later applied for the Y20 summit.

He was selected, but before embarking on his journey to Shanghai he needed to conduct an independent economic research project. So Johnson investigated some of the legal impediments to the continued growth and expansion of social enterprises – for-profit businesses motivated by clearly defined social impact goals.

It's an area poised to see significant growth over the next five years, but he says current shareholder laws in Australia don't allow social enterprises to lock in their social objectives over profits, which serves as a disincentive to their growth.

Johnson travelled to Canberra to meet with the Governor General Sir Peter Cosgrove, and other high-ranking public servants from the Office of the Prime Minister and Cabinet, and the Department of Foreign Affairs and Trade.

His trip to China began with an unrelated exchange program at Peking University in Beijing, where he met with the delegation. From there, Johnson traveled to Shanghai for more sightseeing, followed by three days of intense negotiations, with discussions sometimes lasting into the early morning.

“Some people walked out,” says Johnson. “It definitely got pretty heated at points.”

With real diplomatic experience under his belt, Johnson is hoping to continue along a political path, and has his sights set on the United Nations, either as an intern or a youth ambassador travelling around Australia.

"They're both very competitive, and unlikely," he says. "But I've decided to be a bit bold."