Finding our “place” in Australia’s cities 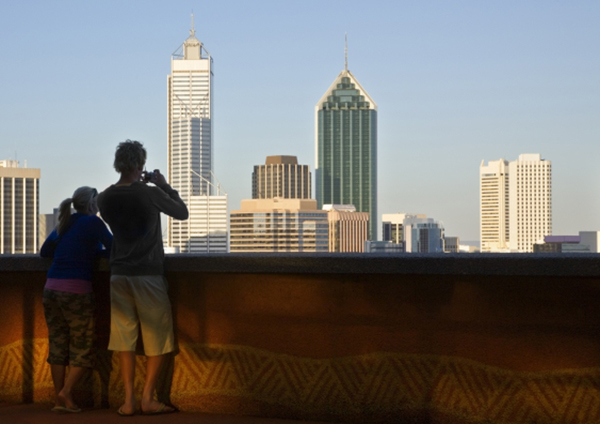 “It’s about how people identify with place, whatever the scale; how they belong and form connections."

From public parks and squares to the location of cafes and shops, the idea of place-making is central to the design and planning of contemporary Australian cities, says Dr Edgar Liu, a research fellow at UNSW’s City Futures Research Centre.

But Liu says large development and urban design businesses have commodified the idea of place-making. In this environment, profit takes precedence over much-needed consultation with residents about how to tailor designs that align with local values and needs.

“Some of these businesses are large multinationals. They take one idea and use that template in multiple places, sometimes around the world,” says Dr Liu. “The end products – these new places – look and feel the same.”

“It can create a sense of placelessness, where people feel lost or disconnected from their community.”

“A lot of the contemporary urban life is quite lonely and isolating,” he says. “Isolation can lead to people becoming depressed, and disconnected from essential services and support networks.”

Liu says this “template approach” to urban design doesn’t necessarily work and there needs to be more meaningful consultation with community members.

“If you’re redeveloping Green Square versus Parramatta, the approach needs to be different because the end result of who is living in those suburbs is very different.”

Dr Liu and UNSW Professor Robert Freestone are the editors of a new book called Place and Placelessness Revisited. It explores strategies for improving urban design and planning, and features new research about cities from Australia, Britain, Japan, and North and South America.

The book has been published to mark the 40th anniversary of Place and Placelessness, an influential work by the Canadian geographer Edward Relph. The term “placelessness” was used by Relph to describe the modernisation of cities into non-distinct, anonymous places.

“This work really started place theory,” says Dr Liu. “Our goal was to look at some of the new developments in the field, to see how things have changed or moved on, or not, since that time.”

In the new book, Dr Liu says place is about what grounds us as individuals: “It’s about how people identify with place, whatever the scale; how they belong and form connections to a place, both through physical uses of that place, but also emotional attachments and memories, good and bad.”

Graffiti in Public Toilets | Edgar Liu, UNSW City Futures Research Centre, has investigated the presence of graffiti in public toilets in Sydney. Public toilets serve a very functional purpose in society: to help maintain personal hygiene. But they can also be spaces for clandestine communication. The point of the work, says Liu, is to get people to think about how a seemingly obvious place can have multiple uses and different identities for different groups of people, at different times. “A bus stop could be somewhere where commuters wait for a bus each morning, but it could also be a homeless person’s shelter at night.”

The importance of the urban soundscape | Rachel Cogger, UNSW PhD student and lecturer, has interviewed Sydneysiders about the sounds they experience in their environment: Traffic, buskers, footsteps, bird calls. She investigates the way sound and acoustic information in the urban environment can influence the experience of place. She says sensory experience is important to providing places with meaning and significance, and argues sound should be an important consideration in the design and creation of place. It is not about the lowering of sound levels. It is about the preservation of wanted and valued sounds and fostering "acoustic diversity” to create unique, memorable experiences.

The rise of the airport city | Professor Robert Freestone and Dr Ilan Vizel from UNSW’s Faculty of Built Environment have investigated the changing design of Australian airports. At the dawn of commercial aviation in the 1920s, airports were places abuzz with excitement and opportunity. By the 1970s, however, they had come to epitomise the very notion of placelessness described by Relph in his original work on the subject. They were bland, hyper-planned structures, lacking identity. Today, airports are like miniature cities, increasingly serving as workplaces, and hubs of business and entertainment. Freestone and Vizel look at how place-making strategies have given rise to airport cities, and profoundly changed the experience of travel.

Rejuvenating the Motor City | Laura Crommelin, UNSW City Futures Research Centre, has investigated how place-making has been used to revitalise Detroit. Once the capital of the American automotive industry, the city has become economically depressed, and seen its population plummet from 2 million people in the 1950s to 700,000 people today. A major project of urban renewal has been taking place over the last few years, largely funded by billionaire investor Dan Gilbert. Using Detroit as a backdrop, Crommelin looks at how the practice of place-making has evolved, who is influencing decision-making in these processes, and who is most likely to benefit.

This article was originally published on the UNSW Newsroom website.