​​UNSW Business School’s Henry Hutchison, World Rugby Sevens Rookie of the Year for 2016, will run onto the field in Rio as one of Australia’s Rugby Sevens squad. 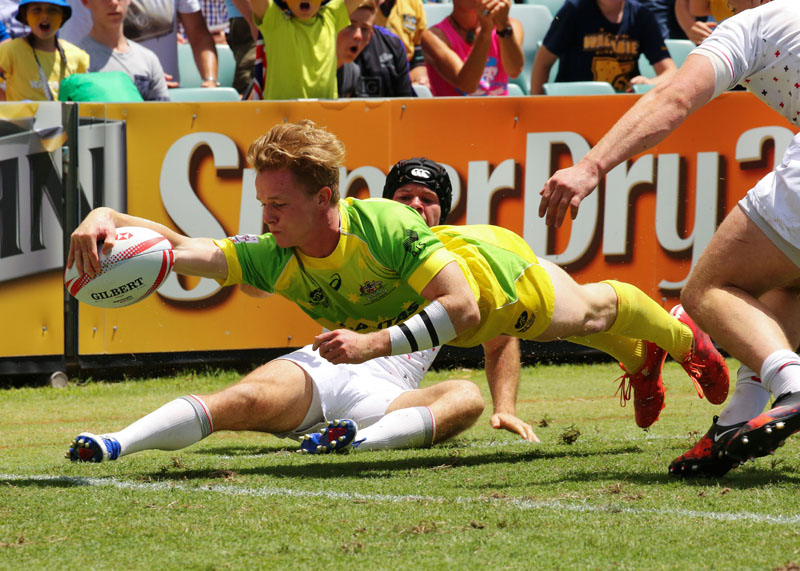 ​​UNSW Business School’s Henry Hutchison, World Rugby Sevens Rookie of the Year for 2016, will run onto the field in Rio as one of Australia’s Rugby Sevens squad.

Hutchison, a Bachelor of Commerce student, was awarded one of UNSW’s elite level athletes scholarships, allowing him to balance his playing career with study.

Hutchison says balancing the training needed for Australian Rugby with his degree is not easy. “Rugby’s a full-time job. We train six days a week with three sessions in a day, so finding time to study can be hard.”

He was playing A-grade rugby for Randwick rugby club, doing a balancing act between the campus and the pitch. He spoke with UNSW about his options and was awarded a Ben Lexcen scholarship. “UNSW has been a pretty athlete-friendly university, with the help of scholarships and the elite athlete program; they’ve been really flexible in the way I manage assessments, and have really supported me to obtain my degree.”

Although not the first time rugby has appeared in the Olympics (the sport's traditional 15-a-side format has appeared on the Olympic stage four times in the past, the latest being in 1924) the Sevens format will be making its Olympic debut in Rio 2016.

“It’s massive, now. Having rugby Olympians is great for everyone,” said Hutchison. “I think it’s going to be a real hit in the Olympics, it’s another sport for spectators to love.”

In his own words, Hutchison knows a rugby career "only has a short shelf life”, making his desire to study whilst competing on such a grand stage all the more understandable. When asked why he chose to study commerce, he said: “Playing Rugby Union opens so many doors, and I thought having a commerce background would allow me to tap into finance all around the world.”

Also on his way to Rio was fellow Ben Lexcen Scholar and member of the Elite Athlete Program, Nathan Power. A member of the Aussie Sharks, the Men’s Water Polo team, Nathan is also studying a Bachelor of Economics at the Business School. Unfortunately, Nathan was ruled out of the Rio Olympics last week after suffering a hand injury.

However, the Business School will still be represented in the pool. Alumnus John "Johnno" Cotterill (BCom 2012) is an Australian teammate of Nathan and will be going to his second Olympic Games, having competed at the London games in 2012.

“We are absolutely thrilled to have such talented individuals attending the Business School,” says Business School Dean Professor Chris Styles. “We are proud to help them chase their ambitions not just in sport but also in business. We wish them all the best of luck."

Recent Bachelor of Commerce graduate Lisa Darmanin is also competing in the games in the Nacra 17 Mixed Multihull sailing.

Henry's Olympic campaign begins tonight with two matches against France (12.00am AEST) and Spain (5.00am AEST). And in case you missed it, read our athlete profiles on Lisa and Johnno, or watch the latest episode of Pulse featuring the Rugby Sevens star.

To follow the progress of our athletes in Rio stay tuned to our Facebook page. And to learn more about both our current and former Olympians, keep an eye on the UNSW Business School Newsroom throughout the games.