The Australian government must respond to the latest reports of abuse in Australia’s offshore processing centre on Nauru as it did with the children detained at Don Dale, write Madeline Gleeson and Khanh Hoang. 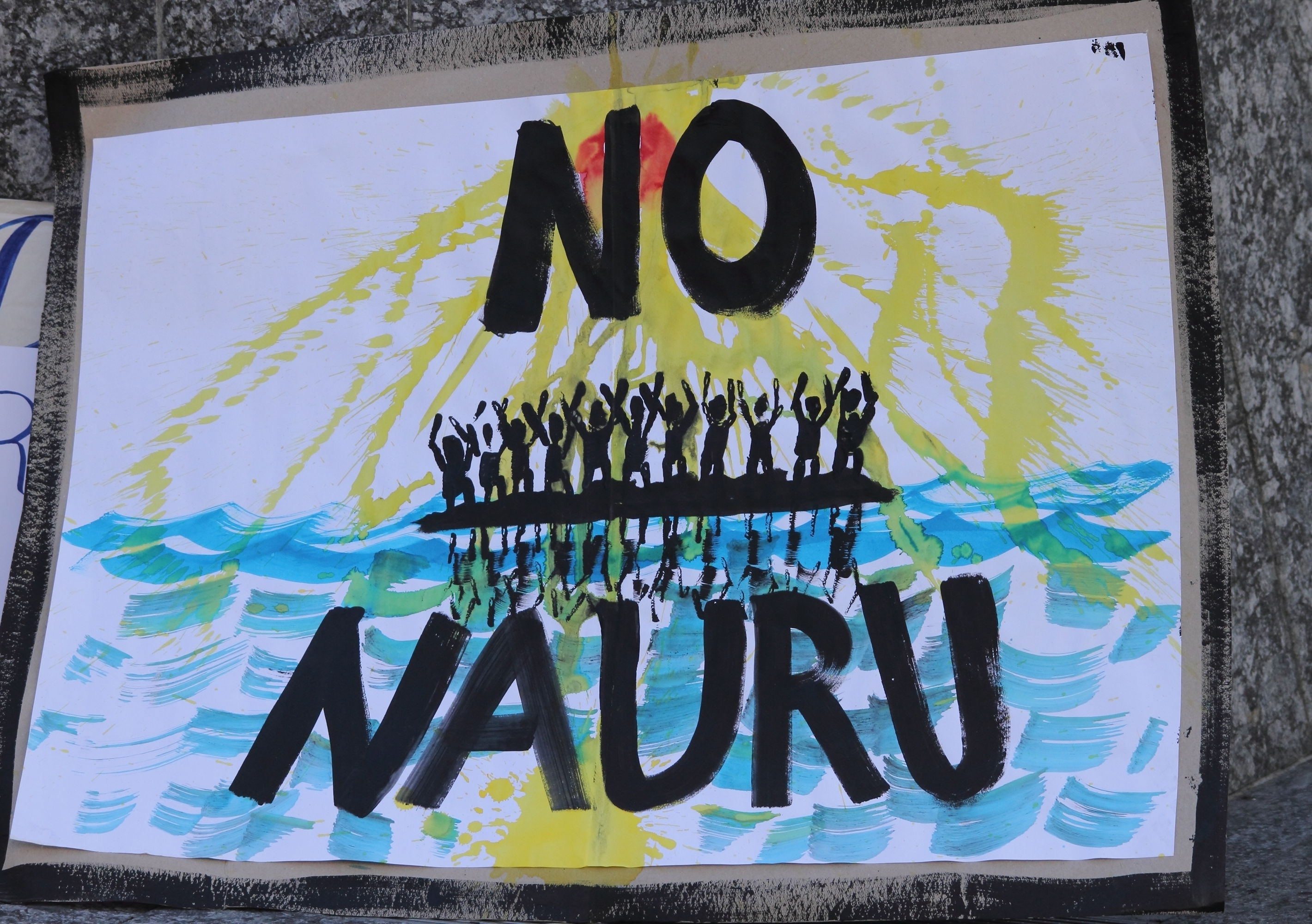 OPINION: The Guardian Australia has released more than 2,000 leaked incident reports from Australia’s offshore processing centre on Nauru. These reports cover the period from May 2013 to October 2015. They document numerous incidents of child sexual abuse, assault and attempted self-harm.

These reports are the latest in a series of leaks that have shattered the veil of secrecy surrounding Australia’s offshore processing regime. They affirm what has been known for a long time: detention is no place for children, and we need alternatives to offshore processing.

With every major leak over the past few years, the same questions inevitably arise. If these incidents were reported, why were they not acted upon? What are Australia’s international obligations in relation to the offshore processing centres? And what should be done now?

An inadequate framework to protect children

In the period covered by the incident reports, the Australian Human Rights Commission, a Senate inquiry, doctors and the government’s own physical and mental health subcommittee expressly warned the Australian government of the risk of self-harm and abuse of children in offshore processing centres.

Experts have firmly recommended all children be removed from offshore detention. These calls have been ignored.

Several private companies are contracted to operate and provide services at the offshore processing centres in Nauru and on Manus Island. But the Australian Immigration Department maintains a tight hold over the operation of its offshore processing regime, and contractors who ran the Nauru centre in the period covered by the leaked reports had no power to remove children from detention.

Even since the centre became “open” in October 2015, there has been very little contractors can do to protect the vulnerable people in their care from harm. In normal circumstances, the immediate priority in cases of child abuse is to remove children from their unsafe environment.

Given the lack of effective child protection services on Nauru, this would most likely require children be removed from the island altogether and provided with a safe and supportive environment in Australia.

In addition to removing children to safe environments, action needs to be taken to hold the perpetrators of abuse to account – whether they are Australian contractors, Nauruan citizens, or anyone else.

The Australian government is resisting such an outcome. It holds firm to its policy that anyone who arrives by boat will never be resettled in Australia. The possibility of children and other vulnerable people being accommodated in Australia until an alternative long-term solution can be found has never been considered.

In addition to removing children to safe environments, action needs to be taken to hold the perpetrators of abuse to account – whether they are Australian contractors, Nauruan citizens, or anyone else.

And the Nauruan police force does not have the capacity, experience or resources to prosecute incidents of child abuse. Of the 50 cases referred to the Nauruan police over the last three years, only five charges have been laid. Only two convictions have been recorded. Refugees on Nauru say this track record has discouraged many from reporting their abuse.

Ferrovial, the Spanish company that operates the processing centres on Nauru and Manus Island after buying 90% of Broadspectrum, this week signalled its intention not to bid for a new contract to continue operating the centres after February 2017.

International lawyers have warned Ferrovial that its employees could be held liable for crimes against humanity. Its intention not to renew its contract may signal it does not believe it can meet its contractual obligations in a manner consistent with its human rights obligations.

Ferrovial will remain entangled in Australia’s offshore processing regime longer than it had hoped, however. The Immigration Department has exercised its right to extend Ferrovial’s contracts unilaterally, meaning it will have to remain in place until October 2017.

Secrecy provisions need to be revisited

The leaked incident reports also highlight yet again the need for transparency in Australia’s refugee policy.

The Guardian has published these reports because it believes Australians have the right to know more about the regime. The lack of access to Nauru and the secrecy provisions of the Australian Border Force Act have impeded public access to such information.

The reports also put enormous pressure on people working with asylum seekers and refugees offshore, who could face prison for sharing what they know about Australia’s policies with the public.

A new High Court challenge will consider whether the Australian Border Force secrecy provisions infringe the implied right to freedom of political communication in the Constitution. This case could have important ramifications and may limit the government’s ability to silence whistleblowers who wish to raise matters of public interest.

As these files and the recent revelations about Northern Territory’s Don Dale detention centre highlight, access to information is crucial to holding people in power to account for their actions.

What are Australia’s international obligations?

As with each previous revelation of abuse offshore, these leaked files raise the crucial question of who is responsible for the asylum seekers and refugees in detention.

Successive Australian governments have avoided engaging with this question at all costs. Instead, they have dismissed everything that happens offshore as matters for Nauru and PNG alone. But the truth is Australia and each offshore processing country have duties to protect people from harm and ensure there is an appropriate response to all reported cases of abuse.

Australia’s obligations arise from its contracts with the companies it has recruited to operate the centres, its agreements with each offshore processing country, Australian law and international law.

At the end of the day, offshore processing is an entirely Australian creation, and the only country deciding where to hold people is Australia. The lines of responsibility are clear.

The Australian government showed leadership in responding so swiftly to the reports of child abuse arising at Don Dale by announcing a royal commission to investigate the matter.

The damning evidence presented in these files, together with all the other evidence of harm already on the public record, is more than sufficient to warrant serious and immediate intervention.

It is incumbent on the government to show similar leadership and act in an equally swift manner in response to these latest revelations. A royal commission would be an appropriate first step.

This article was originally published on The Conversation.