We sat down with alumnus Johnno Cotterill (BCom 2012) to discuss his Olympic run at Rio 2016 as part of the Aussie Sharks water polo team. 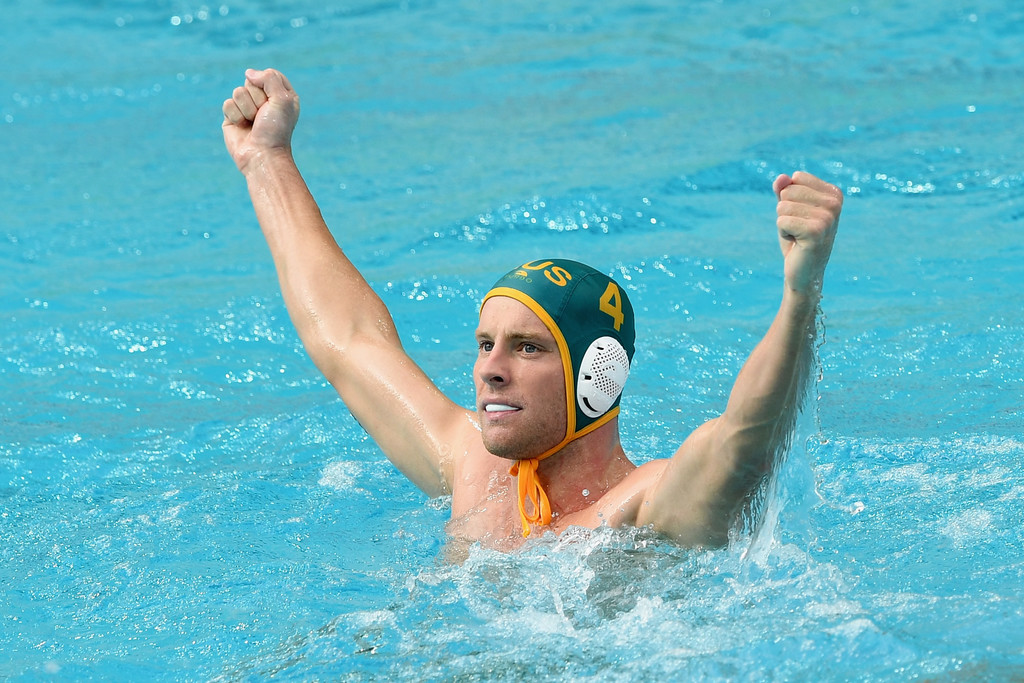 ​​We sat down with alumnus Johnno Cotterill (BCom 2012) to discuss his Olympic run at Rio 2016. Johnno is​ a member of the Australian men’s water polo team. He competed at the London Summer Olympics in 2012, has played water polo professionally in Europe, and had to balance full-time training for this Olympics with his full-time job at Westpac.

Q: How long have you been playing water polo and how did you get into it?

A: I started playing at about the age of 10/11. I was into swimming, rugby and surf lifesaving so I made the transition TO water polo. I arrived at a reasonable level of swimming but team sports were my passion and it just bloomed from there. It also helped that my Dad and Uncle were quite heavily involved, so they were also encouraging and supportive.

Q: When did you realise you should take the sport seriously and up your level of competition?

A: I think after I watched my first Olympics I always wanted to have a shot at competing at that level. In 2004 when I was 16 I was offered a scholarship at the Australian Institute of Sport and moved to Canberra to complete my HSC and train pretty much full-time. That was probably the point when I realised that water polo was going to become a major part of my life.

Q: To compete at your level, you really have to have a passion for the sport. What do you love or like most about water polo?

A: I'm actually a water polo fanatic. If I'm not playing (or working) I'm usually watching or talking about water polo. I certainly do enjoy the team aspect and I am one of those strange people who enjoy training, but the thing that water polo has given me is amazing travel experiences and friends all around the world.

While water polo can't compete with the biggest sports in regards to financial support, it's actually a global sport and I've been lucky enough to travel all over the world with the national team but also with professional teams. I played 4.5 professional seasons in Europe, in both Spain and Greece. And the experiences there, such as learning to speak the languages and more importantly the people I met, I wouldn't change for the world.

Q: You competed at the London games. What was it like when you learned you’d be heading to your second Olympics?

A: Any Olympic selection is a massive honour and an accumulation of years or hard work and sacrifice so I was over the moon to be selected again. After London I felt like I had some unfinished business. Hopefully we can achieve a result here that reflects all our sacrifice.

This four year Olympic cycle has been really different for me, having worked full-time at Westpac since 2013, as opposed to being a student and playing professionally before London. It's been a pretty hard struggle, balancing full-time work with full-time training, so I think there was definitely a sense of satisfaction knowing all the work had paid off and I would get another Olympic opportunity. But I suppose the work isn't over until we take the best shot possible at a medal.

After London I had to work quite hard to find a job that would support my dream of a second Olympics. It meant making some really hard decisions about my future, decisions that people outside of water polo, who had supported me for my previous campaign, couldn't understand or probably didn't want to comprehend. But I was lucky to get a lot of support from Westpac and hopefully this will culminate in an Olympic medal.

Q: Is training for the Olympics any different than your ‘normal’ training routine?

A: We [the water polo team] have trained pretty consistently for four years with our new Croatian coach. By consistently I mean, extremely hard, spending a lot of time on fitness and in the gym. I think since I moved to the AIS at the age of 16 I have been training pretty consistently in a professional environment so for me this is kind of a normal training routine. However, I think as the Olympics have gotten closer the intensity has lifted as you don't want to leave any stone unturned.

Q: Are there any parallels with studying for your degree at UNSW Business School and your training for the games?

A: I think you can always draw parallels between the commitment of training and study or work. Both require a high level of commitment and also the stress of challenging yourself to achieve a good result. I actually believe that balancing my study at UNSW and sport for the length of my degree put me in a great position to balance sport and full-time work. And that balance, and the time management skills that any Business student achieves, certainly sets you on a great path of future successes.

This year I was fortunate enough to be selected in the team with a current UNSW Business School student, Nathan Power, who himself has achieved an amazing balance between sport, study and moving to Sydney from Newcastle. The skills he is constantly displaying to everyone will certainly set him up for a successful career once he graduates.

Unfortunately, due to an injury sustained during a pre-tournament training camp, Nathan Power had to withdraw from the Olympic squad.

Q: Any advice for up and coming Olympic hopefuls or anyone looking to take their passion to the next level?

A: Sport is like many things in life where results in the long-run will reflect the amount of dedication and effort put in. I was always someone who had to work hard to achieve their goals, as much as I would love to say I'm naturally gifted. So my advice to upcoming athletes, scholars and really anyone looking to take their goals and passions to the next level is don't shun the extra work to achieve your goals. Embrace the work as a challenge and through doing that, you will set yourself up for not only future successes, but also when you do achieve your goals it will be all the more sweeter knowing the work that has been put in.

Q: Aside from winning a Gold medal, is there anything else you hope to achieve, do, see or accomplish while in Rio?

A: A gold medal is certainly the aim and would be the icing on the cake of a very long and hard journey. However four years ago I set a goal of embracing the challenges of the cycle and doing my best to enjoy the experience. In London I certainly put too much pressure on myself and didn't value the opportunity in front of me as much. So this time around I am trying to enjoy the experience as much as possible and embrace all the challenges with both hands. Hopefully that will lead to a gold medal.

After a narrow loss to hosts Brazil, you can catch Johnno in action again for the Aussie Sharks at 2.00am AEST on 9 August against Hungary. And in case you missed it, read our first profile of alumna and Mixed Multihull sailor Lisa Darmanin or watch the latest episode of Pulse featuring Rugby Sevens star Henry Hutchison.

To follow the progress of Johnno, Henry and Lisa in Rio stay tuned to our Facebook page. And to learn more about both our current athletes and former Olympians, keep an eye on the UNSW Business School Newsroom throughout the games.