A day for turning parking spaces into pop-up parks

This Friday is PARK(ing) Day, when people pay a parking meter then turn the space into a pop-up parklet. It's a day that invites citizens to rethink the city and their place in it, writes Amelia Thorpe. 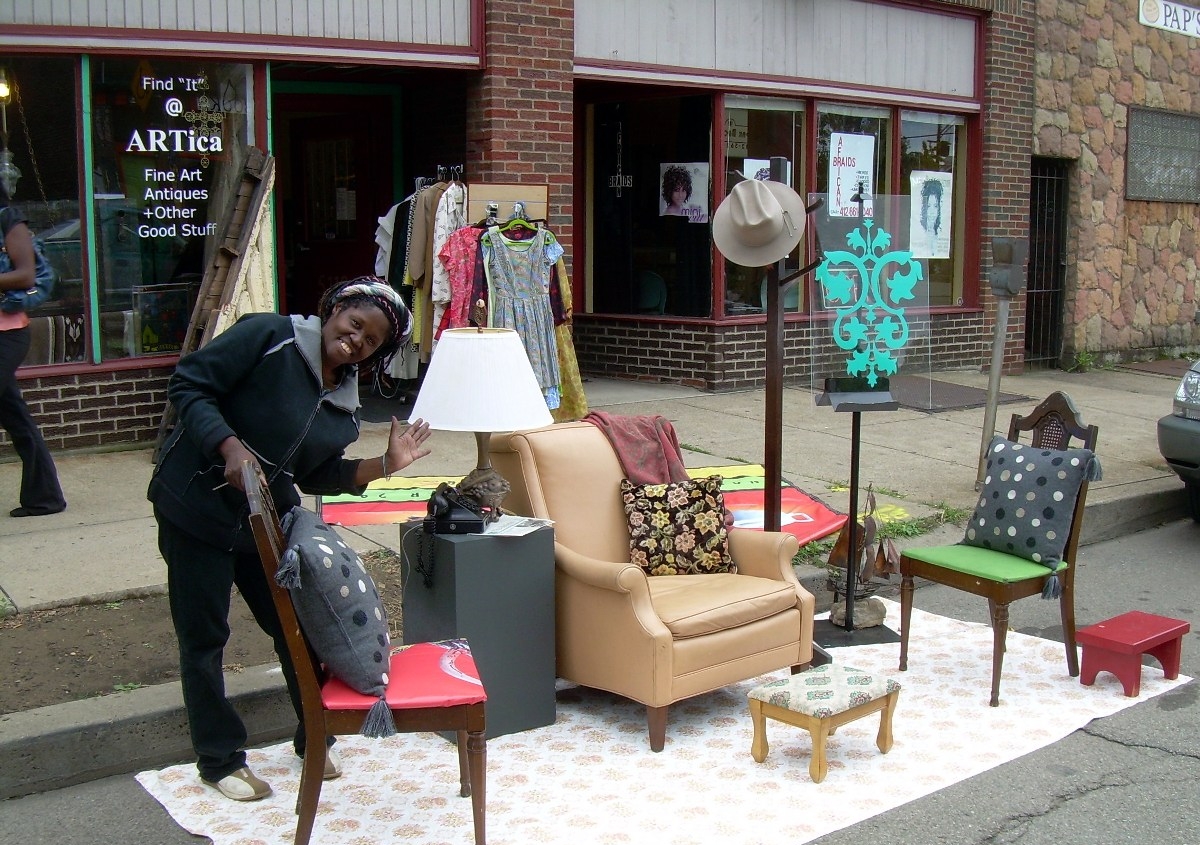 OPINION: Parklets are popping up everywhere. Cities around the world – and increasingly across Australia from Fremantle to the Fraser Coast – are introducing programs to convert roadside parking spots into more green and sociable spaces.

In Sydney, Waverley Council’s Urban Interventions program received an award for “best planning idea” from the Planning Institute of Australia (NSW) in 2014. The Glebe Chamber of Commerce is running a crowdfunding campaign to turn its pilot parklet into a more lasting installation.

Before parklets there was PARK(ing). In 2005, members of the San Francisco design collective Rebar paid an on-street parking meter for two hours. Rather than park a car, Rebar used the space to create a “park” with turf, a tree, a bench and signs inviting passers-by to sit and relax. Rebar then packed up and returned the space to its former condition.

While the event was not intended to continue beyond the initial two hours, photos and video were rapidly shared online. The images proved inspirational: requests quickly came from people asking how to create their own “parks”. Rebar responded by producing a how-to guide and decided to launch an event that would make a much bigger statement about the use of public space.

PARK(ing) Day has spread beyond the event itself. As well as parklet programs, the first of which was introduced in San Francisco in 2010, the day has inspired a number of other activities.

Participants have gone on to develop a range of related events, from the skipsters of Melbourne to the temporary villages of Montreal to the worldwide Better Block movement.

A pop-up parklet in Sydney in 2014 displays proof of payment for the use of the parking space. Amelia Thorpe, Author provided

At the core of PARK(ing) Day is an idea about law. Paying the parking meter was seen as a way to access ownership, albeit temporarily, in a city where the means to acquire legal title were beyond the reach of many residents.

Its instigators described this act as creating a “lease”, a property right that brought with it a right to engage in planning, by participating in the development of a vision of what could be and, significantly, in the (fleeting) material creation of that vision.

At first, the vision was for more parks in an area that – according to the city’s own maps – had little green space. In subsequent iterations in cities around the world, PARK(ing) Day participants have claimed and reclaimed the street in diverse and dynamic ways: from croquet greens to community health clinics, libraries to lemonade stands, bike workshops to weddings.

Turning a parking space into a park is a quirky idea, but even in 2005 it was not entirely new. Precedents can be found in many cities over many years: from the installations on California roads by Bonnie Ora Sherk in the 1970s, to the Parking Meter Parties held in Hamilton, Ontario, from 2001, to Ted Dewan’s road witching in Oxford, UK, from 2003, to Michael Rakowitz’s 2004 (P)LOT projects in Vienna, Austria, and Trento, Italy.

Yet none of these precursors succeeded in engaging or inspiring people on such a grand scale.

The power of a ‘sticky’ idea

Rebar describes PARK(ing) Day as a “sticky” idea. With very little organisation – almost none in recent years, since Rebar no longer exists – the event has proved extremely durable.

While some participants engage consistently over many years (the Sydney office of ARUP has built “parks” seven times since 2008), most participate just a few times. PARK(ing) Day continues to attract new participants: North Sydney Girls High School and locals around Australia Street, Newtown, are some of the newest.

The reach of PARK(ing) may be traced to the power of the initial image, or to the success (or luck) of Rebar in connecting with particularly influential people.

Friday, September 16, is the 11th PARK(ing) Day. Information and guidance are available Check it out. Better still, build your own “park”.

Amelia Thorpe is a Senior Lecturer and Director of Environmental Law Programs, UNSW.