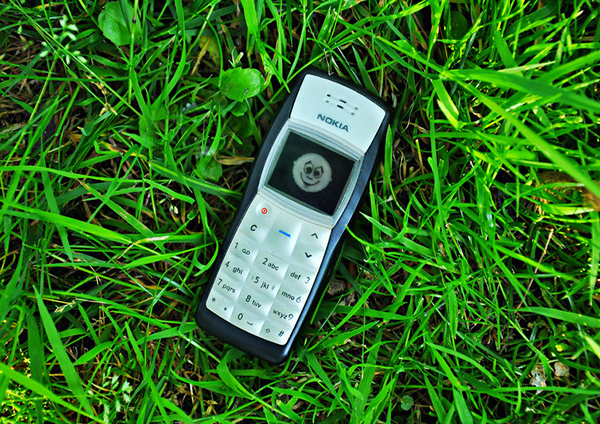 These products become memorials to obsolescence, suspended in the midst of rapid and unrelenting technological change. Some are clearly recognisable as iconic symbols of design and cutting edge technology, while others are almost forgotten. A new exhibition at the University of New South Wales showcases some of these beautifully designed consumer electronics and gadgets. The exhibits are drawn from a collection acquired by the university’s Industrial Design program.

This luggable 1980s transportable briefcase phone was an expensive and heavy item that was only really suitable for use in cars. The handset is attached to its base/charging unit with a purported 2 hour battery life. The design language of the Motorola CM 451 echoes telecommunications and two-way radio equipment, rather than the design language of a domesticated consumer or office equipment that would emerge in the coming decade.

Designed by Ettore Sottsass and often regarded as a design classic, the Olivetti Valentine is a lipstick red portable typewriter that exemplifies 1960s pop culture. The user guide starts with: “Dear Valentine, this is to tell you that you are my friend as well as my Valentine, and that I intend to write you lots of letters”.

The design was a refreshing counterpoint to stodgy beige aesthetic of many office products of the time. Despite this, the product was not a commercial success for Olivetti.

The Nokia 1100 mobile phone was first produced a little over 10 years ago. Over 250 million have been sold since it was launched in 2003. This once ubiquitous product is now mostly forgotten, having been replaced by the smartphone. Many now reside in a suspended animation lost in drawers, cupboards or boxes, while others still remain in use in the developing world.

Pre-dating the Sony Walkman by several years and the Apple iPod that would come decades later, the Panasonic Toot-a Loot bangle radio was an attempt to combine mobility and personal audio. The peculiar looking AM radio was much too heavy and large to be worn on the wrist.

The design language combines 1960s pop design aesthetics with reference to telephone dials and trumpets in brightly coloured ABS plastic. The product was intended to appeal to 1970s teenagers but is more likely to appeal to collectors of mid-century retro.

Having successfully marketed a pocketable TR-63 transistor radio in 1957, Sony then turned its attention to developing semiconductor transistor that could operate in high temperature environments required for television. The TV8-301 was the world’s first non-projection type 23 transistor television.

To the average consumer, the TV8-301 was seen as an expensive luxury item. However, it was rather prone to malfunction, which led to it being called Sony’s “frail little baby".

Though expensive, the SX-70 was popular in the 1970s and retains a cult following today. The SX-70 included many sophisticated features, including a collapsible mirror and lens elements. Many of its metallic looking mechanical parts were in fact precision plastic moldings in glass-filled polysulfone. A new film pack was developed for this camera that also contained a flat, 6-volt, single use battery to power the camera electronics, motor and flash bar.

The revival of interest in vinyl records has resulted in a demand for vintage hi-fi equipment. The Braun P1 pocket record player follows a line of remarkable audio products that influential industrial designer Dieter Rams created for Braun.
The formal, ordered, geometric minimalism and “snow white” aesthetic is still admired and emulated by many designers today. Jonathan Ive, Apple’s chief design officer, considers Rams one of his biggest design influences.

The Italian designed cassette player by Mario Bellini was an attempt by the Japanese Yamaha to capture the high-end hi-fi market for an inherently inferior audio reproduction technology – the compact or audio cassette.

The angular black wedged design was a departure from typical hi-fi products of the time that were mostly rectilinear boxes. The close attention to the detailing of switches, sliders and sound level meters echoes to equipment expected in a professional recording studio, somewhat similar to hot-rod trim on a suburban family wagon.

The Kodak Bantam (1935) is a compact folding film camera. The Art Deco, streamlined teardrop form represents a pinnacle of design styling of its time. The machined diecast aluminium body was coated with a black enamel finish that highlights the raised aluminium ribs protecting the enamel from wear.

A pioneering touchscreen device that was ahead of its time when first released in 1993. At the time the internet was only available on specialist desk top computers, but the Messagepad established the foundations for the many screen based technologies that followed, notably Personal Digital Assistants (PDAs) and the much later iPhone and iPad.

The early touch screen, with its pen-based stylus, made the Messagepad a distinctive and unique product. It used a word-based, trainable handwriting recognition software engine that was unfortunately completely impractical in actual use. It failed to meet expectations for many users and was ultimately withdraw from the market.

The UK built PPC 512 was the first portable computer made by Alan Sugar’s firm Amstrad. It predates apple’s Macintosh portable computer by one year. A key feature was its ability to run on 10 C cell batteries, although not for very long.

It’s classified as a laptop computer, but it is hard to imagine lugging the 6 kilogram beast with its small 9 inch monochrome LCD screen and 512KB of memory. Despite its poor performance and sales, its product design is well resolved. When closed it presents as a rugged durable package that hides a hinged keyboard and adjustable screen.

Beautiful Obsolescence opens on September 2 at the University of New South Wales, as part of the Sydney Design Week 2016.

This article was originally published in The Conversation.