Extinction alert: saving the world from a deadly asteroid impact

Large asteroid hits on Earth have the potential to wipe out humanity so knowing as much about them, including how to detect and deflect them, is vital, writes Michael Dello-Iacovo. 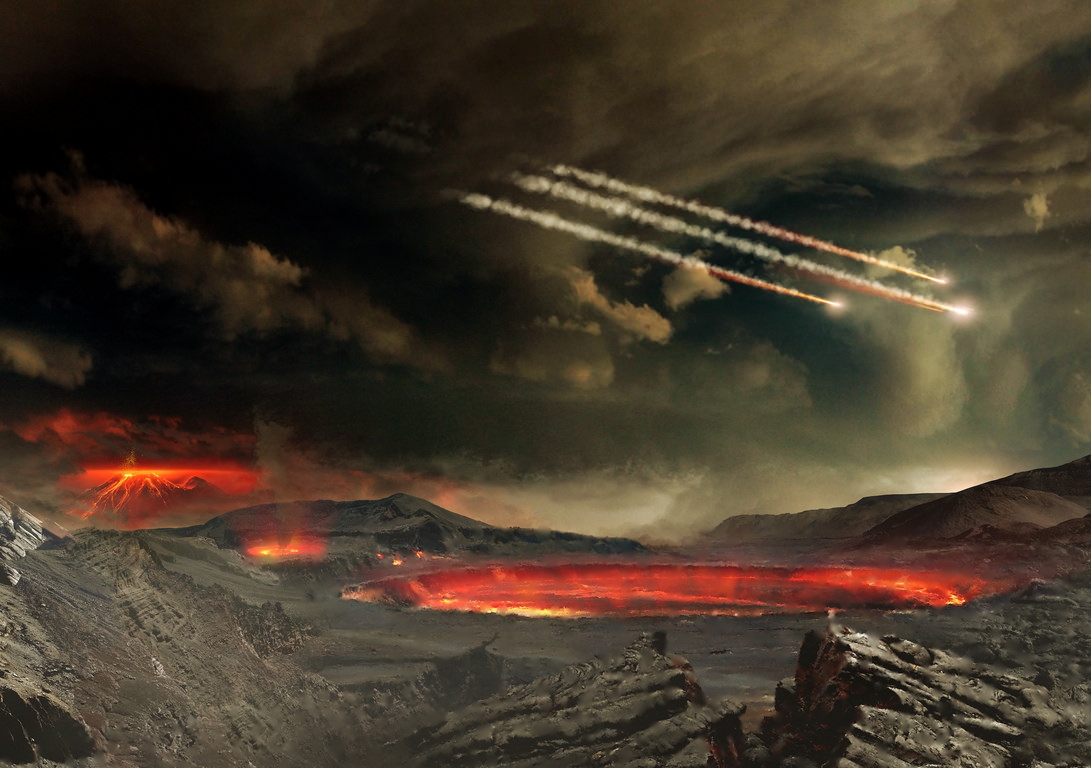 OPINION: Sixty-five million years ago, disaster struck the Earth. An asteroid or comet around 10km in diameter slammed into what is now the Yucatan Peninsula in Mexico.

While the idea was ridiculed at first, this event is now widely believed to be the reason the dinosaurs became extinct.

This realisation led to a rallying of scientists and engineers around the world to detect and monitor the asteroids in the heavens, and if need be, to be prepared to deflect one from hitting us.

Today, we have a Planetary Defense Coordination Office under NASA whose sole mission is to prepare us for this unlikely but devastating possibility.

But there are many smaller asteroids that can still do a lot of damage which are undetected. In 1908, the Tunguska event flattened about 2,000 square kilometres of forest in Siberia.

This asteroid was only about 50 metres across, but we have only found about 1% of the near Earth objects (NEOs) of this size.

Despite being so rare, if a large asteroid did hit Earth, it would cause extraordinary damage. In fact, you’re more likely to be killed by an asteroid than die in a shark attack.

We know about a number of recent asteroid impacts, but we’re still discovering more in the geological record. Currently it’s estimated that NEOs which can cause global ecological effects occur around once every 500,000 years.

Right now, despite being able to detect and track large asteroids (you can look at current known asteroid positions yourself using online databases), we know very little about their interior.

Much of what we do know is based on meteorite samples which have fallen to Earth. But it is difficult to extrapolate small samples to understanding what asteroids look like as a whole.

Asteroids have several types based on mineral composition, but their internal structure can also potentially take several forms.

Some might be rubble piles, weakly held together by gravity and electrostatic forces, while others might be solid bodies of rock. Different structural types would require different methods of deflection.

For example, a rubble pile might break up if we hit it with an object, with each smaller piece still posing a threat. This might dictate a more finessed approach, such as hitting it with a smart cloud of smaller particles released by a space craft.

The use of explosive devices to move an asteroid is expected to be about 100 times less efficient on porous asteroids compared to more solid bodies.

My research involves repurposing geophysical techniques used for more than a century on Earth to determine the strength and structure of asteroids. To test whether these techniques will work requires simulating asteroid conditions in a lab.

This means we have to recreate the gravity, atmospheric and temperature conditions. We also have to find a material that matches the properties of an asteroid surface to test our equipment on.

NASA performs experiments in low gravity using a parabolic jet, which is temporarily in free fall. Atmospheric conditions can be modified in a vacuum chamber.

Researchers have developed simulant materials that are similar in chemical composition to various classes of asteroids. As well as being useful for testing mining equipment that might be used on asteroids, they can also be used to test geophysical equipment might be able to determine useful properties, such as structure.

Once this technology is proven, it can potentially be used to land on an asteroid and peer into its interior. By understanding its structure, porosity and strength, we can then start to plan deflection strategies for individual asteroids, and for asteroids in general.

The dinosaurs went extinct because they didn’t have a space program. Luckily, we are more prepared (although Australia is still one of just two OECD nations without a space program, the other is Iceland).

If we were to detect an inbound asteroid with warning of at least several years, we can send a mission to find out what it’s made of. Then we can plan the optimal strategy complete with backup plans.

In 1995, a workshop with ex-Cold War US and Russian weapons designers was held to propose a way of deflecting an asteroid if it was detected at the last minute. They came up with (though never built) a nuclear weapon capable of instantly vaporising a 1km asteroid.

It would also have the potential to move an extinction class asteroid out of our path given at least a few months notice, or a comet given two years notice. Given any less time, we may have to be content with evacuating as many people as possible from the predicted landing site.

Asteroid impacts aren’t the only event that might wipe us out. Nuclear warfare, biological terrorism and artificial intelligence all have the potential to destroy us. Some researchers have even suggested that the probability of humanity surviving until 2100 is just one in two.

Given this level of risk, one thing is certain: we can and should spend more time and resources trying to reduce these risks.