When the Swans burst through their banner at the MCG for the AFL grand final, UNSW will have plenty of reasons to cheer them on. 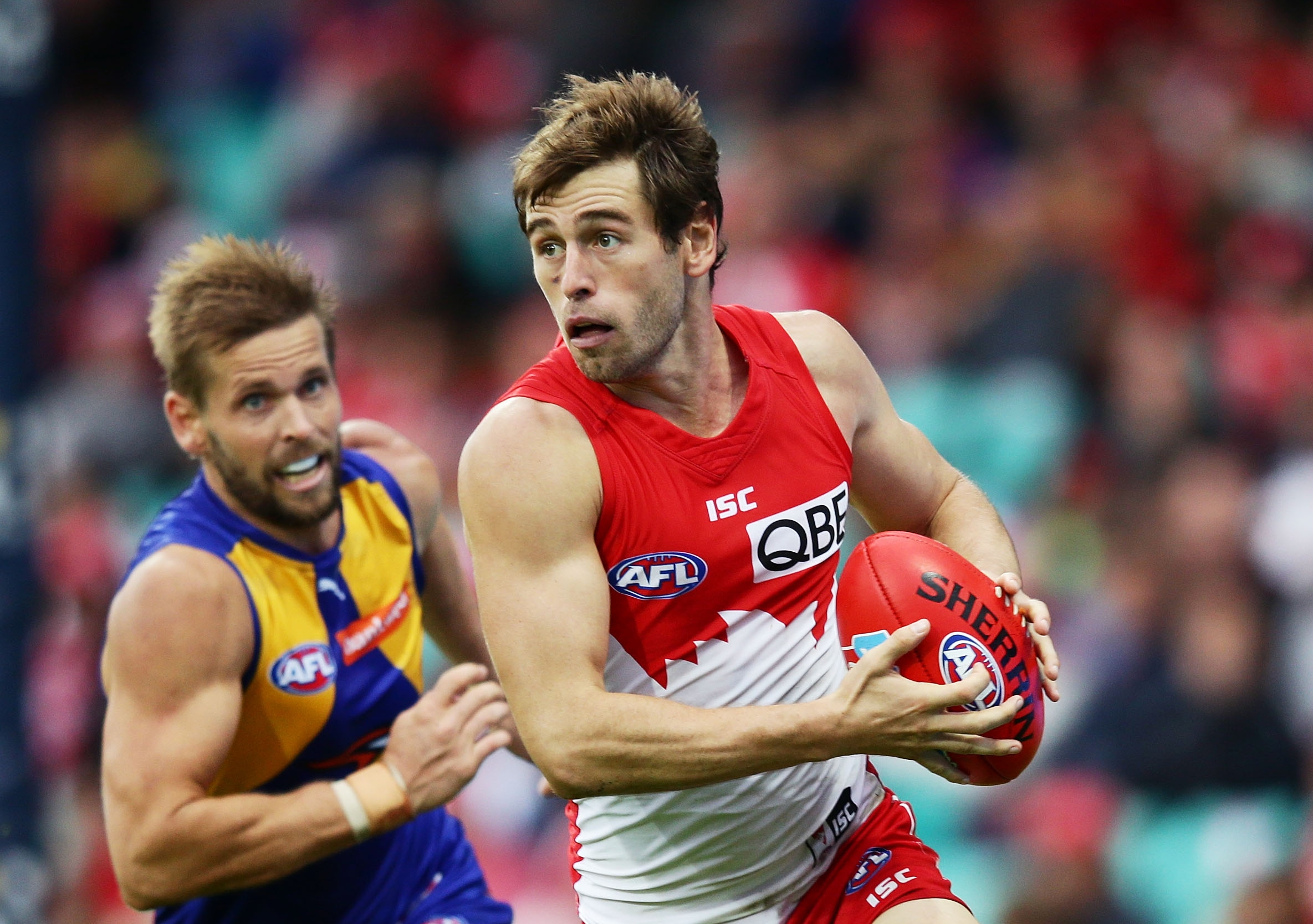 Two UNSW students – Sydney Swans defender Nick Smith and midfielder Tom Mitchell – will run onto a packed MCG this weekend for the AFL Grand Final clash with the Western Bulldogs.

Joining them on the field will be UNSW Business School graduates Josh Kennedy and Dan Hannebery, who are both star midfielders in the Swans line-up.

“We wish them all the best for the grand final. Go the Swannies!” says UNSW Elite Athlete support program manager Helen Bryson.

All four have been supported in their studies by the UNSW Elite Athlete Support Program, which has enabled the AFL players to compete at an elite level while also studying part-time.

“This is the third grand final for Nick Smith since he commenced his economics degree. It really demonstrates the success of elite athlete support programs in helping athletes combine study with their sporting pursuits,” says Bryson.

Cheering from the sidelines will be Sydney Swans forward Brandon Jack, who is studying a combined journalism/law degree at UNSW, and 2012 premiership players, UNSW graduates Tadhg Kennelly and Ted Richards.

Nick Smith recently spoke to the Business School about his AFL career so far, why he chose his degree and how he manages to balance footy and study:

Q: You’ve played over 160 games for the Sydney Swans now, including two grand finals, how does it feel to be a part of such a successful era of Sydney Aussie Rules, despite being from Victoria?

A: Initially I wasn’t happy to leave Melbourne and come up to the Swans but I don’t regret it at all. It’s been such a good journey, and to be at such a great, successful club has made me glad I made the move.

Q: Every week you’re tasked with tagging some of the game’s best players, including the likes of Eddie Betts, Cyril Rioli and Hayden Ballantyne, what’s the biggest challenge in trying to match those guys week in and week out?

A: It’s a good thing when you’re playing on really good players because you know you have to be up for every game and ready to go. On the other hand, when you play on really good players every week you’re pretty mentally drained by the end of the season, so it’s good to have a good break. It’s actually good to do a bit of uni study as well and make sure it’s not footy all the time, so you do have other things and when you need to switch on you can.

Q: You’re renowned as a model professional, and the club website says you’re meticulous with your physical preparation and recovery, have you always been that way and does it extend to all facets of life?

A: Yeah, I think so. Being at the Swans has helped develop that; we talk a lot about accountability and discipline and all those kind of things. I reckon naturally I was a bit like that but being immersed in the Swans culture has taught me those things as well.

Q: On top of your footy commitments you’re also studying an Economics degree here at the UNSW Business School. A lot of people imagine professional athletes living the high life, not buried in books after training. How difficult is it for you to manage the balance between sport and study?

A: Well I wouldn’t say I’m buried in the books so to speak – I only do one subject a semester and that’s more than enough. It’s been ten years at uni and I’m looking to finish next year actually. As I said, it’s really good to have something other than footy and I do enjoy getting away from it. I find the economics side of things very interesting and it’s important that you do something because footy doesn’t last forever.

Q: Why did you choose an Economics degree, and what sort of future in the workforce do you envisage when you hang up the boots?

A: I’m not sure yet. I did economics because I found it interesting and pretty broad – it can get you into lot of things. I’m starting to do a little bit of work experience now and in the next couple of years, towards the end of my footy career, hopefully nail down what I want to do next.

Q: How do you cope with the nerves before you run out onto the MCG in front of nearly 100,000 people?

A: You don’t actually notice the crowd too much once the game starts. I’m pretty focused on what I need to do and what we need to do as a team. It’s just about going about our business and nothing else really comes into account.

Q: Thanks for your time Nick, and all the best this weekend. Go Swannies!