Public law in the spotlight in new Mason Conversation series

Sir Anthony Mason and Professor George Williams will discuss past trends and future challenges for Australian law and government in the inaugural Mason Conversation at UNSW on Tuesday 4 October. 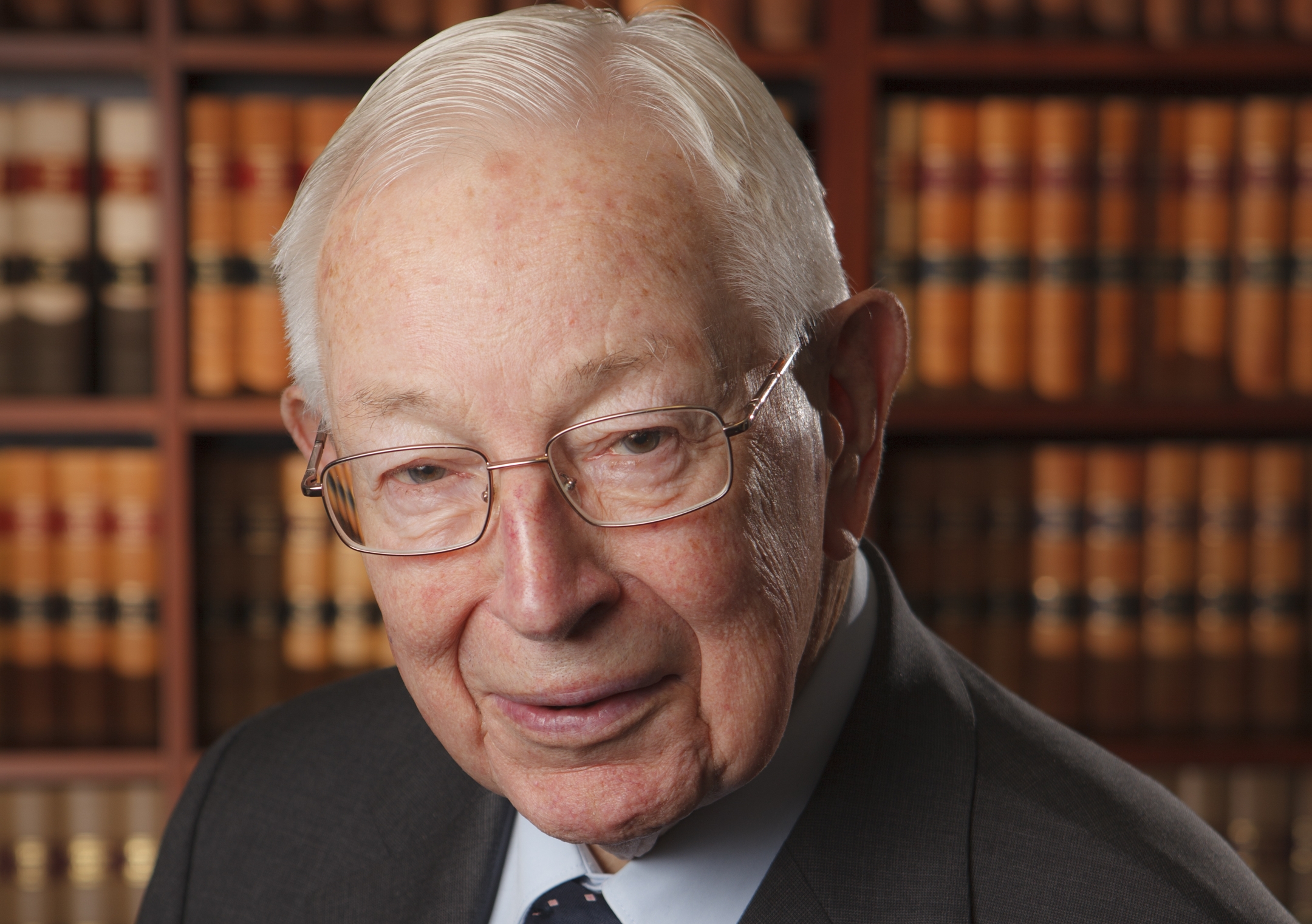 A new annual event at the University of New South Wales (UNSW) will feature prominent guests in conversation about contemporary issues in public affairs, with a focus on public law.

Co-hosted by the Gilbert + Tobin Centre of Public Law and UNSW Law, the Mason Conversation series is named in honour of Sir Anthony Mason and his decades-long contributions to UNSW, UNSW Law and the public law community.

Sir Anthony has agreed to be the first speaker for the inaugural Mason Conversation on Tuesday October 4. He will lead a discussion on present trends and future challenges for Australian law and government and reflect on the influences and milestones in his long career as a barrister, judge and public figure.

The event will take a Q&A format, beginning with a dialogue between Sir Anthony and Professor George Williams, Dean of UNSW Law and Anthony Mason Professor. Areas covered will include Sir Anthony’s own experiences as a law student, some of the landmarks of his career as a judge, his approach to decision-making in big cases such as Mabo, his experience on the Hong Kong Court of Final Appeal and his thoughts on law reform and the contemporary challenges for government institutions and political processes. The audience will then have an opportunity to ask questions.

Associate Professor Sean Brennan, Director of the Gilbert + Tobin Centre of Public Law, said he was delighted that Sir Anthony had accepted the invitation to be the first speaker in the series.

“Sir Anthony is not only one of the leading lawyers and public figures in Australia from the last 50 years, he also has a very close connection with the university, its law school and the Gilbert + Tobin Centre of Public Law,” Associate Professor Brennan said.

“He was Chancellor of UNSW from 1994 to 1999 and has been Chair of the Gilbert + Tobin Centre’s Advisory Committee since its inception in 2001. He has been particularly generous with his time and advice to our students in the PhD program, as well as funding a Postgraduate Award scheme.”

Associate Professor Brennan said the dialogue format offered a great opportunity to find out more about the speaker and their perspectives on important historical and contemporary issues.

“The Mason Conversation will become an annual event that highlights the relevance of public law to government, politics and the challenges we face,” he said.

What: The Mason Conversation