Weekly visits by UNSW students to the Villawood Immigration Detention Centre have culminated in a special issue of Human Rights Defender magazine. 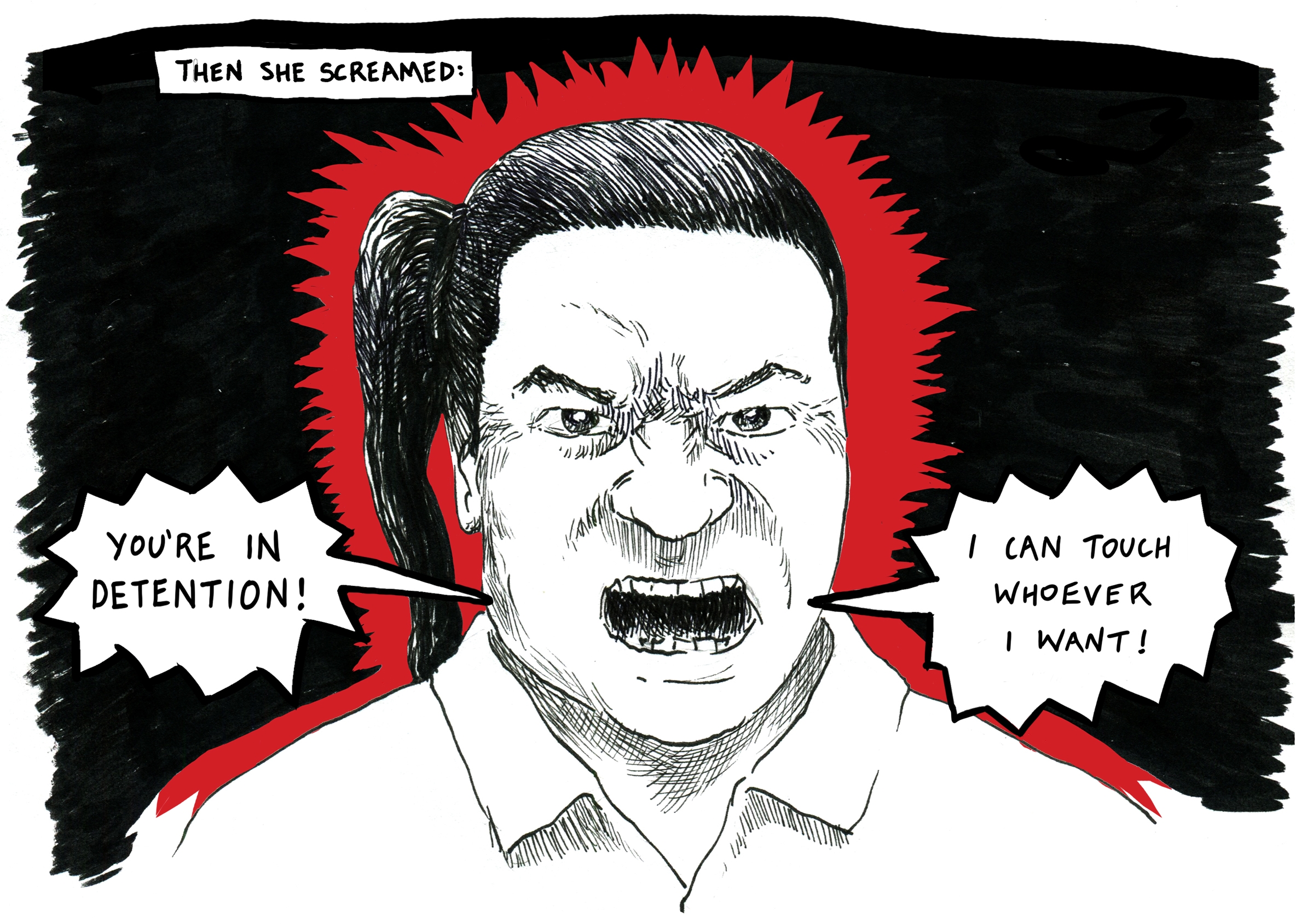 Once a week for the past two years, students from UNSW Law have volunteered to travel to Villawood Immigration Detention Centre to visit detainees.

Working with members of the group Supporting Asylum Seekers Sydney (SASS), the Refugee Art Project and the Asylum Seeker Resource Centre, they meet with the detainees to offer support and friendship. They also liaise with detainees’ case managers and lawyers and help with the administrative tasks that can make immigration cases so frustratingly slow.

Last year they set up the Humans of Detention Facebook page, based on the popular Humans of New York project and featuring individuals’ stories paired with paintings created by Sydney artists.

Nanak Narulla, a third-year Arts/Law student, and Eloise McCrea-Steele, a fourth-year Fine Arts/Law student, wanted the magazine to acknowledge the work of SASS and other human rights advocates, to encourage people to get involved, to give a voice to the detainees they had met and to enrich peoples’ knowledge of the system. 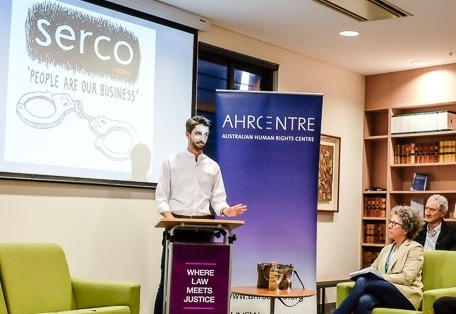 Their special issue includes a history of the site of the detention centre, a profile of SASS member Vera Hazel, an interview with two Villawood detainees detailing their daily life, a spread from Villawood: Notes from an immigration detention centre, the Walkley Award-winning graphic novel by Safdar Ahmed, an interview with artist Wendy Sharpe about the Portraits of Humanity project, and an examination of Australian community attitudes to asylum seekers and refugees.

Launching the issue, AHRCentre Director Professor Andrea Durbach noted the timing of this special issue, which comes in the wake of the “cruelly dismissive” official responses to the “disturbing and distressing Nauru files”.

“How we wrest back our humanity from political expediency to civil decency, how we develop and execute policies that manifest our responsibilities as compassionate, generous citizens, is really at the core of this small but significant gesture that led to the special edition of the Human Rights Defender on Villawood,” she said.

Nanak Narulla, who recently returned from a visit to the Manus Island detention centre in Papua New Guinea, said he began his weekly visits to Villawood with the aim of learning what being in detention was actually like.

“When I first went to Villawood, I didn’t quite know what to expect,” he said at the launch. His first visit was fairly confronting, but getting to know detainees made him want to go back every week.

The students’ issue of the magazine was an opportunity to offer the human face of detainees and provide an insight into their daily life.

“Our core motives were to diversify the narrative, to tell people a little bit about the mundane experiences of asylum seekers, about the mental health aspects of being an asylum seeker as well as the practical realities of being in a detention centre,” he said. 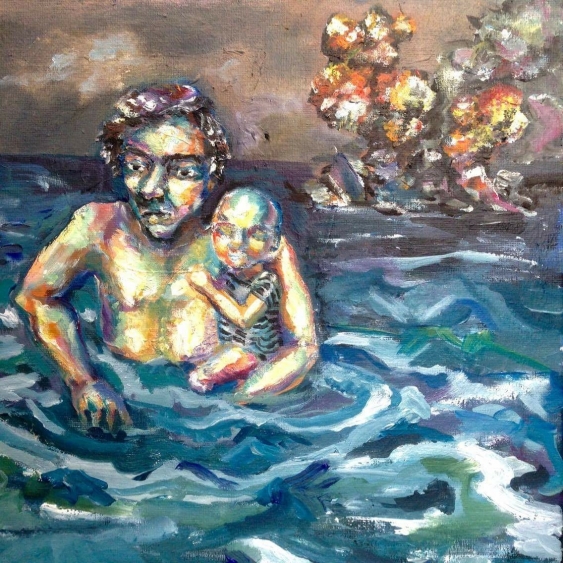 A painting by asylum seeker Miri Badger, one of the refugee works featured in the special issue of Human Rights Defender.

They also wanted their issue to have a strong focus on art and its ability to provide a voice for those who are often not heard.

Safdar Ahmed, whose black-and-white graphic novel starkly illustrates detainees’ experiences in the countries they fled and their life in detention, explained how the Refugee Art Project helped give asylum seekers a sense of empowerment and agency.

“The work is interesting because I think it shows peoples’ individual stories are very complex. Human beings are complicated, they have very rich histories, and it’s not always comfortable to reduce them to the status of refugee,” he said at the launch.

Even refugee supporters could fall into the trap of reducing their status, seeing them only through the prism of their suffering.

“I think people are a lot more than just their refugee experience. If there’s one thing I hope our organisation can give, it is a fuller picture of peoples’ experiences and the complexity and depth and richness of their personalities.”

Angela Nickerson, a lecturer at UNSW’s School of Psychology and Director of the Refugee Trauma and Recovery Program, outlined the long-term psychological effects of indefinite detention.

“Research is one of the most powerful tools to help refugees. Without it, we can only guess at what strategies will help these people,” she said.