Women show it can be Made By Me 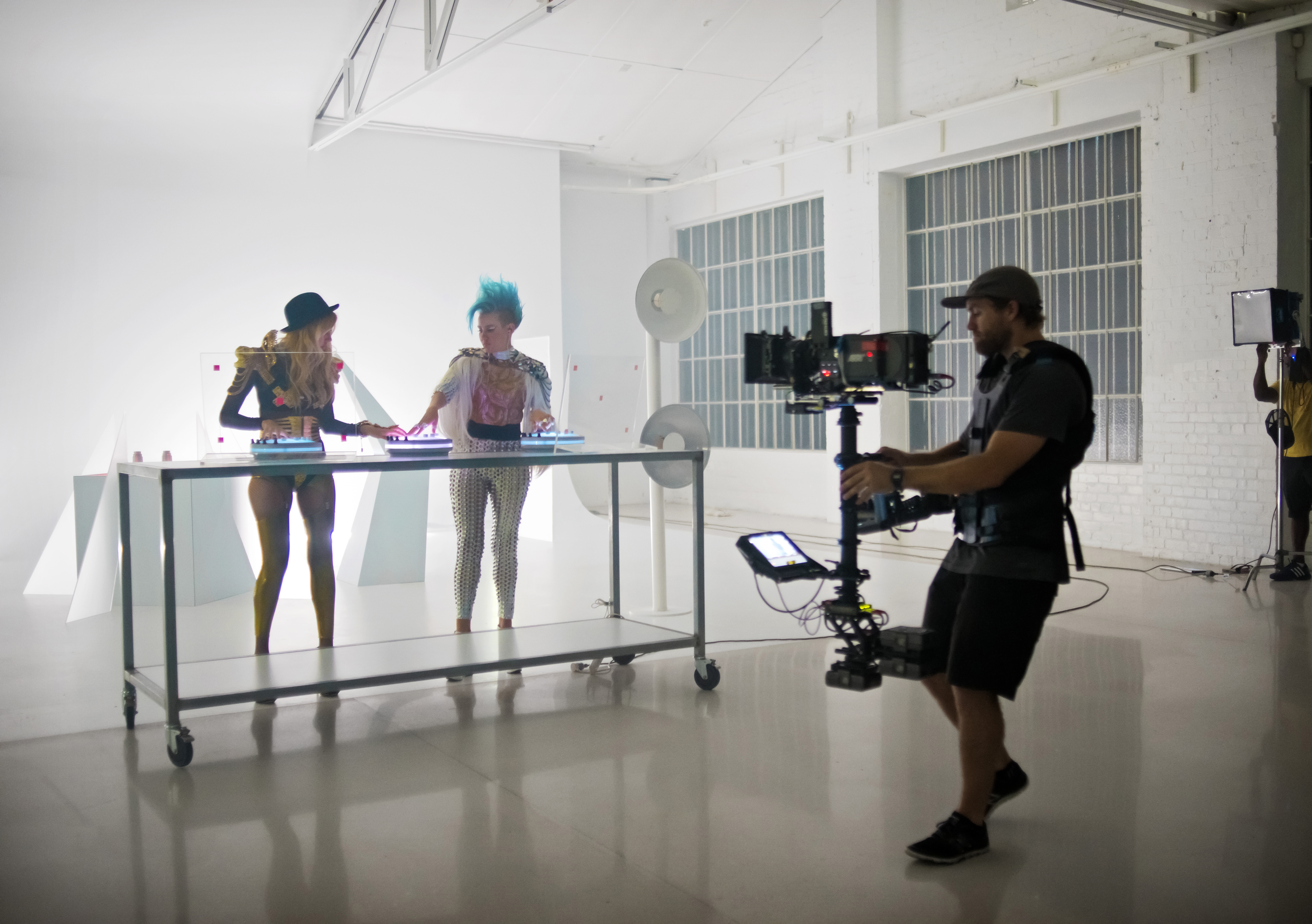 Eight top universities, led by UNSW, have launched a song and music video  by Australian twin sister–DJ duo NERVO to highlight engineering as an attractive career for young women.

NERVO, made up of 29-year-old singer-songwriters and sound engineers Miriam  and Olivia Nervo, launched the video clip  for People Grinnin’ worldwide.

In the futuristic music clip, female engineers create android versions of NERVO in a high-tech lab, using glass touchscreens and a range of other technologies that rely on engineering. Their work highlights how engineering is embedded in every facet of modern life.

It aims to challenge stereotypes and show how engineering is relevant to many aspects of our lives, in an effort to change the way young people, particularly girls, see the discipline. Although a rewarding and varied profession, it has for decades suffered gender disparity and a chronic skills shortage.

We loved the chance to show the world that there is engineering in every aspect of our lives.

NERVO, the Melbourne-born electronic dance music duo, pack dance floors from Ibiza to India and, according to Forbes magazine, are one of the world’s highest-earning acts in the male-dominated genre. Miriam and Olivia Nervo said the Made By Me project immediately appealed to them. “When we did engineering, we were the only girls in the class. So when we were approached to get behind this project it just made sense,” they said.

“We loved the chance to show the world that there is engineering in every aspect of our lives. We’re sound engineers, but our whole show is only made possible through expert engineering, from the make up we wear, to the lights and the stage we perform on. Engineering makes it all possible, including the music that we make,” the duo added.

Made By Me includes online advertising across desktop and mobiles, a strong social media push, a website telling the engineering stories behind the video and links to career sites, as well as the song and video, which was released by Sony globally on the same day.

UNSW’s Dean of Engineering, Mark Hoffman, said: “We needed to find a way to meet teenagers on home turf and surprise them with an insight into engineering that would open their minds to its possibilities. This is what led to the idea of producing an interactive music video, sprinkled with gems of information to pique the audience’s interest in engineering.”

Hoffman, who became Dean of Engineering in 2015, has set a goal to raise female representation among students, staff and researchers to 30% by 2020. Currently, 23% of UNSW engineering students are female.

Australia is frantically short of engineers: for more than a decade, the country has annually imported more than double the number who graduate from Australian universities.

UNSW has also created a new national award, the Ada Lovelace Medal for an Outstanding Woman Engineer. The inaugural medal has been awarded to Mary O’Kane, the NSW Chief Scientist and Engineer.